How to use Live Text on Mac running macOS Monterey 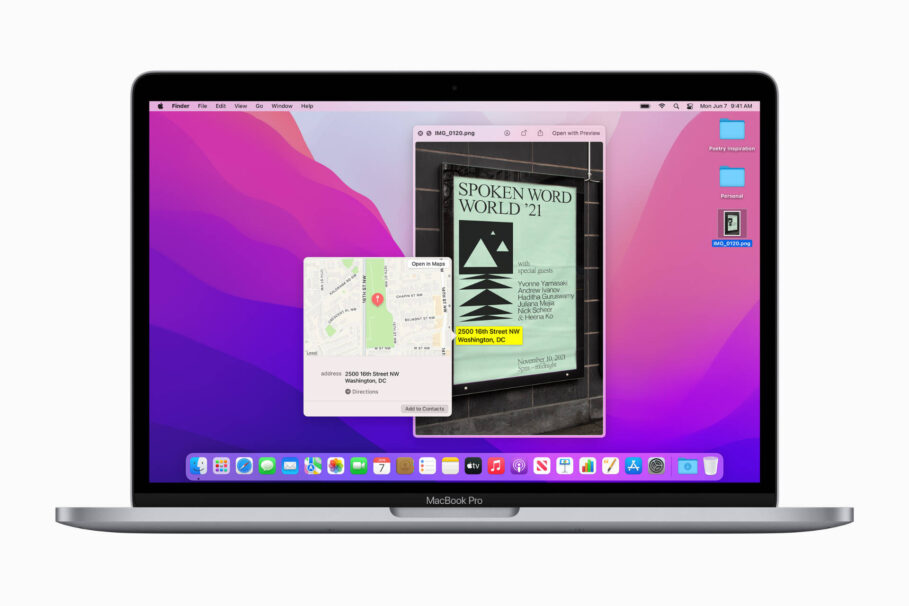 If you’ve ever felt the need to copy text from photos on your Mac, but were put off by overwhelming, paid apps; there’s good news.

macOS Monterey, just like iOS 15, now comes with a built-in OCR tool of sorts that lets you copy text from photos as well as integrates smart text functions. It’s called Live Text and is a new addition to Apple’s latest operating systems.

The process of determining text from a photo employs Machine Learning smarts that are entirely executed on the system. This ensures that no data is sent over to Apple for analysis, which resultingly, strengthens privacy.

This also means that the feature is only available on devices that can process such information on-device. And there’s only one kind of Macs capable of that—Macs with M1 chips.

That said, those with M1 Macs are in for a treat, especially because the Live Text feature works flawlessly and employs smart text recognition.

Smart text recognition identifies special text such as tracking numbers, phone numbers, addresses, formatted text, links etc., and assigns actions for them. For instance, tapping on a link identified by Live Text will automatically open it in Safari. Similarly, tapping on a phone number will prompt options to call that phone number.

How to use Live Text on a Mac

Live Text is accessible on photos that appear in four places:

Let’s take a look at how to access and use Live Text in these places.

Note that numbers and other smart text such as addresses will be accompanied by an outline and a dropdown arrow that you can click to reveal more options. These options usually include adding a number to contacts, copying it, calling it using FaceTime, and more. Likewise, options that appear on addresses include opening it on Maps, copying it, and more.

Dates are also highlighted letting you add them easily to the calendar, quite useful for invitations.

While interacting with Phone numbers using Live Text, there’s also an interesting option labeled “Large type” which displays the number in a huge overlay as shown in the image above. This is quite useful for people with limited visibility while also being useful for everyone as it’s much clearer to read numbers that way than in pixelated photos.

How to use Live Text in Quick Look on macOS Monterey

For those unaware of Quick Look, it’s a handy utility in macOS that lets you quickly preview photos and files. In order to view a photo in Quick Look, all you need to do is select the photo in Finder and hold the spacebar on your keyboard.

Here’s how to use Live Text in Quick Look photos:

How to use Live Text in Safari on macOS Monterey

When you come across a photo with text in Safari while browsing, hover your mouse pointer over the text and select the text to copy it.

Note that it may take a while for photos in Safari to generate Live Text data because of the nature of how images are loaded on web pages.

Even though text recognition and OCR have existed for a while—long enough to brush it off as unexceptional when someone comes across it—it’s still amazing to see it implemented system-wide.

Apple isn’t the first company to do so, though. Google has done it with its Google Lens app on Android phones. While the functionality differs between the two to a considerable level, Apple’s Live Text is more rooted into the system and accessible almost anyplace there are photos.

It’s also a fact that no desktop operating system at the moment offers such functionality except macOS.

Live Text is also accompanied by a Visual Lookup feature that offers information about objects in a photo. However, that’s a topic for another post. So, stay tuned and let us know in the comments section below your thoughts on the matter.