How to change Playback Speed of Voice Memos in macOS Monterey 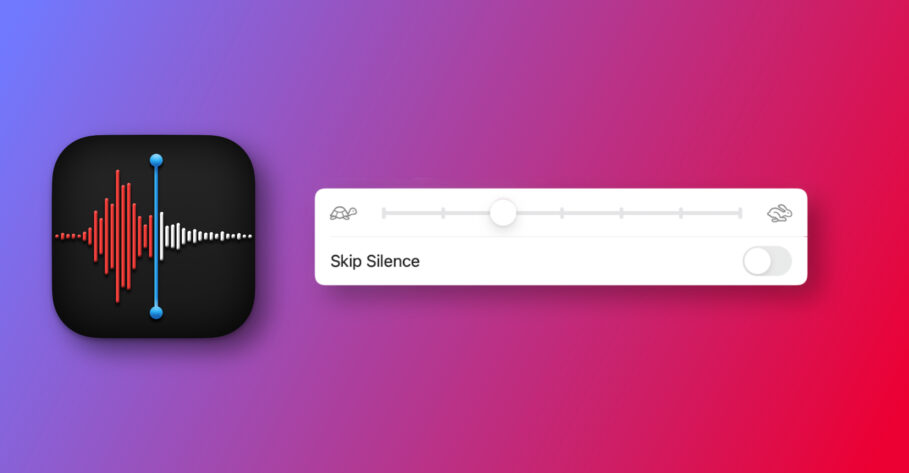 The Voice Memos app for Mac, iPhone, and iPad has been underrated for a long time. Its beauty lies in its simplicity. One of the reasons it’s popular among voice recording apps is that it’s quick and reliable.

You can pick up your iPhone or fire the Voice Memos app on your Mac and with a slight touch of your fingers, start recording your voice. While its original user base is students and journalists trying to record lectures and interviews respectively, it’s increasingly being used by a new wave of users vaguely termed as “podcasters.”

How Voice Memos is improved for podcast creators

Podcasting is the activity of recording spoken conversations or monologues intended for broadcasting. Anyone can initiate their own podcasting channels. You don’t need a fancy microphone or a dedicated room with acoustic panels installed. You can make do with recordings created using the Voice Memos app.

And if you’re one of those people that use the Voice Memos app on their Macs and iPhones to record podcasts, there’s some good news for you. With macOS Monterey, Apple announced a couple of improvements to the app including the ability to change the playback speed and automatically skip silences from your recordings.

Both these features are aimed towards users who use Voice Memos extensively, AKA, podcasters. But they’re not necessarily limited to podcasters. Anyone can use these features to improve their recordings and tweak them as they deem fit.

You can increase the playback speed of your voice recording to sift through it for information or decrease it to spot errors in the recording.

Voice Memos, in all its simplicity, was already a powerful app. It’s even more powerful now. It’s interesting to note that Apple is actively working towards encouraging podcasters by pushing new features like playback speed controls and the ability to skip silences—which we will discuss sometime in the near future.