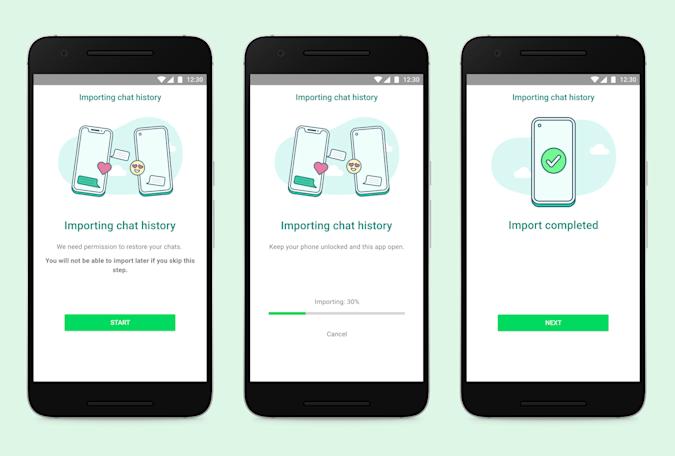 One of the major issues a lot of people have been facing while switching smartphone ecosystems is being unable to transfer their WhatsApp conversations.

Last year, my dad bought a 2nd Gen iPhone SE but didn’t unbox it until two weeks because he did not want to lose the important chat history he had with his clients on WhatsApp. It took me exactly that amount of time to figure out how to conduct the transfer without any loss of chat data.

By the end of the process, I was down ~$50 and countless hours that I could’ve utilized to do something meaningful.

While WhatsApp might not be as big a deal in the US as in other countries—especially due to the stronghold of apps like iMessage—it’s often the primary source of communication for many outside the US.

This leads to increased contemplation while deciding to switch between Android and iOS-based smartphones. And even if one does gather enough courage as to risk their WhatsApp chat data (if they deem it so important), the process for transferring it is difficult to even advanced users.

There’s no official method or tool that aids in the transfer. Instead, users are left to rely on expensive desktop utility software that ultimately facilitate the transfer of chats. The process of finding the right utility software, moreover, is like trudging through a minefield since most of these apps charge money to initiate the transfer but are somehow never able to finish it. Don’t waste more of your time by demanding a refund!

Now, thankfully, WhatsApp is taking a step towards addressing this issue. It’s allowing users, initially starting with Samsung phones running Android 10 or newer, to transfer their WhatsApp chat histories from their iPhones to their Android phones.

WhatsApp announced this option at Samsung’s Galaxy Unpacked event where the new Samsung Galaxy Z Fold 3 and the Z Flip 3 were launched.

The transfer process itself is quite difficult to implement, WhatsApp says. The iOS version of WhatsApp uses iCloud to backup chats in an encrypted format while the Android version uses Google Drive. Transferring chats between these two operating systems requires “additional work” from WhatsApp, developers of the respective operating systems, and smartphone makers.

This explains why the ability to transfer WhatsApp chats is originally only coming to Samsung smartphones, set to arrive in the coming weeks.

WhatsApp did not reveal when it plans to enable chat history transfers from Android to iOS. But for now, switching to an Android smartphone (Samsung, for now), is looking much easier and lucrative.