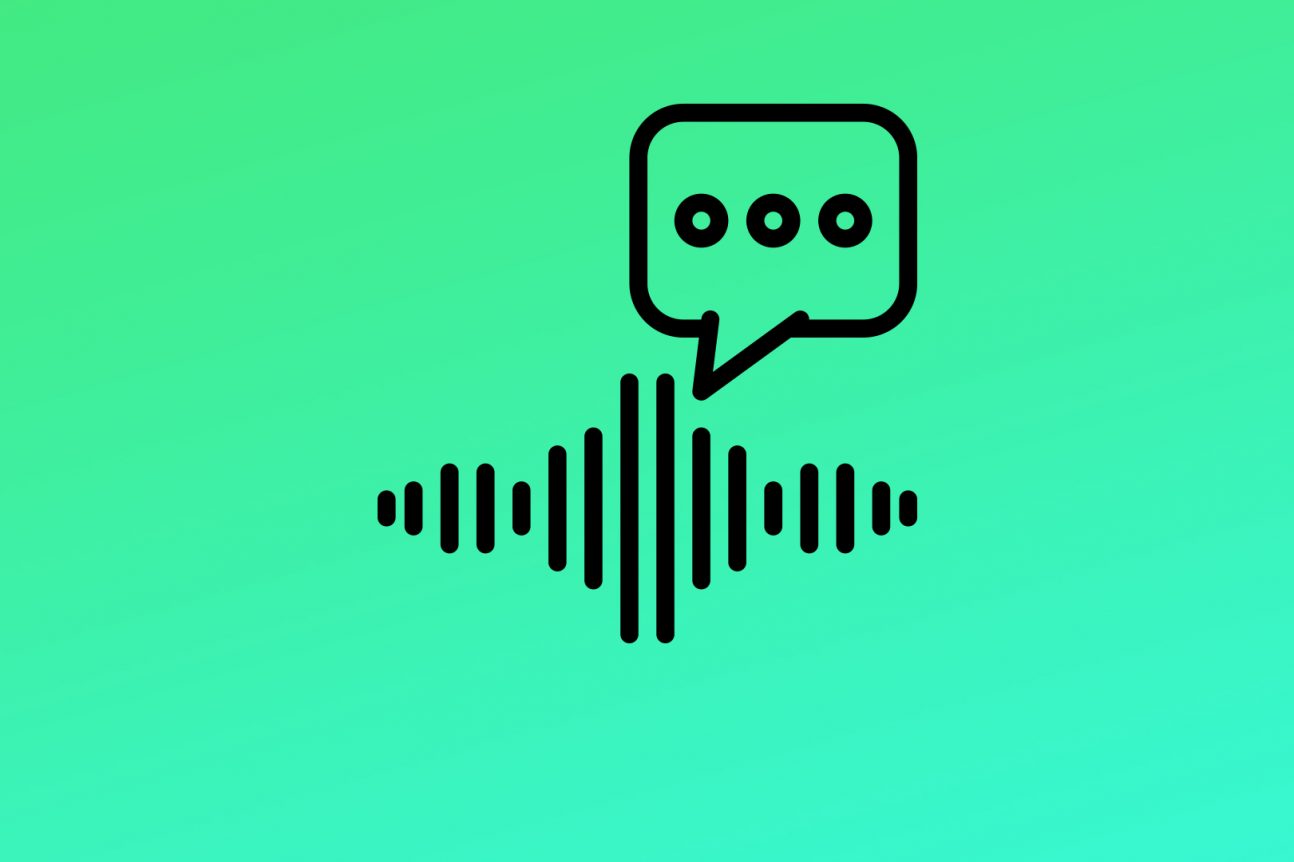 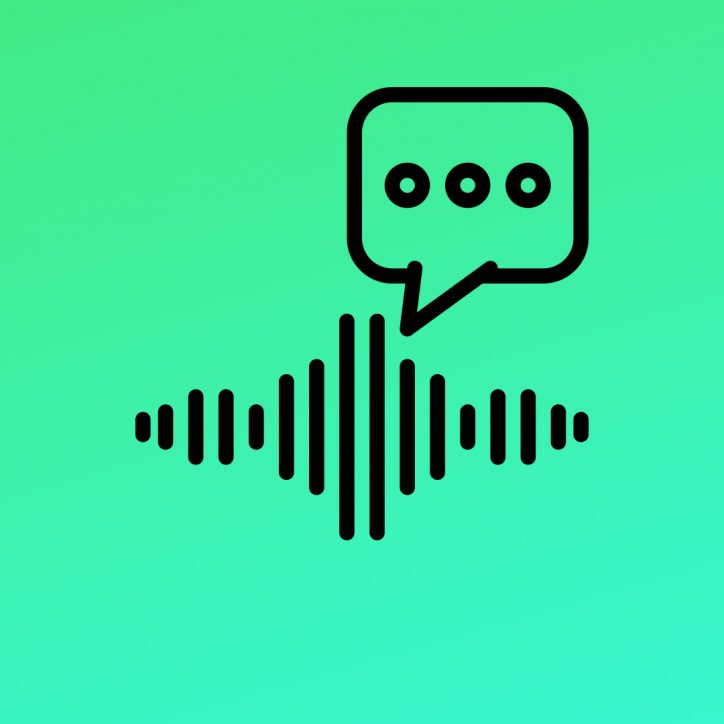 How to stop voice messages on iMessage from disappearing automatically

Sometimes, it is infuriating when you send a voice message to a contact via iMessage only to notice it gone after a while. If you’ve had a moment similar to that, this post is for you. Read along to learn how to disable disappearing voice messages in iMessage.

The history of self-destructing voice messages

Before we begin, here’s an interesting story…

Back in the iPhone 6 days when Apple sold variants with 16 GBs of base storage, iMessage introduced a handy new feature called Voice Messages. It facilitated easy and more intuitive communication but like any new software update, it faced new challenges including this one: how to introduce a storage-hogging feature that would not hog storage?

Although voice messages do not take up as much space as images and videos, thanks to compression techniques, they do occupy more space than text messages. So, in order to solve the problem with storing voice messages, Apple offered a simple solution: delete voice messages automatically after two minutes.

While photos and videos are meant to be saved, voice messages usually do not contain information worth saving. For example, while confessing your undying love to your crush, you won’t send them a voice message. Instead, you’ll prefer confessing your feelings through text. There’s nothing wrong with sending a voice message to confess your love, but most people prefer texting just so that it makes them appear more confident. The same logic applies to most meaningful conversations that happen on your phone.

That said, when useless voice messages keep adding up and you don’t plan on tediously deleting them one by one, you can rely on iMessage’s automatic voice message purger. Plus it’s always better for your privacy.

Given that, storing voice messages is far from a major concern today. You’d rather prefer they stay on your phone instead of vanishing.

Therefore, in this post, I’m going to show you how to keep the voice messages you send and receive on your phone forever, until you manually decide to purge them. Read along.

There are two scenarios that we need to consider as self-destructive voice messages work slightly differently in both. The first scenario involves you assuming the role of the sender and in the second scenario, you are the receiver.

When you’re the sender, the voice messages that you send will disappear from your chat in two minutes and the countdown starts the instant you hit the send button. You can listen to the voice message that you sent within those two minutes. After that, an alert appears stating that it will expire in 2 minutes, followed by a “Keep” button. However, once the message vanishes, it’s non-recoverable.

Take a look at how the message disappears from your phone after you’ve sent it. There’s very little you can do to interact with the fleeting voice message. You can either choose to “Keep” it or wait for it to vanish.

When you’re the receiver, the countdown for a disappearing voice message begins only after you play it. There are two ways to play the message: tap the play button or lift your phone to your ear as if you’re attending a normal phone call. Once you’ve listened to the voice message from start-to-end, it will disappear after two minutes. iMessage does not display the countdown to expiration, but it does indicate to the user that the countdown has begun with text stating that the voice message “Expires in 2 Minutes.

Note that you cannot “Keep” a voice message if it’s sent to you. However, you can “Keep” it if you have sent it to a recipient.

Two minutes is more than enough to decide if you need to listen to the message again. It’s kind of a sweet spot. However, a visible countdown timer would’ve been a splendid addition and in line with Apple’s attention to detail narrative.

Can’t see the voice message button in the first place? Check if iMessage is enabled within Settings on your iPhone. If not, the messages app only sends SMS and MMS messages. If you are unable to identify a voice message in a chat, it looks like a normal chat bubble; however, instead of text, it features a waveform with the duration of the voice message mentioned right there in line with the play button.

Why should you disable self-destructing voice messages on iMessage?

As I’ve mentioned previously, unlike text, voice messages take up a lot of space. But space isn’t so much a problem with the latest iPhones. Even if you own a three-year-old iPhone—the iPhone 8/Plus or the iPhone X—you don’t need to worry as they all start at base storage of 64 GBs.

However, if you still face a shortage of storage, you should leave the auto-purge voice messages feature as it is. Also, you’d be better off moving most of your documents, photos, and files to the cloud via a $0.99 per month iCloud subscription.

Moreover, even though voice messages do not usually feature essential information, they offer a more convenient form of communication via iMessage. It’s better to use your voice instead of typing at times when you cannot type. For instance, it’s adequately difficult to focus on typing when you’re walking on a busy street. You can quickly send a voice message just by holding your phone close to your face.

Now that we’ve understood why it’s okay to leave voice messages in your chats be, let’s take a look at ways you can stop voice messages from automatically vanishing.

How to stop voice messages from vanishing on iMessage

There are two ways you can go about doing this. The first method involves saving individual voice messages one by one. It’s the perfect method if you only intend to keep important voice messages and let go of the rest.

The second method involves changing a setting to save all forthcoming voice messages. By enabling this setting, the voice messages you receive and those that you send will no longer automatically disappear from your phone. Note that whether voice messages disappear on the recipient’s phone is subject to the set-up on their device.

How voice messages on iMessages work are once you’ve listened to them until the end, they begin an internal timer that lasts for two minutes after which they disappear. Thankfully, within that timespan, iMessage displays a button beneath the voice message bubble labeled “Keep.”

All you need to save the voice message from purging itself after two minutes is to hit that “Keep” button.

This method is especially useful when you only want to withhold certain voice messages from vanishing and let go of unimportant ones. It’s important to note that the “Keep” button will only appear after you listen to the message completely. This also means that a half-played message will stay on your device until you plat it completely.

It’s also worth mentioning that if you miss the two-minute window to save the voice message, it can’t be recovered, thanks to iMessage’s privacy policy and end-to-end encryption. Here’s a short video demonstrating the first method.

Alternatively, if it’s a voice message you received, you can tap on the play button, listen to it once again, and pause it halfway to save the message from disappearing. For whatever reason, Apple does not allow you to “Keep” incoming voice messages.

This is a much more precise method to disable voice messages from automatically vanishing. This way, all the voice messages remain and you’re no longer expected to remember to “Keep” them individually in order to store them on your device.

Here’s how to stop all of your voice messages from disappearing:

Once you switch to “Never,” all of your voice messages will remain within the chat until you delete them manually and voice message bubbles will no longer show a “Keep” button beneath them.

If you’re wondering where all the voice messages you recieve end up, you may be in for a disappointment. You see, prior to iOS 12, Apple allowed users to save individual voice messages received through iMessage to the Voice Memos app from where you could share them via email or any other compatible app.

However, after iOS 12, the save button still exists but it does not work. For some reason, you can no longer save a voice message.

This means that the only place voice messages can live on is in your iMessage conversations. Moreover, you can’t even share them via other apps. Despite that, there is a workaround if you absolutely must share a voice message that you sent or received on iMessage.

But, it involves using a Mac as apparently, you can still share voice messages from iMessage to other apps on it. Those having a Windows computer have no option to do so.

There are multiple reasons why you would need to disable disappearing voice messages on iMessage. However, one great reason I could think of letting them disappear is that it also aids privacy.

But, if you do not care about privacy to the length that you’d sacrifice your communication, you shouldn’t; and that’s why you should disable self-destructing voice messages within iMessage, especially if you own an iPhone having storage upwards of 64GB.

Enjoy every last bit of your memories now that you can.