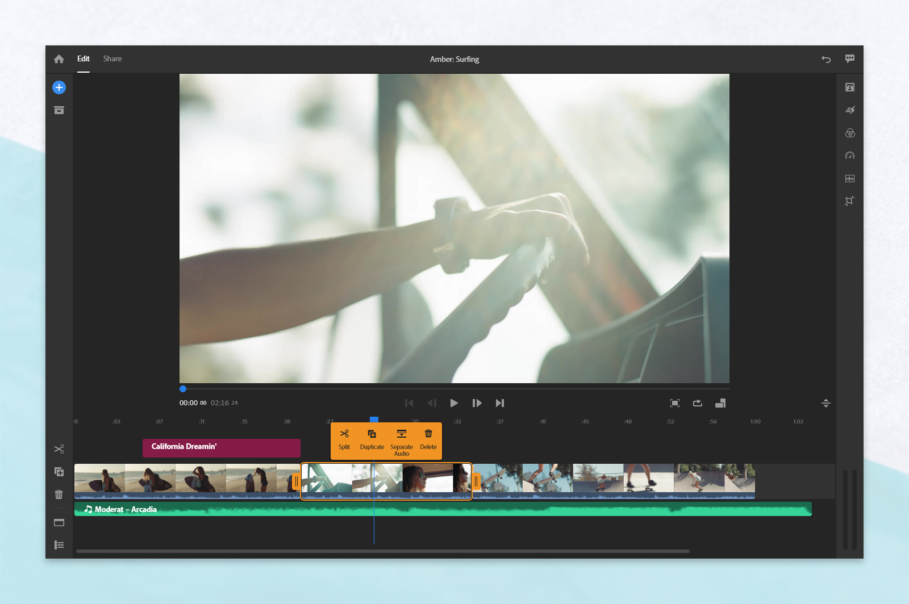 Prior to the native M1 support, Premiere Rush was available to M1 Mac users via Apple’s Rosetta 2 translation software. Rosetta 2 translates apps made for x86 processors during startup to arm64-compatible code. While this works, it’s far from efficient. So, naturally, a native M1 version of an app increases performance while also using the battery efficiently.

Adobe is also bringing a Timeline Context menu to its Premiere Rush iOS app. You can use the new context menu to split, duplicate, or delete a clip.

On iOS, you can also use reset for Color, Audio, and Transforms to reset all adjustments.

“Ensuring the performance and stability of our software is our top priority and we have continued to focus our engineering efforts in these areas to ensure our users get results,” Adobe says.

The software maker also recently updated Photoshop, its popular photo manipulation, and editing software, to add support for M1 Macs. Adobe Premiere Pro, which is an advanced video editing tool is also available for M1 Macs but is currently in beta.