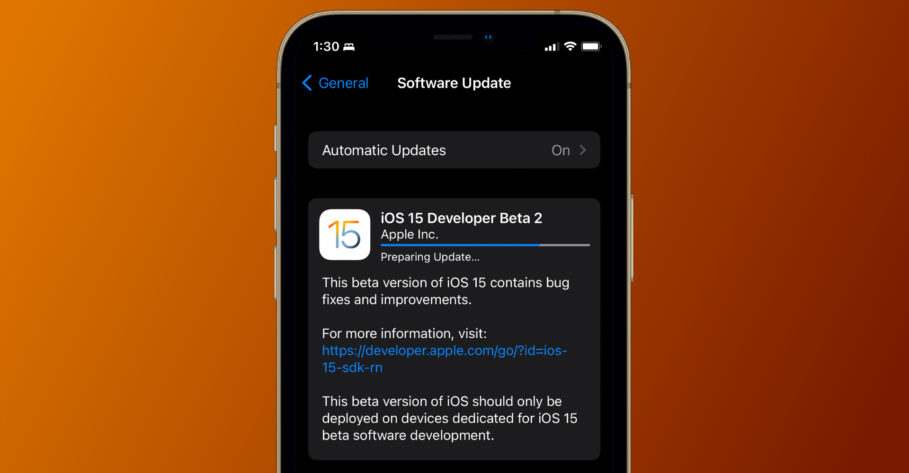 Apple released second developer betas of iOS and iPadOS 15 today. These arrive a little over two weeks after the company announced their original betas.

The release notes for Beta 2 of iOS and iPadOS 15 make little mention of new features. Although, they do acknowledge a slew of issues with the previous beta and their respective workarounds in addition to fixes for certain broken features.

A notable mention, though, within the release notes is that the latest beta isn’t available for the 9.7-inch iPad Pro (Wi-Fi + Cellular model).

You can read the full release-notes here.

Despite what they state, the historical record of iOS and iPadOS beta releases suggests the possibility of additional features that aren’t documented and are left to be discovered by enthusiasts like you and me.

We’ve also previously covered the hidden features introduced in the first Betas of iOS and iPadOS 15, macOS Monterey, and watchOS 8.

That said, let’s take a look at the features and changes in iOS 15 and iPadOS 15 Beta 2.

Note: Keep coming back to this page as new features and changes will be continually added as and when they are discovered.

This post is currently being updated with new additions. Stay tuned!