There might not be any Essential Phone 2: Here’s why 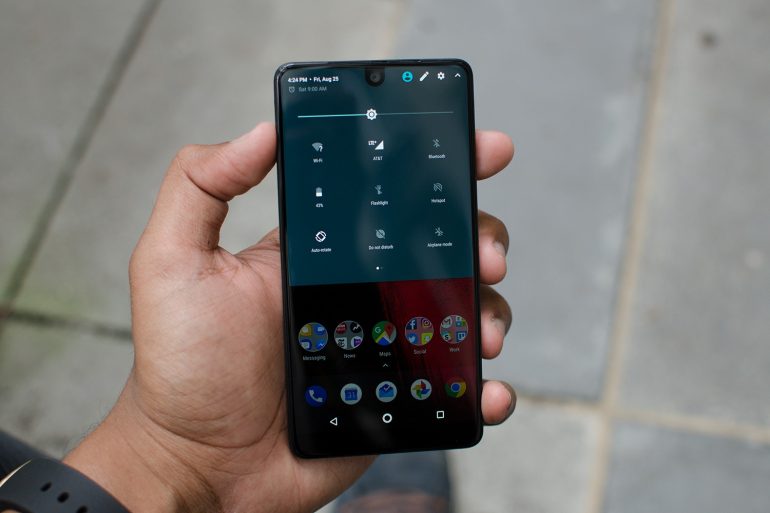 Remember Essential PH-1 (the full form of which no one ever understood) by Essential Products, an American technology company and manufacturer founded on November 9, 2015 by Andy Rubin and based in Palo Alto.

Their motto behind the phone was making it the most “essential” Android phone ever. A phone that is always necessary, that is what essential means right? It was also the first phone in the era to sport a notch. And at the time of it’s launch it was heavily criticized, but then, we all know what followed next. Apple joined the trend with a much larger notch on it’s iPhone X. Then Huawei, Oppo, Vivo, and now even OnePlus. It all started with the Essential PH-1.

With the buzz it created in the market post it’s launch, everyone expected the PH-2 (the second phone in the line up) to bring something new, something that can be criticized, which will later be copied by all other smartphone giants. Essential was even considered to be the pioneer of technology,. Just after the launch of it’s first phone.

After all that buzz, it looks like the brand has canceled the follow-up to its Essential PH-1 flagship, and according to reports from Bloomberg, has hired an outside firm to help put the company up for sale.

The Essential Phone, or the PH-1, was a phone built with premium materials that focused on a minimalist and beautiful design, and was in many respects ahead of its time, compensating for the bezel-less screen with a distinctive early example of the display notch.

Despite its problems, Andy Rubin’s baby gained a small cult following among Android fans, many of whom piped up to sing the Essential Phone’s praises everywhere. Unfortunately for those holding out for the sequel (PH-2? Kind of spoils the pun…), it looks like Rubin’s company has canceled its second mobile device.

A source close to the company told Bloomberg that Essential is putting itself up for sale, and that the engineers, some of whom are Apple and Google veterans, will likely from part of the package. Bloomberg also reports that Essential is pivoting to the smart home, with a smart home product on track for next year.

Rubin: “We cancel some products in favor of bigger hits”

According to an internal email acquired by The Information, Rubin also says that Essential is not shutting down, instead “working with bankers to raise money.” An acquisition would be just one possibility of getting the needed funds.

Even if Essential stays afloat, it looks like we should be rubbishing the  worldwide dream of an Essential Phone 2 goodbye. The company reportedly sold only 150,000 units of the PH-1 and spent more than $100 million in development.

Even we fans of the device need to admit this isn’t a great return on investment for the company. Multiple price drops haven’t really helped to shift units significantly, so it seems like the PH-1’s big break just isn’t going to happen after all.

If you ask me, I personally am very disappointed by how the events have played out like. The PH-1 had it’s own flaws, it’s own drawbacks. It wasn’t the perfect. But it was definitely close to one.