4 iPhone X selling points that’ll make you buy it for sure! 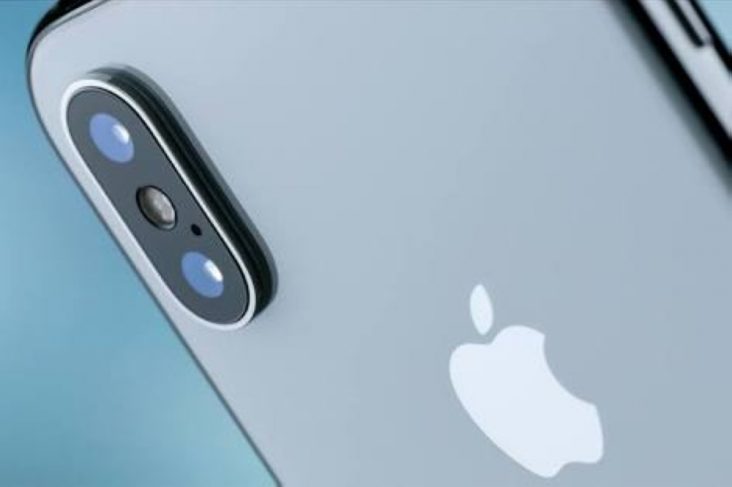 iPhone X has been very successful in winning people’s hearts as it ships with a, not complete, but redesigned look. It also feels extremely different as compared to what you look at in the advertisements and pictures. Despite it, looking as a giant on the humongous billboards, it indeed has a tiny form factor when you take it into your hands. The real enhancement that you could feel right away is the big display that is intelligently embedded into the form factor.

Speaking of its technicalities, the phone comes with 3GB of RAM, an A11 Bionic processor, a 12 MP camera with improved sensors, portrait mode on the front camera and so on. The phone is available in the market for around or (mostly) above the $1000 mark.

So, here we are, as this is The 8-Bit’s way of celebrating 10 years of the iPhone. Let’s take a look at the major selling points that make people buy this phone and moreover, love it!

Apple’s Craig Federeghi has stated that making this iPhone took almost 5 years of planning, R&D, and execution. Its fruit has clearly been exhibited amongst us. But, as I’ve included in this list, the new OLED display has been the most anticipated display ever. The color saturation just looks perfect on this display. Also, when comparing this display with Samsung’s own, the one used in the iPhone produces better colors and is crystal clear.

You may also debate that iPhone X’s bezel-less display is no match for other phones like the MI Mix 2 and the Samsung Galaxy S8, as Samsung’s and MI’s phones have much better bezel-less design integration. But, let me address you here. To clear everything between us, just take a look at these pictures below: 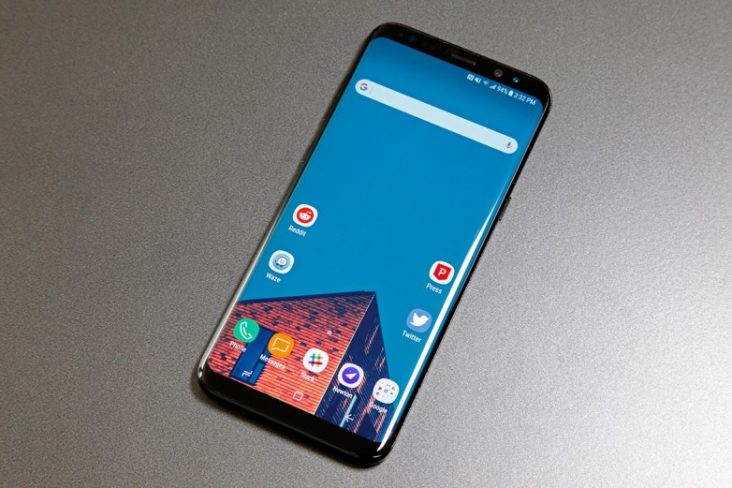 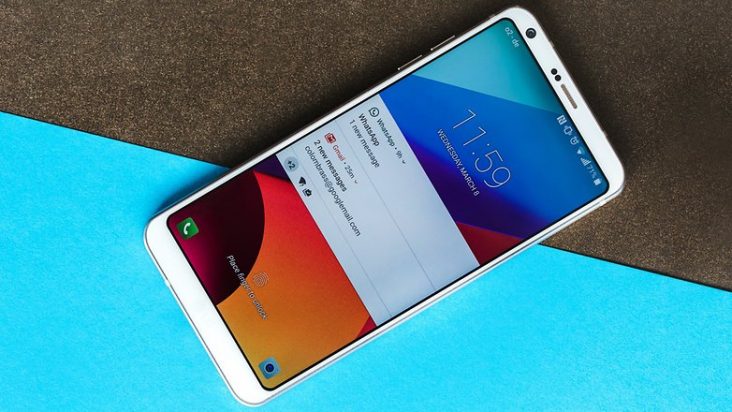 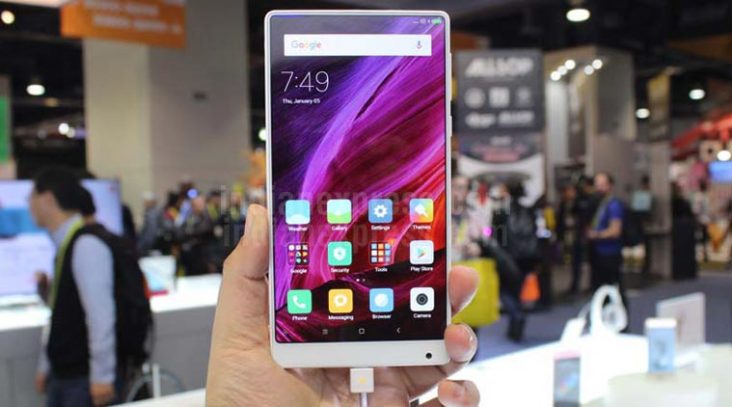 These are the best devices with bezel-less displays available out in the wild. Now let’s add one more image and compare. 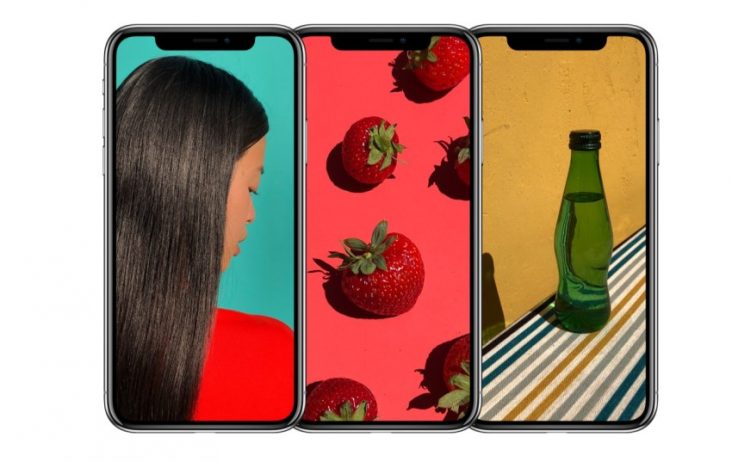 Yes, this is the iPhone X, which also has a bezel-less design. But notice something different? The iPhone’s display is more stretched out than any other phone’s display that we compared. A more stretched out display means fewer bezels. Though all the phones above except for the iPhone X have a bezel-less design, they have a significant bezel on either side. While the iPhone X truly has an all screen display. This comparison was done before by BGR.

Though, this shows how brilliantly Apple was able to manage to create a display so beautiful and was able to fit it in such a compact space. But how does Apple really do that? Well, it actually folds the display at the base so that it rolls down as you can see in this picture below. 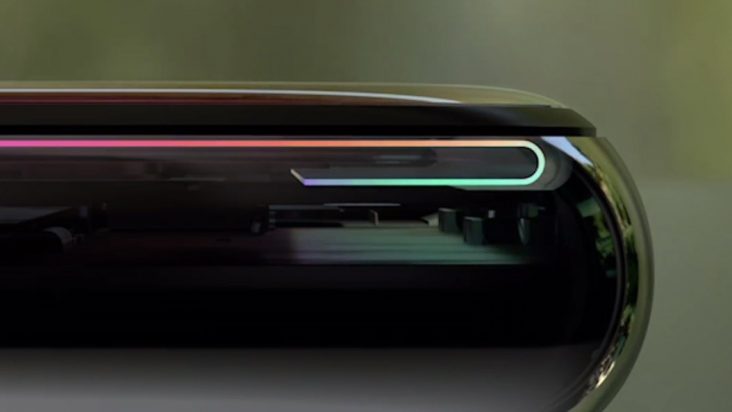 So, the display can truly be one of the major selling points of the iPhone X.

2. The All new iPhone X design.

Clearly, this title could be easily misconceived. Coming from the iPhone 4 and the 4S’s legacy, this design is highly influenced by their essence. So, I don’t think we can actually call it as a new design, but we can finally see something that Steve Jobs would like if he was alive.

With the glass back and a vertical camera, the device can be easily spotted miles away as far as it is possible for a normal human eye to spot things. The two colors, White and Space Gray/Black whatever you may call it, also look good along with the silver edges. The premium look for the iPhone X is mostly because of those silvery edges on the white and the shiny edges on the black version.

3. The True-depth scanner coupled with the infrared scanner.

Before the announcement for the iPhone X, the whole year was home to various leaks related to the face scanner what we call it now as FaceID. Although, the true depth scanner can be useful for many purposes, from which some are yet to be discovered and some that are already available, have dominated the iterative minds of people. Face ID has gained a lot of hype as well. Check out why iPhone X’s Face ID is such a big deal?

Speaking of its applications, the True depth sensor coupled with the Infrared scanner does a lot of things. And it has potential to do more. As of now, it can scan your face accurately to unlock the device itself, to make payments through Apple pay, and to authenticate payments on the App Store and to use stored passwords. Well, I haven’t talked about the jolliest use of the scanner, i.e. Animoji, which has brought lines of tension on the forehead of fathers that fear that their kids would drain the juice out of their phone just by using Animoji excessively.

What it basically does is, it uses the phone’s true depth sensors along with the infrared scanners to map your expressions and facial features and paste them in an animated emoji form. By the way, the emojis are predefined. Developers have started developing apps that enhance Animojis. One such developer has added an extra feature in Animoji by creating a standalone app that enables users to increase the time which is required to create an Animoji video.

Although Animoji is just for the iPhone X, it is debatable that it can be used in older iPhones as well. It’s just that Apple hasn’t included Animoji in older iPhones so that they could outsell the older ones with the iPhone X. To justify this statement, I’ll provide you with proper proof. This is a twitter conversation between a user and a famous developer and security researcher Luca Todesco who had released the iOS 10.1 to 10.2 jailbreak.

That’s interesting: Animoji not only works with your face, but also with video files!

So no 3D sensing required? pic.twitter.com/siIpyqGNyP

So this is the question asked by Frederik when he discovered that Animoji works with faces that appear in a video. In this particular video, Frederik shows his iPhone X a video of Tim Cook’s speech in which his head is constantly moving. At the same time, the Animoji also moves raising a question in his and probably in all of our minds. Does Animoji really require 3D sensing?

afaik nothing technically prevents you from using animoji on non-X hardware-wise. it's just a software limitation 🙂

He states that Animoji doesn’t require 3D sensing, but it’ll perform better with 3D sensing. Moreover, the lack of Animoji on older iPhones is just a software limitation. So, these all things related to the True depth sensor along with the infrared scanner which basically just helps with accuracy, are potential points that’ll make you buy the iPhone X.

4. The Lack of the home button and its replacement with Gestures.

Home button was the industry standard on the iPhone which waited for us to be pressed. Basically, after iPhone 5s, it also loved to have our fingerprints scanned a million times. But, things changed regarding the iPhone X. The iPhone X doesn’t ship with the home button, instead has a beautiful extended screen which was designed to awe our minds.

No problemo! Gestures are here to save the day. Amazing gestures that ooze saliva out of your mouth are omnipresent throughout the interface. To go to the home screen, just swipe from the bottom and whatever app you’re in, will pop back to its original place in the app drawer. Also, multitasking is also very smooth as you just have to swipe up from the bottom and hold in the middle. That’ll take you to the multitasking screen. Also, a new gesture for multitasking that is only available on the iPhone X is just great. What you have to do is, just swipe left or right from the bar that is also omnipresent everywhere, and the software will take you to the last used app as well as if you keep swiping, it’ll take you to every app that is present in your background.

It is truly amazing and is one of the reasons people consider buying the iPhone X despite its high price point.

If you’re interested in reading more about the iPhone X, check out the best accessories for the iPhone X.

Have a good day and eventually a good life!