Apple will launch new iPhones, Apple Watches, and iPad alongside other updates this fall; confirms Bloomberg 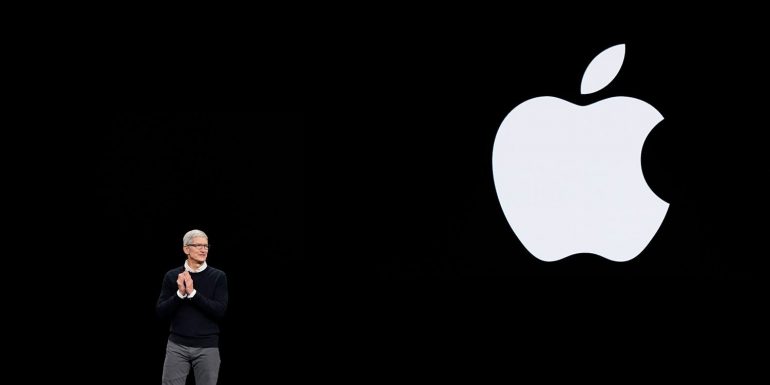 Bloomberg recently confirmed that Apple will be announcing its iPhone 12 lineup of devices sometime in October. Apple also plans to announce two new Apple Watches and a new iPad Air this fall alongside a new mini version of the HomePod and a pair of Apple-branded over-ear headphones.

According to Bloomberg, iPhone 12 units are set to reach about 80 Million by the end of 2020 despite the pandemic affecting Apple’s supply chain. It’s also worth noting that the Cupertino tech giant had a target to manufacture around 75 Million iPhones back in 2019.

At this point, a lot about the upcoming products from Apple has leaked already. What makes this news essential is the timing and the source of information. Bloomberg’s Mark Gurman is well known for reporting insider information about Apple and has an excellent track record. Plus, the article contains accounts of new products from unnamed sources familiar with Apple’s internal matters in considerable detail further solidifying the rumors.

Apple will announce four new iPhones 12s including a new smaller 5.4-inch and a larger 6.7-inch iPhone alongside two 6.1-inch iPhones. We’ve covered how much each model is expected to cost previously. There will be two basic and two high-end models. The new 5.4-inch form factor will cater to users looking for a budget phone and also to those simply looking for a size comparable to the 2020 iPhone SE.

Moreover, all iPhones will sport an updated design with flat corners (the Pro models having a stainless steel frame vs an aluminum frame on the basic models) similar to the iPad Pro and an OLED screen with “improved color clarity.” Further, the entire iPhone 12 lineup will support 5G. However, according to Bloomberg’s sources, “some of the current 5G networks are not improving connection speeds much.” All the iPhone models set to release this year will also get an upgraded, faster A14 processor.

If true, it will be quite controversial that the iPhone 12 probably won’t ship either with a pair of EarPods or a charger. The Bloomberg report also clears the confusion in the air by confirming that iOS 14 will launch in September to the general users, despite the event being held in October.

The iPhone 12 Pro devices, although, are the ones that will receive the most notable updates including improved cameras and a new Dark Blue color to replace Midnight-Green on the iPhone 11 Pro. The larger of the Pro devices will also receive a LiDAR scanner just like the 2020 iPad Pro for enhanced augmented reality.

Some Apple employees that tested the larger iPhone 12 Pro conclude the experience with its larger screen to be “one of this year’s most notable improvements.” I’m excited about the larger iPhone 12 Pro too, especially due to my assumption that it will receive some unprecedented software incentives as a part of iOS that will make it easier to use the phone. For instance, it may offer improved multitasking and a landscape mode on the home screen.

All of this means that the iPhone 12 is set to be the most exciting update after so long ever since the iPhone X was introduced.

Apart from the new iPhones, Apple is also looking forward to launching a new 10.8-inch iPad Air. It will also follow the iPad Pro’s design language with flat edges. Images of a manual earlier popped up online suggesting that the new iPad Air would include Touch ID within its home button alongside support for USB-C. However, the recent Bloomberg report doesn’t mention that.

Apple is also set to release a mini HomePod with fewer speakers. This will be an affordable option for users who don’t want to spend $299 on the current model. The Cupertino tech giant is also working on improving the services HomePod offers, making it alluring for customers to buy, as Bloomberg notes it’s merged some of the Apple TV and HomePod engineering teams. The HomePod currently nails the quality of the audio output but majorly lacks in functionality related to the limitations that come along with Siri and the extensive price.

Then, the Bloomberg report also mentions that Apple is working on AirTags — a kind of tracker that will be used for locating stuff. It doesn’t mention when they will launch exactly, but we now know that they will ship with a leather carrying case. There have also been numerous leaks detailing AirTags, including their form factor and various instances within iOS mentioning them.

Lastly, a new Apple TV is also in the works. It will sport a faster processor for performance improvements while playing games. The new Apple TV will also finally ditch the current remote and introduce an upgraded version that will have a feature “similar to Find My iPhone” that will enable tracking the device in the event that it is lost.

All-in-all, the following months starting October are going to be the busiest months for Apple and its fans. And we’re here to report every bit of it. So, stay tuned!