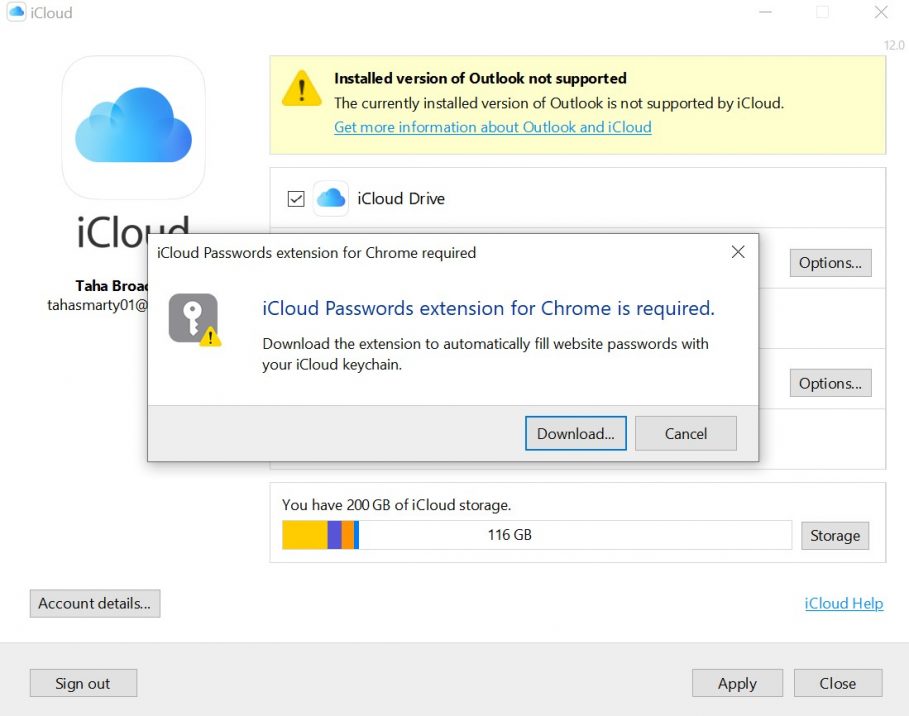 Update: Apple has released the iCloud Passwords extension for everyone. Here’s how to set up and use the extension on your Windows PC. However, many users have reported that they’re facing problems while using the extension with some users even not being able to find the iCloud version 12 update with support for Passwords. It seems Apple has pulled the update for now.

Apple yesterday added iCloud Keychain support for Google Chrome via an extension that the company has apparently developed for the browser.

The update is a part of iCloud 12.0 on Windows. Once you update the iCloud app from the Microsoft Store, a Passwords section appears with the iCloud Keychain logo. When you click the Apply button, iCloud prompts with an option to download the “iCloud Passwords” Chrome extension.

However, clicking on the “Download” button opens the Chrome browser but leads to a 404 error. This could mean that Apple’s new Chrome extension is not quite ready but is definitely in the works.

Until now, iCloud Keychain was strictly confined to the Apple ecosystem. Even on Macs, iCloud Keychain currently only works on Safari. However, a seemingly upcoming extension could change that. Everyone, including Windows users, could be able to download the extension to reap the benefits of iCloud Keychain.

For those uninitiated, iCloud Keychain is Apple’s secure password management service that stores passwords and is tied to your Apple ID. These passwords are available on all the devices connected to that Apple ID, allowing users to autofill their information in login forms.

The latest version of iCloud for Windows also brings along UI improvements within the folder sharing interface alongside support for the iCloud Passwords Chrome extension.