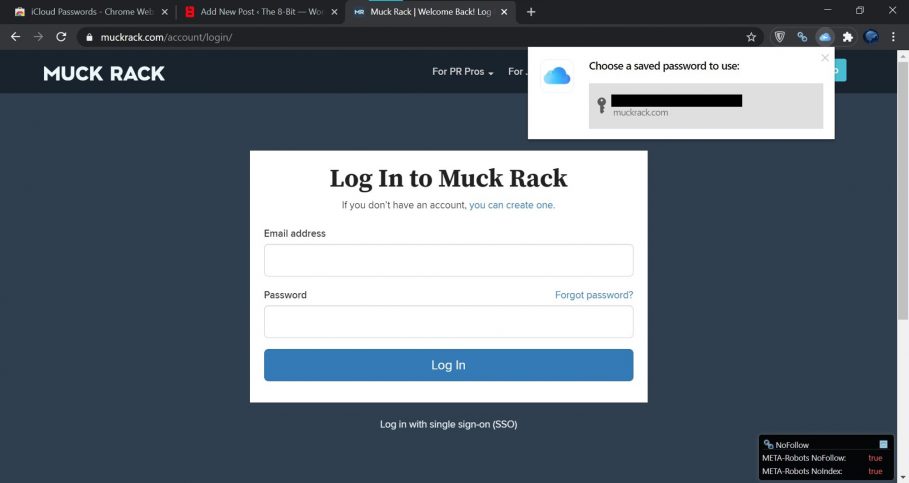 Update: Many users have reported that they’re facing problems while using the extension with some users even not being able to find the iCloud version 12 update with support for Passwords. It seems Apple has pulled the update for now.

Apple has finally made the iCloud Passwords Chrome extension available for Windows users after hinting at it last week in the iCloud app for Windows.

Last week, The 8-Bit and others reported that Apple was working on a new iCloud Keychain extension for Google Chrome on Windows dubbed “iCloud Passwords.” The extension was offered to those with the latest version of iCloud installed on their PCs.

However, clicking the popup to download the extension led to a page with a 404 error up until now.

The extension lets you use passwords saved in your iCloud Keychain on websites that you access via Chrome on a Windows PC. This functionality wasn’t available up until now and iCloud Keychain was confined to Safari on Apple devices.

Here’s the overview of the iCloud Passwords extension according to Apple on the Chrome Web Store:

iCloud Passwords allows you to use the same strong Safari passwords you create on your Apple device, with Chrome on Windows.

Right now, the iCloud Password extension does not show up when directly querying it on the Chrome Web Store and it is unclear if that’s intended.

Nevertheless, here’s a direct link to the extension.