Here’s how to set Google Chrome as a default browser on iPhone and iPad on iOS 14!

Chrome is the only app that supports iOS 14’s default app feature. 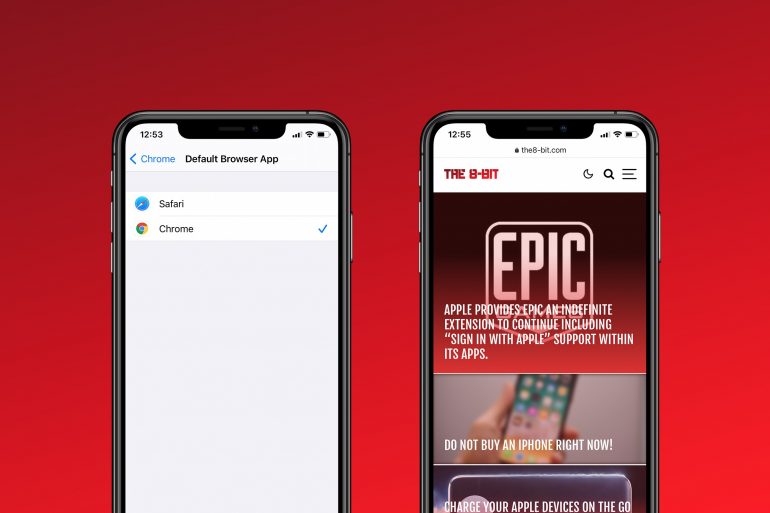 Sometimes, all you want is complete cross-platform compatibility. I use Google’s Chrome browser on my Windows laptop and all my data and website passwords are synced to Chrome. I don’t even remember around 80% percent of my passwords.

That’s why I use Chrome to browse the web on my iPhone. It offers me the seamless experience I couldn’t otherwise get cause Windows doesn’t support Safari. However, until now, I wasn’t able to set Chrome as a default browser on my iPhone.

All the links I open automatically open in Safari and then I have to copy the URLs over to Chrome for the seamless experience I desire.

Thankfully, starting iOS 14, Apple now allows you to set a default browser of your choice on iPhone and iPad. It was a highly anticipated feature that was on the top of almost everyone’s wish list in the iOS community for years.

However, even though Apple announced iOS 14 back in June, none of the apps supported the firmware’s ability to set an app as default. Now, as iOS 14 is nearing public launch, we’re experiencing app developers updating their apps to align them to the firmware’s feature set. That said, Google recently released an update to Chrome’s iOS app enabling support for the browser to be set as a default choice.

The Chrome update within the App Store that lets you set the browser as a default choice on your iPhone is version 85.0.4183.109.

That’s it. Every link you tap on your iPhone now will open directly in Chrome. However, it’s worth noting that links within apps like Reddit will still open in the Safari in-app browser. Tapping the little compass icon in the bottom right corner, though, will redirect you to the Chrome app.

Despite this feature, browser support on iOS has a long way to go and it needs to catch up fast. Safari is currently the best browser for iOS users right now due to a slew of reasons. However, one of the reasons other browsers aren’t able to compete with Safari on iOS is because Apple doesn’t want them to.

The Cupertino company limits what third-party browsers can do on iOS to avoid security concerns. However, it’s nice to see Apple slowly opening up.

iOS 14 is expected to launch at the September 15 event alongside new Apple Watches and ann updated iPad Air. The new iOS firmware has a lot of new stuff, and it mostly caters to people’s demands this time. For instance, it features support for default apps, contains an updated home screen with the ability to add widgets and to view all your apps in a list.