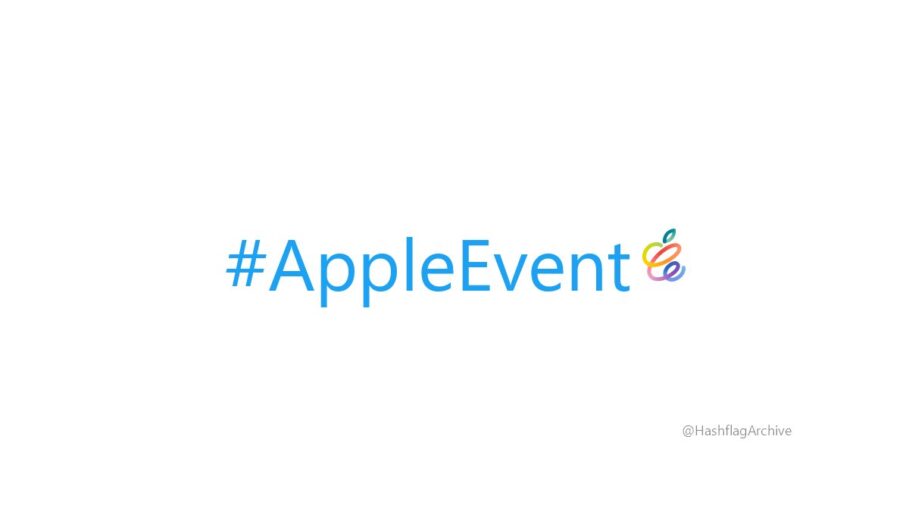 Apple today announced that it will conduct an online-only event on April 20. Following the announcement, Apple has now also enabled the Apple Event hashflag on Twitter.

The artwork accompanying the #AppleEvent hashtag on Twitter features the same Apple logo that Apple has used in its invitation.

The Hashflag is apparently not visible on the web version of Twitter. However it seems to be working within the Twitter app for iPhone and Mac for us.

A Twitter Hashflag is essentially a fancy hashtag that includes custom artwork and is ephemeral in nature. A Hashflag usually stays live only for a set duration which could be hours, days, weeks, or months depending on how much a company wants to pay to keep these alive. Hashflags are also quite costly and companies have been reported to pay seven figures to Twitter to enable hashflags.

Hashflags are well-known for increasing engagement and it also helps improve a certain topic or event’s discoverability.

This isn’t the first time Apple is dipping its hands into Twitter’s Hashflags. The company employed them to promote the addition of new games to Apple Arcade recently, to promote its iPhone 12 Studio; as well as its lineup of online Apple Events last year alongside fancy Twitter Like button animations.

Apple is expected to host a digital event to announce two new iPad Pro models with the possibility of also announcing a new iMac alongside Apple’s widely-rumored AirTags.