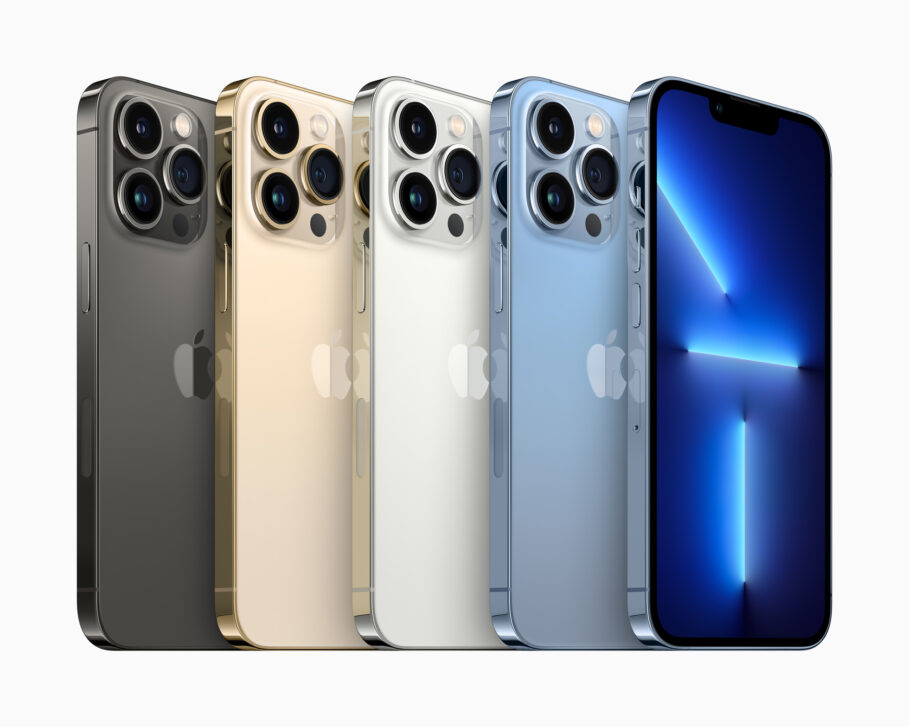 Now that Apple has wrapped up its September 14 event, it’s time to look back at the upgrades announced. Compared to last year, today’s event wasn’t as interesting.

While Apple’s production quality when it comes to keynote events remains unparalleled, the upgrades the company’s devices received today were fairly minor.

In all, Apple announced upgrades to three of its products including the iPad, the Apple Watch, and the iPhone.

The tentpole announcement of today’s event was the iPhone 13. Coming from the iPhone 12, there are only minor adjustments to the overall experience of using the iPhone.

The notch is now smaller than the one on the iPhone 12 and consequently offers more screen real estate to work with. However, I’m unsure if it will be noticeable during daily usage. Guess I’ll need to wait and check that out for myself.

Powering the iPhone 13 is the new A15 Bionic chip which likely offers an iterative improvement over last year’s iPhone. I’m using the word “likely” here because Apple didn’t mention how much of an improvement that is as compared to the iPhone 12. There’s a great chance you probably won’t even notice the difference.

The iPhone 13’s display is now also brighter than before amounting to 800 nits and 1200 nits of peak brightness for displaying HDR content.

Today’s event put considerable emphasis on camera improvements on the iPhone 13. For starters, its cameras are now arranged diagonally instead of linearly to fit the sensor-shift optical image stabilization system into the smaller body of the iPhone 13.

The iPhone 13 and the iPhone 13 mini come in 6.1-inch and 5.4-inch display sizes respectively. They are also available in new colors including Pink, Blue, Midnight, Starlight, and PRODUCT RED.

The iPhone 13 and the iPhone 13 mini will begin at a 128 GB storage option as opposed to the 64 GB option on previous iPhones.

One of the biggest changes with the display; one that was in demand for a long time, is the addition of a ProMotion display capable of refreshing at 120Hz. It’s also a variable refresh rate display, meaning the phone will dynamically reduce the refresh rate to as low as 10Hz to preserve battery life.

The iPhone 13 Pro can now capture macro photos and videos using the improved Ultra-Wide camera. Night Mode, a popular photography mode that captures images in low light, is now available on every camera.

Apart from that, the iPhone 13 Pro will also be available in a 1 TB storage capacity.

An interesting thing to note about the display is that while on always-on mode, it’s now 70% brighter indoors allowing you to get a better glimpse at the time.

Apple calls the Series 7 the “most durable Apple Watch ever.” It has an IP6X dust resistant certification as well as a swimproof WR50 water resistance. Apple calls the watch’s front display “crack resistant.”

That claim is yet to be tested and can only be settled when the Series 7 becomes available to the public. This, apparently, is a problem as Apple hasn’t yet announced the date for when the watch will be available to order, thanks to the production issues the company is facing.

Nevertheless, the Apple Watch Series 7 offers up to 33% fast charging that tops up your watch in 45 minutes. The watch itself comes with an upgraded fast charging puck (which, by the way, is available for purchase separately).

There are also a bunch of new workout options to choose from including Pilates and Cycling.

Apple is also complementing the Apple Watch by expanding its Fitness+ subscription service to more countries and offering added workouts and guided meditation sessions. Users can also use SharePlay to engage in group workouts over the internet.

The Apple Watch Series 7 starts at $399 and will be available starting this fall, according to Apple.

It has the same outer casing. However, its internals have been upgraded. It now features the A13 Bionic chip capable of carrying out processor-intensive tasks such as using Live Text to capture text from within photos in iPadOS 15.

Apart from that, the new 9.7-inch iPad also gets Center Stage, which is a feature that uses the (now added) ultrawide front camera to pan around and focus on the subject while engaging in a video call.

The iPad mini, on the other hand, now features a revamped look. It follows the footsteps of the iPad Pro lineup and the 2020 iPad Air to sport flat edges.

The home button is now removed and the fingerprint sensor is placed beneath the power button. Apart from that, it also has a new A15 Bionic chip alongside compatibility for Center Stage.

The revamped iPad mini now also supports 5G alongside a USB-C port instead of a Lightning port. Furthermore, you can now use the 2nd Gen Apple Pencil with the new iPad mini.

It’s available to order today at Apple and will be available in stores beginning Friday, September 24.