iPhone 12 Studio Guide: Its Amazing Experience and How to use it 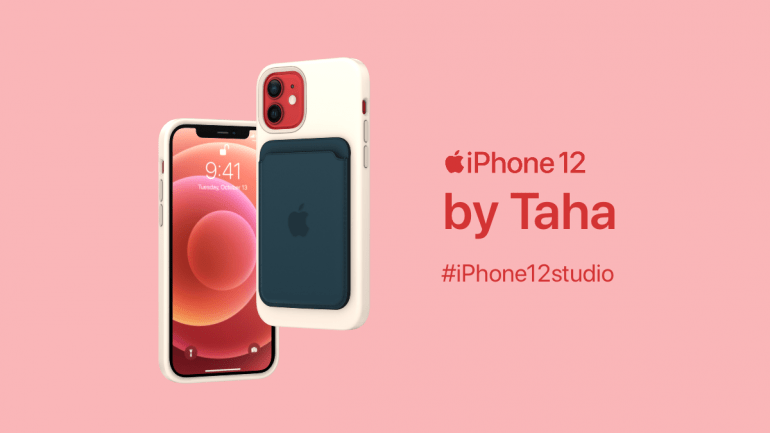 At a time when in-store shopping has taken a hit due to the pandemic, Apple is making it easier for iPhone 12 shoppers to virtually mix and match MagSafe accessories before making a purchase. The company yesterday launched an online tool called iPhone 12 Studio that lets you visualize how a certain color of Apple’s MagSafe cases and wallets would look on an iPhone 12.

The new studio experience by Apple for the iPhone 12 is similar to the Apple Watch Studio that Apple launched alongside the Apple Watch Series 5 in 2019. The latter lets you accessorize your Apple Watch with different Watch finishes and bands before buying it from Apple.

In other words, the iPhone 12 Studio is simply a catalog that exists only to help make a decision as to which color case and wallet combinations would look best with your new iPhone. It does not directly lead you to the purchase page.

Accessorizing something isn’t as easy as it seems. It involves careful consideration to choose from a multitude of options. The smartphone protective case industry was valued at above $3 Billion in 2018 indicating that a lot of people care about accessorizing their smartphones.

There are generally countless iPhone cases and other accessories available for the iPhone. Apple even sells its own accessories, including its latest MagSafe lineup of cases, wallets, and sleeves. However, with Apple Stores trying to work in adherence to the restrictions set by the Governments worldwide due to the pandemic, it may get difficult to get your hands on one.

Think about this: there are in all 32 MagSafe case and wallet combinations, assuming you’ve already decided which iPhone 12 model you’re going to get or you already own one. If you’re still undecided, there are a staggering 576 combinations to choose from.

With these numbers, even physical stores won’t be able to help.

This is where the iPhone 12 Studio comes in handy.

It lets you combine different MagSafe cases and wallets by virtually attaching them to an iPhone. At the end, the tool also provides a customized image of your combination that you can share with others. This means that not only can you create your own case and wallet color combinations, but also get inspired by others’ choices.

Interestingly, it’s also a great marketing strategy for Apple. Since MagSafe is a new concept altogether, Apple needs to market it. And what’s better than making people do the job for you while also making them enjoy it? iPhone 12 Studio.

Owing to it, people that don’t even intend to buy an iPhone 12 share their own creations as a part of a trend.

The iPhone 12 is in its initial stage right now. People are just starting to buy it for themselves, boosting sales. It makes sense to think that once sales slow down over time, Apple might kill off the iPhone 12 Studio.

The iPhone 12 Studio serves the purpose of an in-store product tryout using software. Therefore, it needs to offer an experience that feels both realistic and grand. That it does.

It’s an experience that is only designed for smartphones, a web app that you can readily access. I couldn’t help but think why Apple didn’t yet release a desktop version of the iPhone 12 Studio for desktop and the only reason that comes to mind is that it would impact shareability. Smartphones are more accessible with support for a wide variety of social apps. And since the tool’s purpose is to only help you make combinations and not offer a portal to directly purchase them, it makes sense to only launch it on mobile.

Like other Apple experiences, the iPhone 12 Studio also has some “wow” moments. For instance, when you scroll through the initial iPhone selection screen, the iPhone swivels more than once offering you a good enough glance and then heads on to the next section.

The entire app is segmented into different sections based on a process. The first section lets you select the iPhone 12 model you need to virtually try on cases with. The second section deals with choosing the color of the MagSafe cases and wallets along with the color of the iPhone itself.

Then, the tool lets you add your name that will go into the final image.

Then, the tool will provide you with an option to either download the photo in portrait or landscape orientation. This part is essential as it lets you optimize the final output for both Instagram’s stories in portrait mode and other social platforms in landscape mode.

The virtual models of the iPhone 12 are accompanied by a list of their flagship features in the beginning. The Studio also lets you switch iPhone models in the middle of the process so that you can know if a certain finish would look better with cases.

Although the app doesn’t let you purchase that exact combination you create, it features a button that redirects you to the iPhone 12 purchase page on Apple’s online store. There, you’ll manually need to choose a MagSafe case and wallet separately at checkout.

Pro-Tip: Add iPhone 12 Studio as an app to your home screen

Originally, the iPhone 12 Studio is available only via a browser. However, Safari lets you create icons for webpages that you can add to your home screen for easy access. Here’s how to:

There are two main limitations and a couple of minor inconsistencies with the iPhone 12 Studio tool. First is the inability to directly purchase the combinations you design from within the app itself. It’s not that big a deal, though, as potential customers will purchase cases and wallets anyway.

Another limitation, albeit, more concerning is the fact that the tool currently does not include the MagSafe-compatible leather cases that recently became available. These cost $59 and are a more appealing option for a lot of people. Yet, for some reason Apple has decided against including them within the iPhone 12 Studio.

It could be due to the fact that the iPhone 12 leather cases look similar to the silicon cases. However, that’s just a supposition.

Now, for the inconsistencies, the biggest hurdle that falls in the way of you creating a MagSafe case and wallet combination for the iPhone 12 are the animations within iPhone 12 Studio.

Reaching the stage where you get to try out the different cases and wallet combinations virtually requires multiple taps and swipes. It’s a decent experience for the first time you use the tool, but when you need to try it out again from scratch, it gets annoying.

Right before the iPhone 12 Studio went online, a hashflag with the same name appeared on Twitter. A hashflag is a tiny glyph or emoji beside the hashtag. How Twitter hashflags work is that companies or organizations pay millions per hashflag to exist for a set period of time.

The fact that Apple paid millions to market this tool says volumes about how important the MagSafe lineup of accessories is for the company.

People throughout Twitter have been sharing their own combinations using the hashtag.

Here are my favorite combinations:

The process is simple and streamlined. Follow the instructions below:

How to go back a step while creating a combination?

There are two ways to revert to the previous step. First is to simply tap on the Back button. The second step involves navigating to any step in the process in an instant.

Now that you know all about the process of creating your own MagSafe Case and Wallet combination photos, you can go ahead and show them off on social media. Let you friends know your taste.

What does this mean for the future of MagSafe accessories?

Apple is certainly heavily investing in the iPhone 12 Studio, which suggests the company has big plans for the MagSafe brand in the future.

There has also been intensified speculation lately that a completely wireless, portless iPhone is near. According to rumors, at least one 2021 iPhone will be entirely portless. And making an iPhone portless now only seems to be possible with the return of MagSafe.

We won’t even have to wait until next year to see the potential of MagSafe. Right now is just the beginning and I’m sure third-party manufacturers aren’t having a hard time brainstorming the possibilities; they are endless. For instance, Moment, the popular iPhone camera accessory maker recently launched its MagSafe accessory lineup featuring strong magnetic stands and MagSafe compatible cases.

PopSockets is also said to be working on making MagSafe compatible Pop Sockets.

Although, despite the number of third-party accessories that come out, Apple might never include those options in its iPhone 12 Studio considering the current setup at the Apple Watch Studio on Apple’s website.

The iPhone 12 Studio is a great experience. It feels like a mix of intelligent marketing infused with brilliant design; a testament to Apple’s commitment to customer experience.

It’s appeal is uniquely inviting. You might not own an iPhone or ever plan to; heck, you might even be an Android fanboy. But you’ll want to check the iPhone 12 Studio out.

There’s only one person we know who won’t: Marques Brownlee.