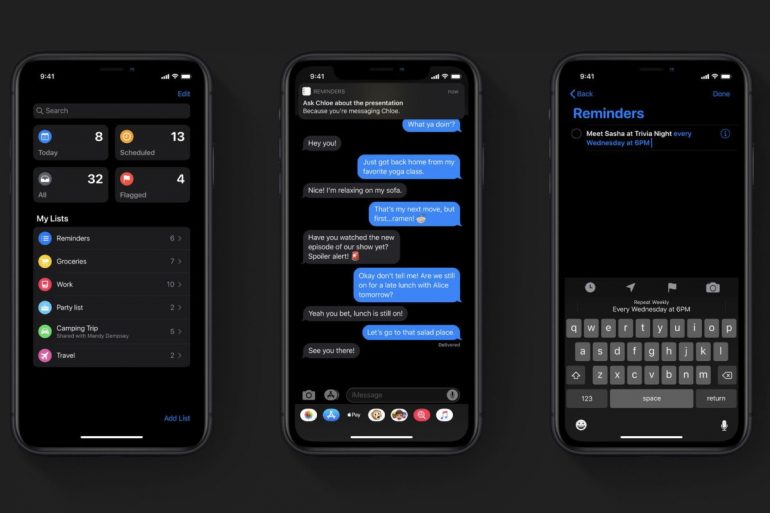 Apple held its WWDC 2019 conference last week. People who were on location for the event sounded much more receptive than usual.

I could not help but notice people smiling, clapping, wooing, hooting, and displaying their excitement with all kinds of gestures.

People getting excited is justifiable. It was natural given the peculiarities of the changes that were announced for Apple’s new operating systems.

iOS 13 is one such operating system.

It contains many new features worth noticing. Those features can easily change how you use your iPhone and iPad. Major highlights include a system-wide dark mode, improved performance, new gestures, slight changes in design, and updated apps.

For this post, though, let’s keep everything else aside and focus on the updated apps. In that, let’s talk about the Reminders app. For starters, it has gained the biggest overhaul as compared to any of the app updates in iOS 13. It features a new design consisting of tabs to segregate and organize your reminders. It also introduces the ability to create indented list reminders.

However, the best change in the new reminders app is its ability to remind you while you are texting someone. This basically means that you can set a reminder that will notify you of a set task while you initiate a chat with someone on iMessage.

For example, if I set a reminder to invite Bob to a party and choose the related parameter, then whenever I will text Bob a notification will appear reminding me to invite Bob over to the party. Albeit, if Bob annoys you, you won’t remember to text him. So don’t forget to set a reminder for that!

Now, let’s leave Bob alone for a while. Trust me, he’s not that important.

Here’s how to create a reminder and set it to notify you while texting a contact via iMessage:

Now, as soon as you send a text to the contact, a notification with your reminder will appear. You can further interact with the notification to either snooze the reminder or set it to notify you at another time suitable.

An updated Reminders app for iOS was overdue. Apple hadn’t updated it for years and it lacked core functionalities that a good app as such should have.

But the new Reminders app in iOS 13 has improved. With new features such as the one mentioned in the crux of this post, at least for me– as an amateur user of productivity apps –, it’s yet another reason to avoid installing complex third-party alternatives.