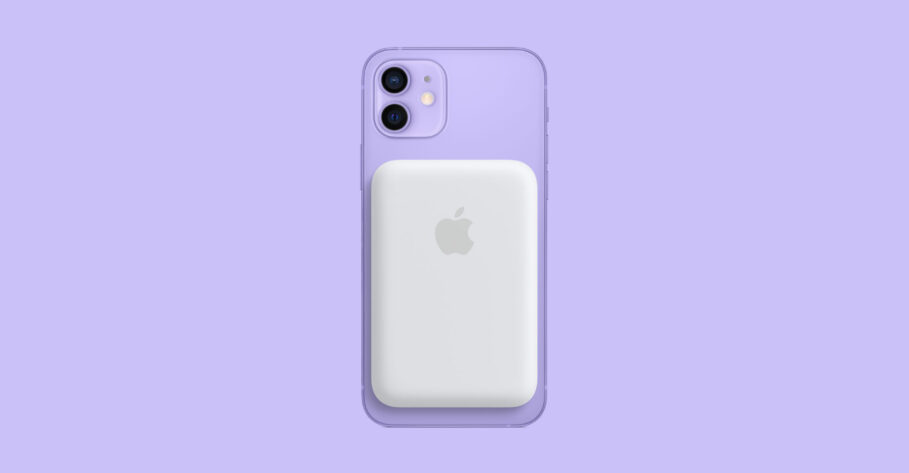 Apple’s MagSafe Battery Pack is a decent solution when you need to charge your iPhone portably. Its charging management system, in collaboration with the iPhone, is unmatched by any battery pack out there.

Some people might not want to spend this much on a battery pack.

This holds especially true if there are interesting alternatives available for under $30.

These MagSafe-compatible battery packs are in some ways better than the official MagSafe Battery Pack. Be it price, portability, versatility, design, or efficiency, some of the juice packs mentioned in this post might be more favorable to your needs than Apple’s official option.

Note: It is recommended to use a USB-C adapter of at least 20W charging capacity when using the following battery packs when connected to a wire.

Anker has been steadily growing as a reputable brand for smartphone accessories. Its portable magnetic battery pack fits right in its reputation. It’s not only cheaper than the official MagSafe Battery Pack but also offers similar features.

It charges your iPhone 12 at 5W. Its 5000mAh battery promises around one full charge. The battery pack also comes with a multidirectional USB-C output port enabling you to charge other devices or even your iPhone (if you want faster-charging speeds) using a wire.

The battery pack from Anker also ships with battery management features like temperature control and protection from overcharging. However, these aren’t better than the official battery pack’s charging management and its integration with the iPhone.

It’s slightly thicker than Apple’s offering. This might make it a little uncomfortable. But, Anker says the rubber-like finish on the battery pack offers a superior grip. Nevertheless, you will still have a hard time fitting your phone inside your pocket with this battery pack attached.

Another thing to note is that Anker’s portable battery pack isn’t MagSafe compatible. It’s simply magnetic. In that sense, when connected to a power source, it doesn’t charge your iPhone at the full 15W charging speed the official battery pack offers. Instead, it’s only capable of charging your iPhone—while connected to a wire—at 7.5W.

That said, its caveats are vastly overshadowed by its price: $46 (at the time of this writing).

The battery pack offers 18W charging speeds while connected to a wire. It itself charges in 3.5 hours.

Belkin is one of the most ubiquitous third-party Apple accessory makers. This means that its integration with Apple devices is usually quite seamless with little to no prior setup required.

Apart from that, Belkin says that this battery pack also features temperature control.

One of the major caveats with this battery pack, however, is the fact that it’s bulky. It almost covers the entire back of your iPhone 12 and is 10mm thicker than the original MagSafe Battery Pack. This renders the camera unusable.

The prime appeal of this battery pack is the fact that there aren’t many magnetic portable battery packs available that hold a 10,000mAh battery capacity. So, if you need to power your phone for the day and some more while you’re out and about, the Boost Charge 10K Magnetic Battery Pack is the perfect solution for that.

Mophie’s Snap+ Juice Pack mini has a fabric textured finish in the front allowing you to grip your iPhone safely. It comes in a black color, which seems to be a dull, recurring trend among portable battery packs.

The battery pack weighs 20 grams more than Apple’s official MagSafe Battery Pack and is also slightly thicker. However, the difference isn’t significant and you should be able to fit your iPhone with the battery pack attached to it in your pocket easily.

It’s worth noting, although, that this battery pack will slightly protrude off the edge of the iPhone 12 mini due to its size.

It has a 5000mAh battery capacity that Mophie says should charge your iPhone 12 once entirely. Of course, that ultimately depends on which iPhone 12 model you are using with the iPhone 12 mini being able to fill itself up once and some more and the iPhone 12 Pro Max only bordering on full.

The battery pack features a USB-C port capable of charging devices via a wire alongside wireless charging. It’s a traditional Qi-based wireless charger so it goes without saying that it can charge devices other than the iPhone including even your AirPods.

The best thing about Mophie’s Snap+ Battery Pack is the fact that its magnetic attachment functionality isn’t limited to iPhones with MagSafe. It comes with an extra magnetic ring that you can stick to the back of iPhones that don’t feature MagSafe or even other smartphones. The battery pack will then snap to the ring just like MagSafe and extend its wireless charging capabilities that way.

All of this, Mophie only offers for $50.

Belkin’s yet another magnetic portable battery pack offering is a decent alternative to the MagSafe Battery Pack from Apple.

It has a battery capacity of 2500mAh which is half of what most portable magnetic battery packs offer. Belkin says, with this power bank, you will be able to charge your iPhone 12 up to 50%.

However, what it lacks in battery prowess, it makes up in its compact design. It falls in the realm of battery packs such as the Anker Powercore Magnetic 5K Wireless Battery Pack which is our first choice when it comes to finding an alternative for Apple’s official battery pack.

It charges your iPhone at 5W which is the same rate at which the MagSafe Battery Pack is capable.

It costs $50. In this case, you might be better off with Anker’s solution since it offers a comparatively higher battery capacity for $4 less. Nevertheless, if you want a quick boost to your iPhone’s battery, the Belkin Boost Charge 2.5K power bank might be a decent choice.

If you are looking for a much cheaper option than anything mentioned in this post previously, this is it.

It has a 5000mAh battery capable of charging your iPhone 12 slightly more than once at a 5W charging speed.

It’s design is also different than other battery packs. Instead of having completely rounded corners, it has sudden steep slopes carved out of it to lend it an aesthetic appeal unmatched by other battery packs mentioned in this post.

It’s only insubstantially thicker than the MagSafe Battery Pack and comes in three different colors—black, white, and blue.

It also comes with an extra magnetic ring that you can attach to the back of non-MagSafe-compatible iPhones and other devices.

While it’s quite cheaper, at $27, it also comes with a major caveat: It’s not MFi certified.

MFi is Apple’s official certification program that third-party accessory manufacturers can be a part of. Apple takes MFi certification seriously and often blocks accessories from interacting with an iPhone just because they aren’t certified.

Apart from that, the lack of MFi certification raises quality concerns, which are easily extrapolated into safety hazards when it comes to batteries. So, for a cheaper cost, you might get some usage out of this battery pack, but it is always impervious to safety hazards and software-based blocks from Apple.