Best USB-C Adapters for MagSafe Battery Pack You Can Get! 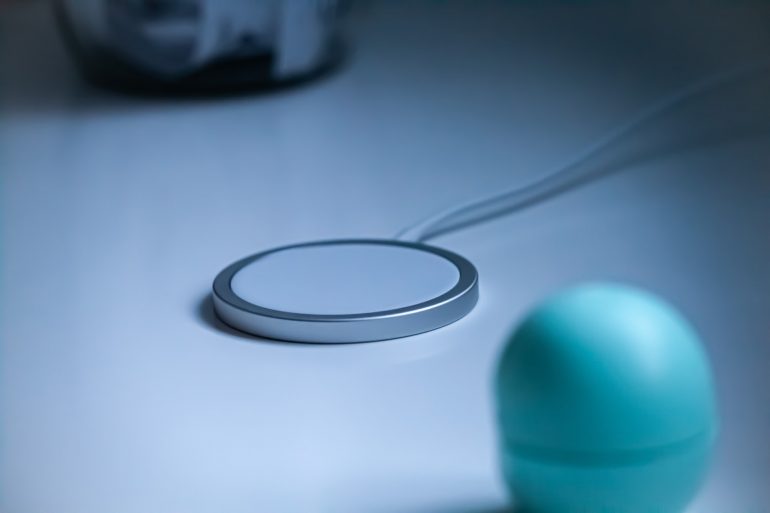 Apple revived MagSafe after killing it several years ago. But it’s not the same MagSafe that you’d associate with a certain charging cable your MacBook would suck in using magnets.

Instead, it’s a new lineup of iPhone accessories that magnetically attach to the back of the iPhone 12, opening up a world of possibilities.

Apple has already given us a few examples of what MagSafe on the iPhone is capable of. There’s the MagSafe leather pocket that you can just snap to the back of your phone whenever you feel the need to carry along your credit cards along with some cash.

While this only helps us assume that a 20W adapter is the best option, you should be able to work with adapters having lesser wattage ratings.

Considering that, here are the best charging adapters for the MagSafe Battery Pack.

Not many third-party charging adapters are fully compatible with the MagSafe Wireless Charger right now as they don’t feature Apple’s specific power profile. That’s why even some 65W power adapters fail at producing 15W of output through the wireless charger. However, we’ll be updating this list as more and more MagSafe-compatible charging adapters become available in the future.

Apple made the super-controversial decision of getting rid of charging adapters and a pair of EarPods from each iPhone box starting mid-October in favor of reducing e-waste globally and reduce the company’s carbon footprint as it will be able to fit more boxes of iPhones in a single pallet.

Apple expects that everyone already has at least one adapter at home at this point. However, not everyone has a USB-C adapter lying around in a drawer as is required by every Apple product lately. So, as an alternative, Apple is also offering a 20W USB-C charging adapter that’s upgraded from last year’s 18W charging adapter.

It’s available at $19 on Amazon as well as from Apple itself.

The Anker PowerPort Atom PD 30W adapter is smaller in size than Apple’s official 20W power adapter which allows you to plug it in cramped places.

It uses GaN circuits for minimized heat production and better efficiency which is why it’s the perfect alternative if, for some reason, you don’t want to use Apple’s official adapters. You can also use it to charge your iPad, your laptop, and even Android phones.

That said, you can get the Anker PowerPort Atom 30W USB-C Wall Charger at $19 from Amazon.

RAVPower has earned its name offering power accessories for the longest time. Its products are top-of-the-class, and this one is no exception.

It also has an additional USB-A port that provides 10W charging. The charger’s design is sleek and isn’t bulky at all, allowing you to carry it in your bag without taking up too much space.