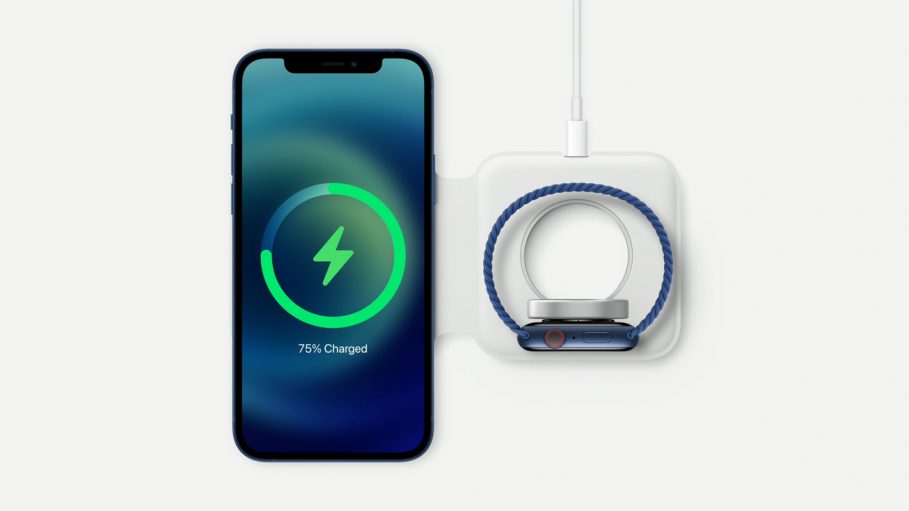 Apple has finally made its MagSafe Duo Charger available to purchase today. It costs $129 and features both the MagSafe charging puck suited for the iPhone 12 series and a regular Apple Watch charging puck.

Apple announced the MagSafe charger alongside new iPhones at its October 13 event. However, at the time, the company said that the MagSafe Duo would launch at a later unspecified date. Recently, a Swiss Apple authorized reseller suggested that Apple would launch the wireless charging mat this month.

Another factor that comes into play when achieving full 14W charging capacity with the MagSafe Duo charger is the adapter that you use. Only some adapters with a specific charging profile are capable.

Furthermore, Apple does not ship an adapter alongside the MagSafe Duo charger, so users may need to purchase one separately. The best option is to opt for Apple’s official 20W adapter.

The MagSafe Duo charger is purposed for the iPhone 12 lineup since it attaches to the phone using magnets embedded in both devices. Users can also, however, charge older iPhones that do not sport the hardware essential for MagSafe compatibility but those won’t charge at full 14W.