How to organize your life better using technology? 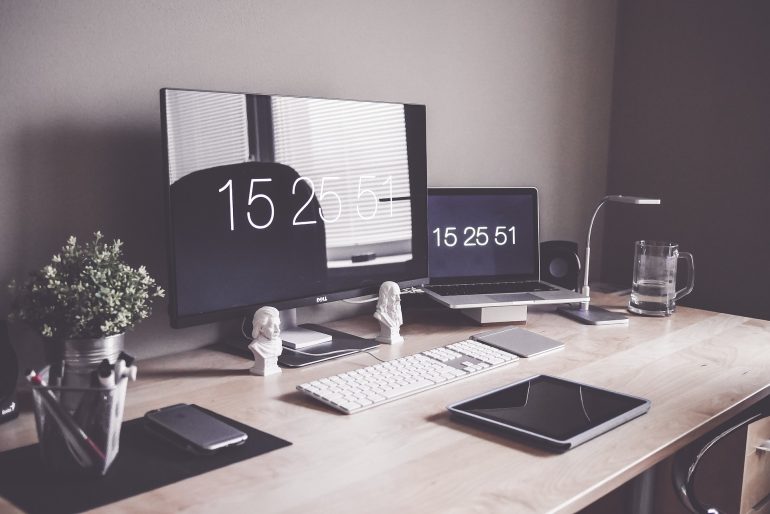 Organization. It has two meanings– an organized entity or being organized. Though it may sound a bit complicated at the beginning, it is a fairly simple concept, in theory.

Unlike the former meaning of organization, the latter has more relevance to us in daily life. Being organized isn’t a simple task in reality. In theory, you are expected to create a timetable, follow that as if you’re robots and never fail. In reality, worlds turn upside down when you plan on achieving a perfectly organized day, if not life.

You know what? organizing your life– or at the very least, your day– is a very difficult task. But just like everything else, you can mitigate those difficulties using technology.

Believe it or not, we all agree on the fact that technology has won the better of us. We are engulfed in technology. From television to smartphones, everything works in unison for us. This unity is just the thing that helps us achieve organization.

So what makes you organized?

Yes, applying efforts is the golden rule here. Unless you do something about your way of living, you won’t even commence being organized.

Here’s when technology butts in. It decreases the efforts required to physically organize your life. Some examples are a Pomodoro app that helps you focus on one task for 25 minutes straight, without any distractions, a simple task manager that keeps a track of your day, etc.

But, why to be organized?

Neat House. Sweet Home gives these 10 reasons why being organized is important:

Now that we know it’s fair to dabble in organizing stuff, let’s see some apps that may help you in the process.

Our brains function in such a fashion that the more stress it takes in, the more it degrades. Well, don’t worry, it won’t turn into a black slob of residue. But, it sure will affect your ability to handle things effectively. There’ll be symptoms of lousiness and eventually, you’ll get more short-tempered.

Stress can come in your way of sculpting an organized life. The brain will require more sleep, making you wake up late every morning, thereby disrupting a fantastic start to the day. I woke up at 5 in the morning today, and trust me it feels good.

I feel like I have the time to do almost everything that’s been pending since last week.

Brain.fm can help you reduce stress, as it is the first step towards achieving an organized day. Brain.fm was initially in the form of a website until the people behind it decided to transform it into an app. Since then, it’s been soaring with popularity among organizers.

What it does is, it provides with soothing sounds taken from music in general. These sounds help you effectively complete whatever task that is intended to be done. And you know what? The music is entirely generated by AI.

What makes Brain.fm different is that unlike other apps, it initially asks your state of mind and then curates the best sound for you. For example, if you are studying for a test, you can choose the “Focus” mindset and the app will automatically start playing a sound that’ll help you focus. And the best part is that it really works.

You can get Brain.fm for iOS and Android here. 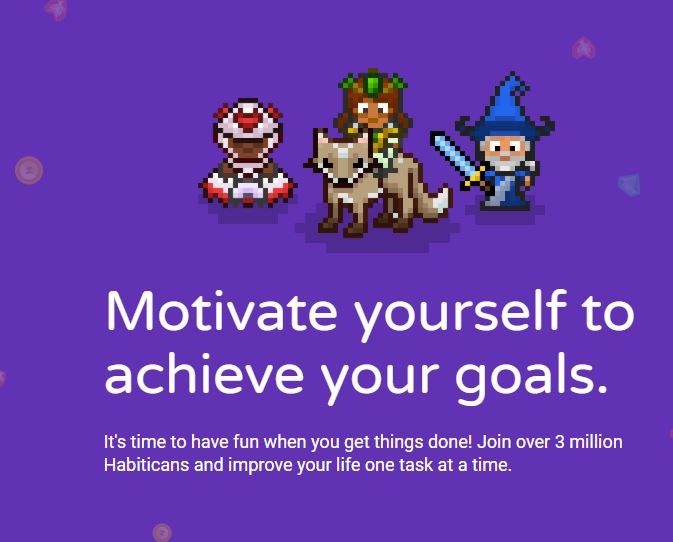 Once you’ve got your mind ready to begin organizing, this app will help you set the grounds and initiate the process.

A major part of organizing is to commit to doing tasks regularly every single day. Organizing your life isn’t gonna happen if you just focus on it for a day or so. You need to pull tasks into a habit.

Working with habits is a daunting task. More daunting than that is to bring those tasks into a habit.

Habitica is one perfect app for that. It is a complex habit tracker, yet extremely simple to use. But why this app is so compelling is interesting in its own way. This app features an 8-bit style game. You get to choose an avatar at the beginning. The main concept is to grow your avatar and make it powerful. And you have to do that my checking off the tasks that you planned for the day and intend to create into a habit.

Habitica allows you to compete with friends. That way, you are compelled to do the tasks to get yourself at the top. Oher than a habit tracker, Habitica is also a to-do list and a task planner combined.

You can get Habitica for iOS and Android here. 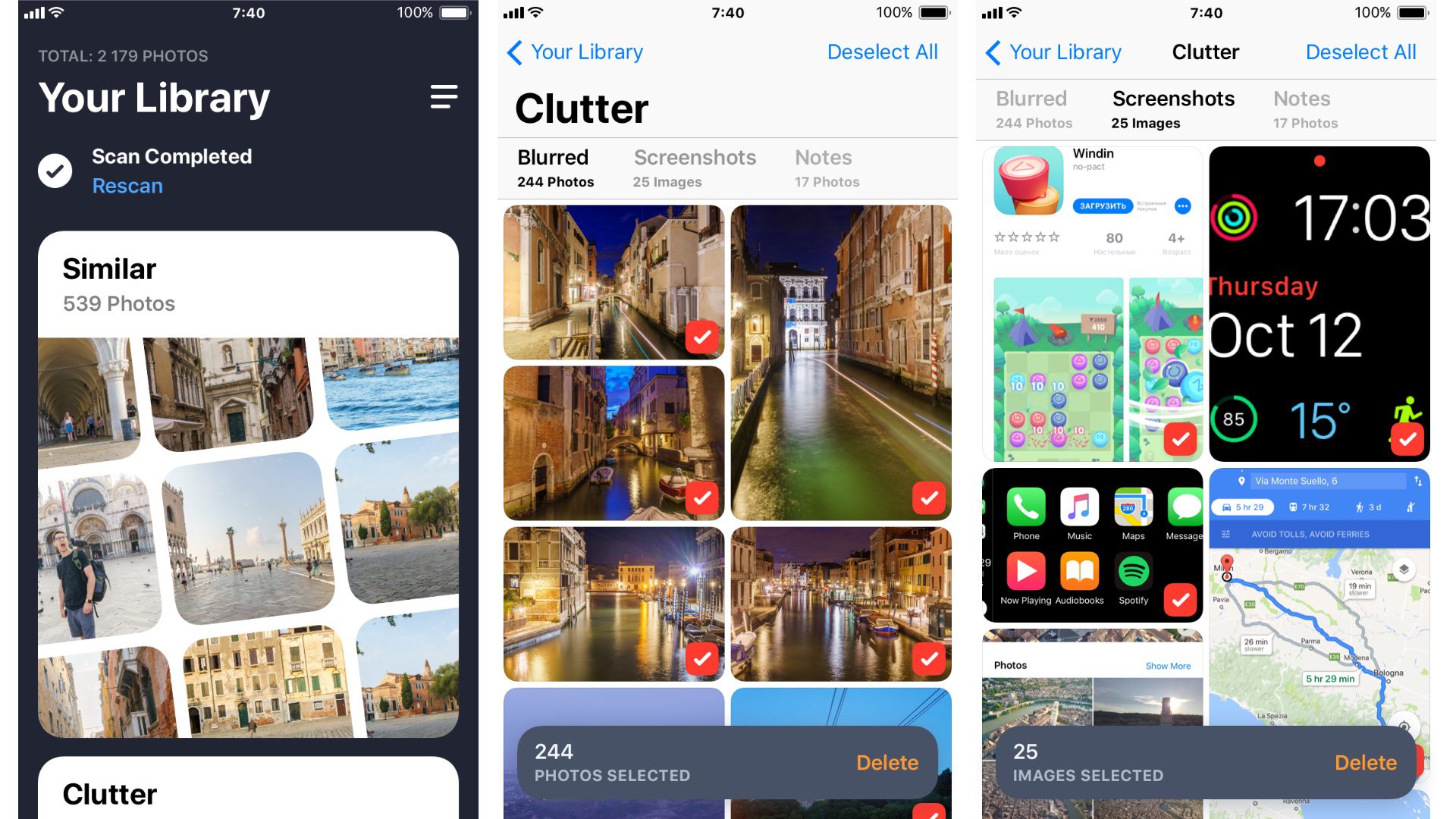 Ever since smartphone cameras have captured the smartphone market in terms of the most compelling buying impetus, there has been chaos.

It has become difficult to store a lot of these photos, especially those which exceed the 1 MB limit– which is a problem with the entire smartphone population these days (cause the cameras are so great). And since our lives are now entirely dependent on smartphones, there is more to just capturing candids and professional photos. Day in and out, I’m forced to capture every receipt I pay for. As a result, there is tons of virtual paper in my camera roll.

There is more to just capturing candids and professional photos.

Thankfully, Gemini is proven to be a lifesaver. It analyzes your entire photo library using AI and machine learning and segregates your photos into:

Then, the app allows you to select all those extra and unneeded images and delete them at once. However, there is an option to deselect the photos that you still want to keep. Gemini is especially for phones that don’t have enough storage, or for people who simply don’t like clutter in their photo library.

Apart from the job this app does, it also nails down on design. Apps like these usually don’t sport a smooth and blissfully designed interface. Thankfully, Gemini does. Although, unfortunately, Gemini is only available for iOS users.

You can get Gemini for iOS here.

A simple to-do list? An idea jotter? A collaborative app? Trello has it all.

This app could be claimed the highlight of organizing your day. It has been in the App Store and Google’s Play Store for quite a long time now, and it has clearly evolved into an extremely versatile, reliable service.

With Trello, you can plan your day, collaboratively. It works on the concept of boards and lists. You create a board and add a list in it. Then, you can edit, comment, prioritize and almost do anything with the content of that list; the best part being, to allow your friends to contribute to those edits.

Trello is a must-have if you ask me.

You can get Trello on iOS and Android here. 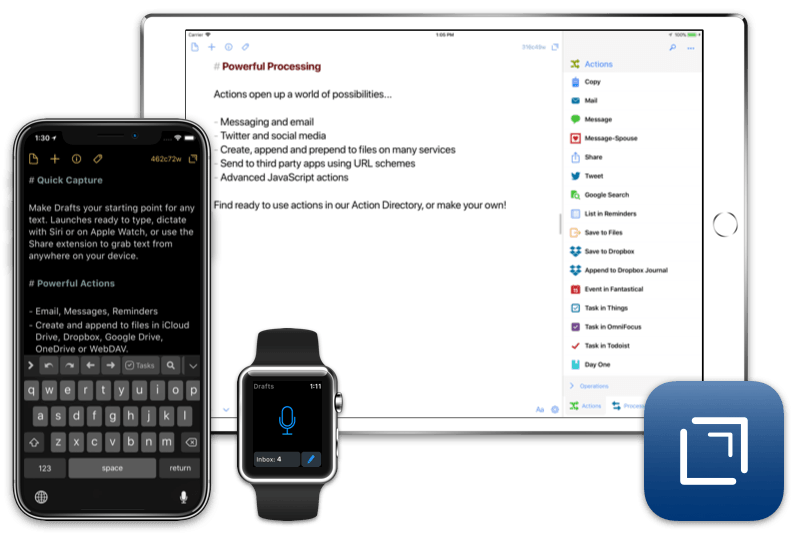 Got an idea or an opinion about something that you know you’re gonna forget later? Use Drafts.

More than this stuff helps you stay organized, they enable you to find flaws in your organization. And that is one of the most important aspects when it comes to organizing your day.

‘Drafts’ helps you to instantly jot down text, which you can automatically post it or transfer it to a number of places including Twitter, email, etc.

The reason ‘Drafts’ is recommended because it has a stronghold on the ecosystem. I’m talking about Apple here since ‘Drafts’ too is not available on Android as of now.

By “stronghold on the ecosystem”, I mean the app has woven its strings deep into every device Apple makes. For instance, you can use Siri to quickly create a draft. The voice-to-text function on the Apple watch makes jotting down any thought a breeze, and the iPhone version controls everything.

The best part is that it totally supports Markdown– a feature many want but very few apps deliver. There are several modes too, that makes typing some text easy. For instance, the arrange tool enables rearranging the text.

‘Drafts’, to be frank, has a very simple design. But functionality in this matter beats design.

You can get ‘Drafts’ on iOS here.

That’s all it takes for basic organization. We are always excited to hear your organized routines. So, fire away!

The 8-Bit may acquire commissions for the products you buy from the links provided in this post.