Pixel 3 being sold before its launch? Is it pre-event publicity or is it a mistake? 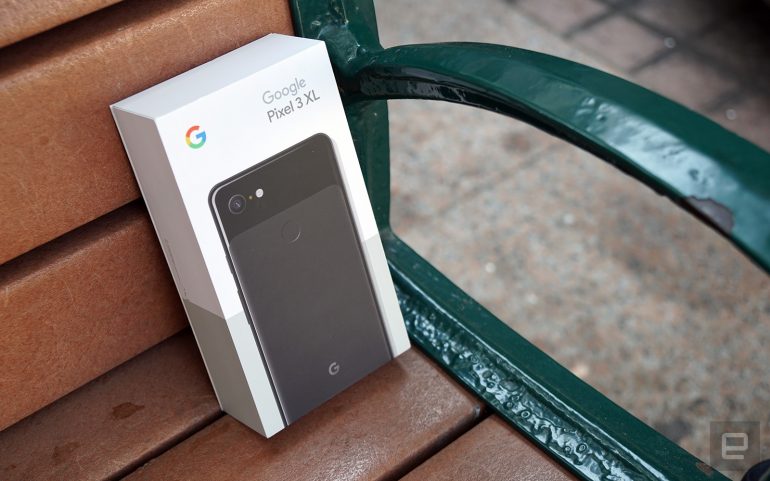 New devices from Google including the Pixel 3, a slate, and a laptop are all set to be announced at a Google event on October 9, which is just two days from now. But, a retailer in Hong Kong is already a step ahead of Google by selling the new, unreleased Pixel 3 XL for a hefty price of $2,030.

The seller, named WahPhone is a HongKong-based retailer who seems to have somehow acquired early Pixel 3 retail shipments from Google. These units came into highlight when Engadget reporter Richard Lai “borrowed” one for an early hands-on. Later, several native Chinese tech news publications covered the leak.

“I borrowed the phone from Hong Kong mobile shop WahPhone Digital, which is actually offering this fully-boxed device for a mere HK$15,880 or around US$2,030. Ouch, ” Lai says in a blog post on Engadget.

Google’s Pixel 3 announcement on Tuesday won’t undoubtedly leave any new features to be uncovered. Part of which is owing to the previous floods of leaks and now, the outright selling of these units before D-day. But, this leak raises a flurry of questions, from which the biggest one is, “How did those retail units get to the retailer?”

This leak raises a flurry of questions.

When you visit the Facebook page of WahPhone, you can see that there is only a bare minimum of 28,000 page-likes, which isn’t a boastful number for a retail shop which Google would consider sending its shipments to. I get it, likes on a Facebook page isn’t the way to measure a business’ credibility, but there’s more to the thought. This question makes more sense when rephrased: “How did the retailer manage to get those retail units?”

If you look at Pixel 3’s package, you’ll notice that there’s a Google hologram on it, which indicates that the device units are as real as they can get. And as far as Google or any other major manufacturer is concerned, sending units for sale to a regular retail shop before the launch is highly unconventional. Rather, it’s viable that these units could have been stolen from Foxconn’s Shenzhen facility situated in Hong Kong- where the Pixel 3 is being manufactured. Look, I’m not accusing the retailer of theft through its sources; I’m just saying that this is likely to be the case.

Another vague possibility is Google setting this whole thing up to generate hype before the event. Even the odds are ostensibly high. The reason, because if it were the case, no company would have ever got to this level of dexterity. No company has, in the past. Also, the idea that an Engadget reporter was conveniently present during that time and “borrowed” the phone instead of buying it feels kind of fishy, especially since the retailer was off selling the phones for $2,030. There are also many other Chinese tech websites that tried on the Pixel 3 by themselves and poured out their hearts with the device.

Look, it could be that the retailer might have wanted some recognition, but why would someone emanate something which could get oneself in trouble? This strengthens the possibility that it was a pre-event publicity by Google.

In a chat conversation with The 8-Bit, a representative from the retail shop even reported that the devices were out of stock when asked for one. This indicates that there were only so many units that the stock diminished in just a day and a half. WahPhone also didn’t respond to The 8-Bit’s comment about the origin of those units, which points out the fact that these transactions are indeed sketchy.

The Pixel 3 and the Pixel 3 XL are the latest flagships from Google this year. Unlike last year, the new devices don’t fail to get on with the trend of having a notch on the display. And Pixel 3 sports a rather ugly one. Surprisingly, the unit Engadget reporter Richard Lai got his hands on had 4 GB of RAM and a Snapdragon 845 processor, revealing that it could be the lower variant of the two.

The camera is also indubitably upgraded. The main camera features a single 12.2-megapixel sensor and the front camera- an 8-megapixel sensor. For some reason, Google still doesn’t want to get over, relying on its software to achieve the depth effect which can be usually obtained by having two sensors create a depth map at the same time. Thus, you won’t notice two lenses on the back of the phone. But, there are two sensors at the front of the phone, surprisingly! One way or another, Pixels are known to produce the best pictures of all. And this time isn’t different.

Judging from these photos, the Pixel 3, just like its predecessors goes a little easy on the lighting and colors. For instance, you can see that the iPhone XS Max produces saturated, warm shots while the Pixel 3 produces more real-life images. The Pixel 3 shines in the dark too:

You’ll notice a lot of smudges here and there in the iPhone XS Max image, but the Pixel 3 completely eliminates them and develops a much sharper one.

Designwise, the Pixel 3 somewhat looks just like its predecessor. But the design, this time, is being used to complement the functionality of the device. You can just squeeze the sides to evoke certain functions, for instance. The large display on the XL is kind of a problem for people with small hands, and even for people with large hands. It’s the same problem that the iPhone XS Max users face and increasingly complain about. The large display makes it almost impossible for fingers to reach the top corners- where the notification center is located. On top of that, to make matters worse, there’s no such thing like reachability for Pixel devices.

With all that in the box, honestly, I think that the Pixel 3 is worth giving a shot- especially due to its impressively precise camera quality and image processing. Even though the device got leaked out before the event, there’s hope that there’ll be at least one thing new that Google might surprise us with. Fingers crossed! And if this fiasco turns out to be a publicity stunt by Google, it’s safe to say that the event on October 9 will be full of surprises. Imagine Sundar Pichai popping on the stage and saying, “Gotcha, suckers!”

Still, until we hear any official statements from Google or the retailer itself, the origin of these units will remain a mystery. My bet is on Google’s publicity stunt. What do you think? What could be the case? Let me know in the comments below…