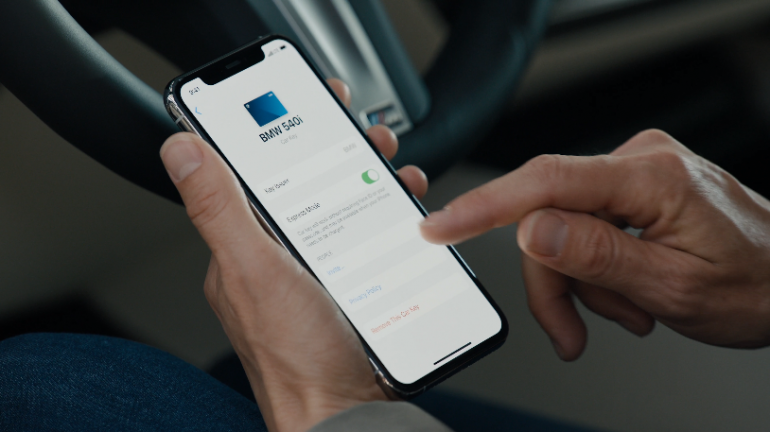 Rumors of Apple’s Car Key coming to the iPhone first started circulating a few months ago when people noticed the API for ‘Car Key’ in an early beta release for iOS 13.4. Later, Apple confirmed the rumors at WWDC’20 last month, announcing the feature alongside iOS 14. Car Keys will be available on select devices starting from iOS 13.6.

Pretty soon, that was all everyone could talk about. What phones and cars would be compatible? How will it work? Excited chatters started making rounds of the community. But nervousness and anxiety accompanied this excitement. “Anxiety about what,” you may ask?

Well, imagine your car supports Apple Car Key, and you decide to completely ditch your key fob in favor of your iPhone and Apple Watch to lock, unlock, and start your car. What happens when your iPhone runs out of battery? I see you’re experiencing the same anxiety too. It’s seemingly a recipe for disaster.

Let me put a stopper in your worries right now. There’s no need to go down that spiral yet. Apple says that Car Key will work for up to 5 hours even after your phone has died and entered the “Power Reserve” mode.

So, even when your phone dies, you have a big enough window to either find a charger or return home. Whether you are at a late-night party or have simply had a long day, Apple has got your back. But remember, there’s a catch. This only works if you use the Apple Car Key in Express Mode and don’t enable Face ID authentication for it.

How is this possible, though? How can your iPhone summon enough power to unlock a car door when it’s dead? Well, it’s owing to the NFC chip that lives inside your iPhone. It’s well-known for incredibly minimal power consumption and draws very little power from your iPhone’s battery — only 3 to 5mA when it’s asleep. At the other end, your iPhone keeps some power in reserve for fueling the NFC chips, hence the name “Power Reserve.”

What is Apple Car Key?

If you’re unfamiliar with the concept, let me bring you up to speed. After CarPlay, Car Key is Apple’s latest effort in bridging the gap between your device and your vehicle. It is a digital code saved to your iPhone’s Wallet that you can use to lock, unlock, and start your car.

In addition to not having to worry about the battery, you also can be completely relaxed about internet connectivity. It does not require an internet connection, so whether you are in the depths of a parking space or going for a trip off the grid, you can leave your key fob at home.

Car Key will be compatible with the iPhone models from the iPhone XR onward that have iOS 13.6 installed. Even though announced as part of the upcoming iOS 14, Apple has released Car Key in the latest version of iOS 13 — 13.6. The reason behind that is simple: BMW 5 series 2021 is the first car that is compatible with Car Key, and with the car already launched, Apple wanted users to be able to use the feature with their car.

Apple is also working with other car manufacturers to bring the feature to more and more cars as an industry standard.

How does Apple Car Key Work?

Car Key uses Near-Field Communication (NFC) technology. You simply need to hold your phone near the NFC tag reader of your car to lock/unlock it. Then, place your phone in the charging pad and push the Start button of your car. It has an “Express” mode that bypasses any need for verification. But you can choose to disable it if you’d rather that it asks for Face ID/ passcode authentication before you can use it.

You’d have to initially set up the Car Key using the car manufacturer’s app, but once the setup process is complete, the keys will appear in your Apple Wallet. You can also simply share the keys with anyone via iMessage, i.e., no need for a spare set of keys or a trip to the dealer to get spare keys made!

Additionally, Apple is also working with the Car Connectivity Consortium (CCC) to use its U1 chip and shift from NFC technology to Ultra Wide Band technology. Currently, NFC chips only have a range of up to 10cm. As a result, it’s required that you tap your iPhone to the car’s handles to establish communication.

The Ultra Wide Band technology, on the other hand, uses precise spatial awareness with a better range, so instead of having to tap your iPhone at the NFC tag, you won’t even need to take it out of your pocket or bag. Perfect for rainy conditions! So, iPhone 11 and onwards that have the U1 chip will be compatible when the technology comes out. Apple is aiming for a next-year release for it.

The Apple Car Key is on the path to becoming the standard in the coming years. And the users who will come to love it will eventually forget their key fob even exists. Now, the fact that the Apple Car Key will even work even when your iPhone has run out of battery for up to 5 hours is the best news of all. Use the Car Key with Express mode, and you’re all set for late-night parties, road trips, and just about everything else!