The GoPro Hero 7 camera has been leaked via a store display. 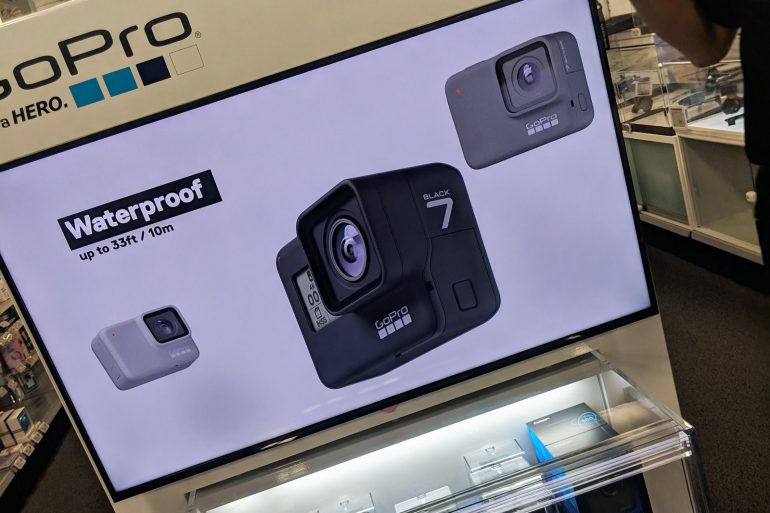 This year has been a blast in terms of accidental product leaks. And this time, GoPro’s the one endorsing the title. A Reddit user posted a bunch of photos on Imgur which contained a display showcasing GoPro’s unannounced Hero 7 cameras. The gallery from Imgur has been removed since.

Those images, though, gave out very little about the upcoming cameras by the company. For instance, the display only showcases three cameras, each having a different color- Black, Silver, and Grey. However, only the black variant has a display, which recalls the fact that the Hero 4 line also had the same hierarchy.

GoPro has been in a lot of hot water the past couple of years, but it managed to stabilize itself by cutting down its camera lineup to just three models in 2016, launching a 360-degree camera called Fusion, and abandoning the drone business.

Nevertheless, the company’s efforts towards recovery have been successful to an extent. For instance, GoPro reported a profitable quarter last year. But, the question is: will it be able to continue this long enough?