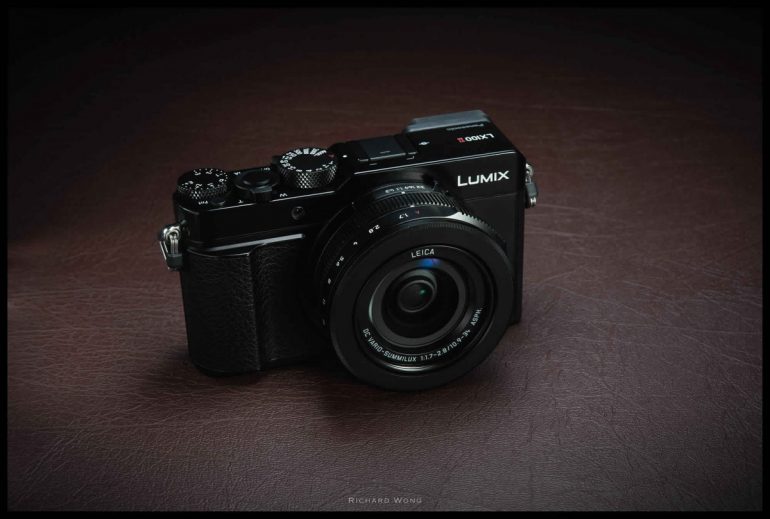 Compact cameras are a hit these days. With their affordable prices and their compact sizes, they appeal the amateur photographers to pick one up and slide it in the back pocket.

Point and shoots are a great way to get into photography without leaving behind the conventional techniques such as controlling the shutter speed and the aperture size. They are a great way to clean off your hands on various genres, before investing in a DSLR or Mirrorless camera body.

Four years back, Panasonic came out with a rather unique compact camera, the Lumix LX100. It was unique because it had comparatively large Micro Four Thirds sensor and fast, wide-aperture Leica 24-75mm equivalent f/1.7-2.8 lens. Almost everyone came away with the review, totally impressed with the camera and what the company had achieved in such a compact body.

There were still complaints about its relatively larger body and its lacking in the resolution department. I guess that was because Canon’s and Sony’s point-and-shoots had set the expectations high for palm-sized cameras. It also could record videos in 4K!

It’s not much of an upgrade?

Now, it was about time Panasonic came out with an upgrade to the almost perfect camera. The successor, the LX100 Mark II was launched earlier today, and guess what, it looks just like it’s predecessor (almost!). Don’t worry, there are a lot of improvements under the hood.

Externally, the most obvious difference between the two cameras (which are nearly identical in size and weight) is to be found in their handgrips. Where that on the LX100 was beveled towards the camera body at its top, that on the LX100 II now ends more abruptly with a sharp right-angle. And while the textured inlay on the handgrip is still faux-leather rather than the real thing, it now has a larger grain pattern that makes it look more natural.

And that’s about it for the visual differences, other than changes to the model number, silk-screening for a couple of buttons, and the absence of the ‘L’ (for Lumix) badge which used to sit tucked beneath the left side of the lens (when looking from the rear). The button labeling changes, meanwhile, repurposing the previous Filter and Wi-Fi buttons on the LX100 with two additional customizable Function buttons on the newer camera.

There’s an improvement in the resolution as well. The new camera comes with an improved sensor, a total pixel count of 21.77 megapixels, although the corners of the image sensor extend beyond the image circle of the lens, and so the actual image dimensions vary on both axes, depending upon the aspect ratio chosen.

It being the same lens, the sweet AF performance and swift depth-from-defocus autofocus technology that we saw in the earlier camera, too. Like Canon’s phase detection AF, it can quickly determine the distance and direction in which to focus, avoiding focus hunting that can be an issue with contrast-based systems. (Although these days, good CDAF systems can compete surprisingly well against alternatives.)

The electronic viewfinder very high-resolution 1,280 x 720 pixel, 0.38-inch field-sequential panel as used previously in cameras including not just the LX100, but also the GX7 system camera. The battery size remains the same, but what’s new is that the camera can now be charged directly through a micro USB port. It also sports a Micro HDMI D-Type port.

Panasonic is pricing the LX100 II somewhat highly at $999.99 — that’s $100 more than its predecessor launched at, and $400 more than you can find it for today. It’ll be available in October. So far, it doesn’t feel like it can compete with Sony’s RX100 Mark IV.

Do you feel it’s a major update?