Take a look at the seemingly first iPhone 12 Pro unboxing 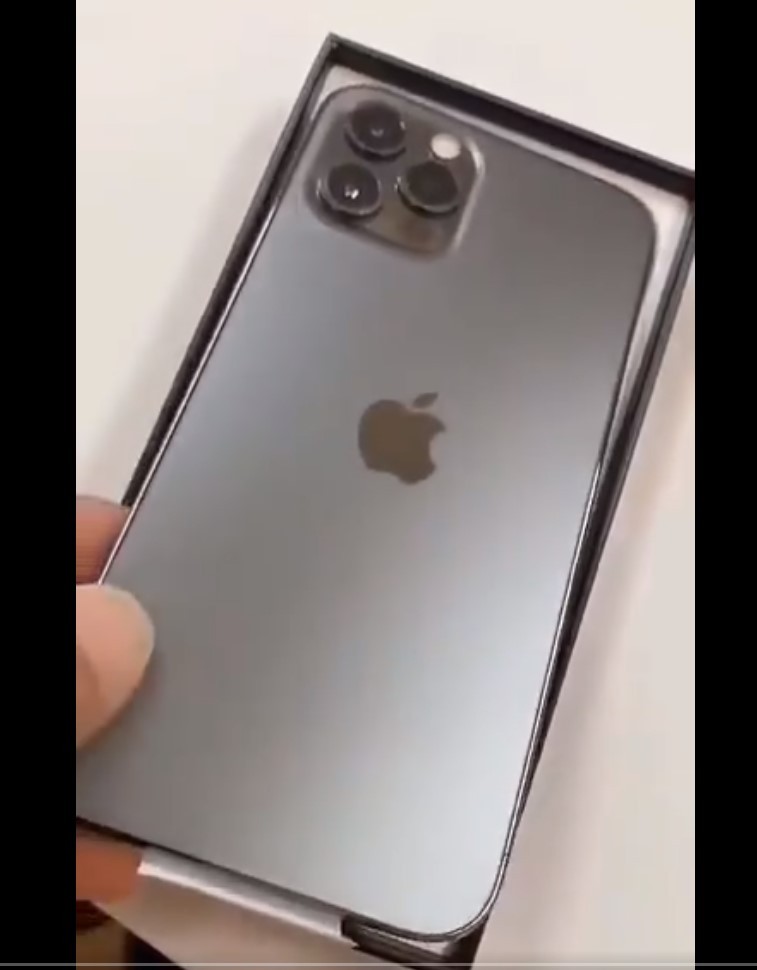 This unboxing video is probably from China and first started appearing on Twitter. It offers an up-close look at the new iPhone 12 Pro.

As per the video, there are a few notable changes that Apple has introduced with the new smaller packaging. First, there’s the controversial decision to remove the charging adapter and EarPods from the box. However, the box still ships with a USB-C to Lightning adapter, which is obstructed by the iPhone 12 Pro in the video.

Then, there’s the iPhone itself. It is wrapped in a white sheet of plastic with minimalistic icons indicating the purpose of the different buttons on the iPhone. Previously, that plastic used to be transparent and didn’t feature icons for guidance. The iPhone is placed upside down when you first open the box. Moreover, it’s worth noting that the box itself is black. Now, the color of the box varies for the model of iPhone you’ve purchased.

The color of the iPhone isn’t exactly clear due to the poor quality of the video, but it seems to be the new graphite color that has replaced the space gray color on the iPhone 11 Pro.

One more notable thing here is that the little groove on the left of the phone isn’t there. This is because the iPhone displayed in the video is bought in China, while the little groove—which is actually the mmWave antenna—is only present on U.S. models.

Suffice to say, the refreshed design on the iPhone 12 Pro looks appealing. How comfortable it is to hold with the squared edges is another question.

Apart from that, Apple’s decision to ditch the charging adapter and EarPods from the box has sparked controversy, especially since the company introduced the change as beneficial to the environment.