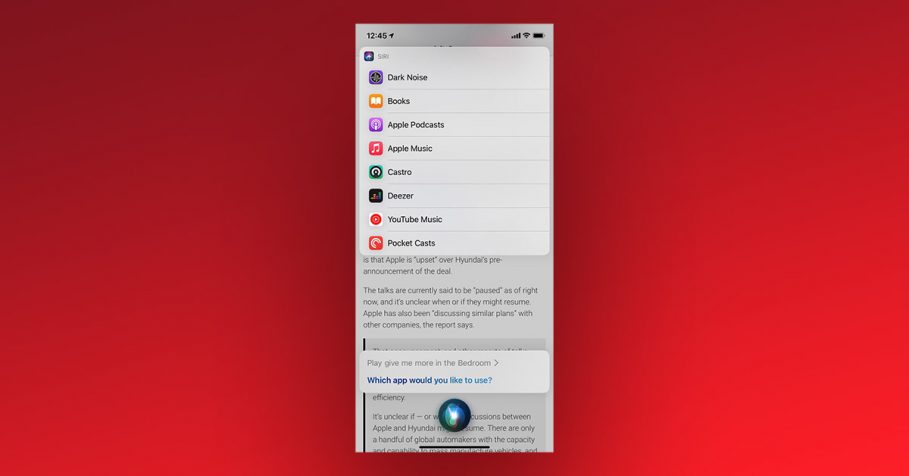 Apple launched the initial beta versions of iOS 14.5 to developers and public beta testers last week. Among the list of new features, Apple has also introduced a new functionality within Siri that enables the virtual assistant to set a default music streaming service aside from Apple Music.

First noted by users on Reddit, the first time you ask Siri to play a song on iOS 14.5, it offers an option to choose between different music streaming apps. The third-party music streaming apps should be installed on your iPhone in order for Siri to be able to set them as default.

For instance, if you chose Spotify as the default app, the next time you say “Hey, Siri, play The Lazy Song,” Siri will play it on Spotify instead of Apple Music.

Siri will also set a music streaming app as default if you ask it to play from that specific app for the first time. For example, “Hey, Siri, play The Lazy Song on Spotify.”

While it’s an interesting addition to iOS; and a feature that a lot of users had been demanding for a long time, it’s quite inconsistent as of now. Users report that it only works with specific phrases.

For instance, if you command “play music,” Siri sometimes reverts back to using Apple Music. In order to ensure Siri keeps using the third-party app you set as default, you’ll need to mention the playlist, album, or name of the song to play as well.

Since it’s a part of iOS 14.5 Developer and Public Beta, shortcomings are expected. Apple may refine the functionality in future beta versions until the final iOS 14.5 release. But it’s nice to see Apple finally allowing users to set a third-party music streaming service as the default choice while using Siri.

It’s unclear if the ability to set the default music-streaming service for Siri is extended to the HomePod as well. One of the initial complaints about HomePod was its stringent inability to play songs from third-party music services like Spotify, Tidal, Deezer, etc. If the latest Siri functionality in iOS 14.5 works with HomePods as well, it will make the HomePod all the more worth purchasing.