Your iPhone 12 is going to sport a smaller notch, as per new leak

No, the notch is not disappearing so soon. Sorry! 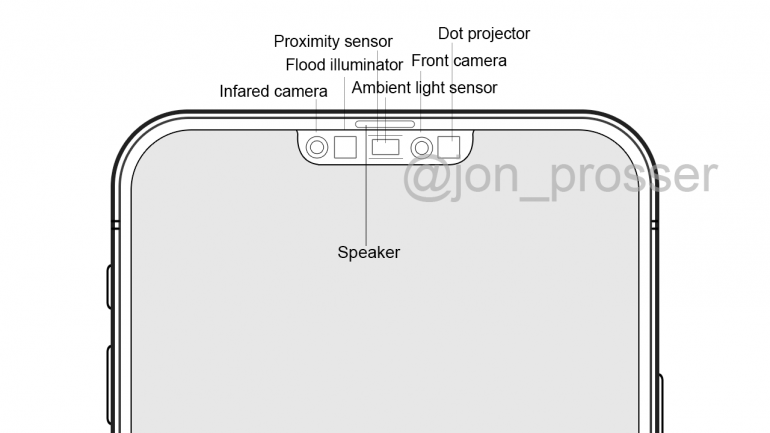 Early rumors pointed towards Apple including a smaller notch on the iPhone 12 that is set to release later this year. However, a recent leak has seemingly confirmed this rumor.

Jon Prosser, a tech YouTuber with a recent history of correctly leaking information about Apple products including details about the iPhone SE 2, tweeted this diagram of the iPhone 12’s smaller notch. You can take a look at it below.

I’ve included the iPhone 11’s notch for comparison. The most notable change in the new notch on the left is apparently its size. In order to achieve this, some components have been placed differently, most notable being the speaker which is moved upwards and onto the upper bezel instead of aligning it linearly among other components in the notch.

This gives space to cram the rest of the components including the Dot projector, the camera, Ambient light sensor, Flood illuminator, and the Infrared camera on the notch and make it altogether thinner from the sides.

This modification may, although, be a bit disappointing for some people as previous reports suggested Apple would completely ditch the notch and move all of the essential components used for FaceID to the bezels. So, people expecting no notch may have to settle for a smaller one instead.

On a positive note, the reduced size of the notch may provide more screen real estate for users. This will make the display seem much more aesthetically pleasing and the notch less intruding. However, on the contrary, a resized notch may see apps sluggishly updating their interfaces to match the notch, at least in the beginning months after release.

The credibility of this leak is legitimate as it is leaked by Jon Prosser, who has been surprisingly accurate in revealing information about Apple products including in-depth details about the iPhone SE. Here is his tweet, for brevity.

If this leak ever solidifies, Apple will probably notice a spike in interest among aficionados and regular buyers alike.

Rumors by renowned analyst Ming-Chi Kuo in as early as July 2019 predicted Apple would reduce the notch on iPhones releasing in 2020 by making the front camera smaller. Evidently, the front camera in the CAD design in Jon Prosser’s leak does seem a tad bit smaller than the one on the traditional iPhone notch.