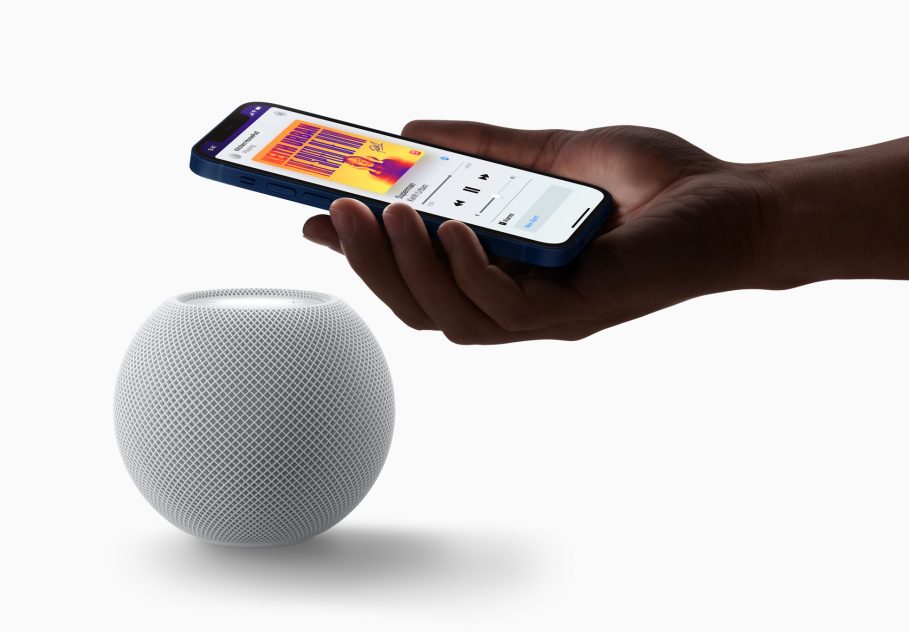 Not long after Apple announced official versions of iOS 14.3 to users this week, Apple has already issued iOS 14.4 Beta 1 for iPhone, iPad, and HomePod. While there’s nothing notably new for the iPhone and iPad, HomePod just got an interesting update.

Users will now be able to experience the new haptics and user interface animations associated with the additions to the Handoff feature Apple announced alongside the HomePod mini at its October 13 iPhone event.

Apple announced and demonstrated at the event that users would be able to bring their supported iPhones closer to their U1-enabled HomePod mini units—both mini and the original HomePod—and the track that your iPhone is playing will automatically get transferred to the HomePod. At the time Apple said, “later this year, the experience gets even better with visual, audible, and haptic effects when sound transfers from one device to the other.”

The new features comprise of two elements: the haptics and the UI. The haptics is specifically the fun part because they offer a stimulated assurance that you’re making a transfer to a HomePod. As you move closer to a HomePod mini while there’s a track playing on your iPhone, your iPhone will play haptic vibrations with increasing intensity the closer you get to the HomePod.

At the same time, a banner appears on your iPhone indicating that the HomePod is initiating a transfer. Once you get adequately close to the HomePod mini, the banner will automatically expand into a platter accompanied by a final haptic beat.

Note that the new proximity-based Handoff feature is only available for the HomePod mini and iPhone 11 and later, as only these devices feature Apple’s proprietary U1 (UWB) chip.