iOS 14.3 for HomePod and HomePod mini now allows other users at home to sign in with their own Apple ID 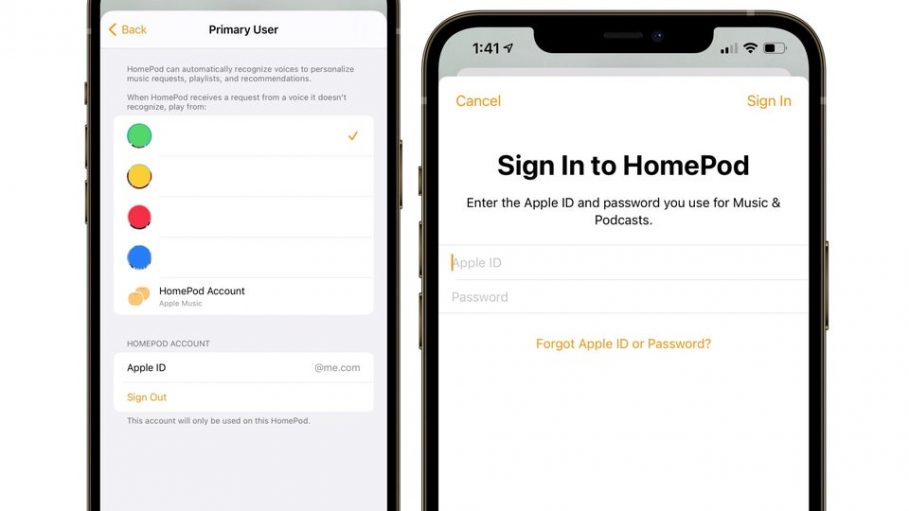 Apple launched iOS 14.3 for the HomePod and HomePod mini yesterday. While the release notes for the update only stated “general performance and stability improvements,” one feature might have gone under the radar.

HomePod and HomePod mini now allow users in a home to sign in with their own Apple ID accounts instead of everyone having to depend on a single Apple ID.

Siri on the HomePod is currently spot on at recognizing individual voices recorded for each user added within the Home app. However, signing in with individual Apple IDs extends the functionality for everyone in the household, considering there are HomePods set up in multiple rooms.

By signing on with their own Apple ID, members of a household can execute their own automations, which is a privilege previously reserved to only the default account. This means that other members won’t need to rely on Siri’s voice recognition feature when using a HomePod specifically tied to their Apple ID. And, even though everyone is able to claim their own HomePods in a household by signing in with their Apple ID, all the HomePods in a household still stay connected to each other under a single “HomePod Account,” which can be the Apple ID of the head of the household.

Furthermore, the update also enables assigning a primary user for each HomePod. This is useful at times when the HomePod fails to recognize a user’s voice via Siri.

In order to set a Primary user for each HomePod, head over to the Home app, long press a HomePod tile, tap on Settings, and then select the primary user.

iOS 14.3 for HomePod and HomePod mini does not, however, introduce a long-expected feature called Handoff. Apple demoed it during its October 13 presentation. Handoff allows users to bring their iPhones with U1 chips inside closer to the HomePod and it will seamlessly transfer the track from the iPhone to the HomePod without any latency. Since it’s not included in this update, hopes are up for it to be introduced in the next.