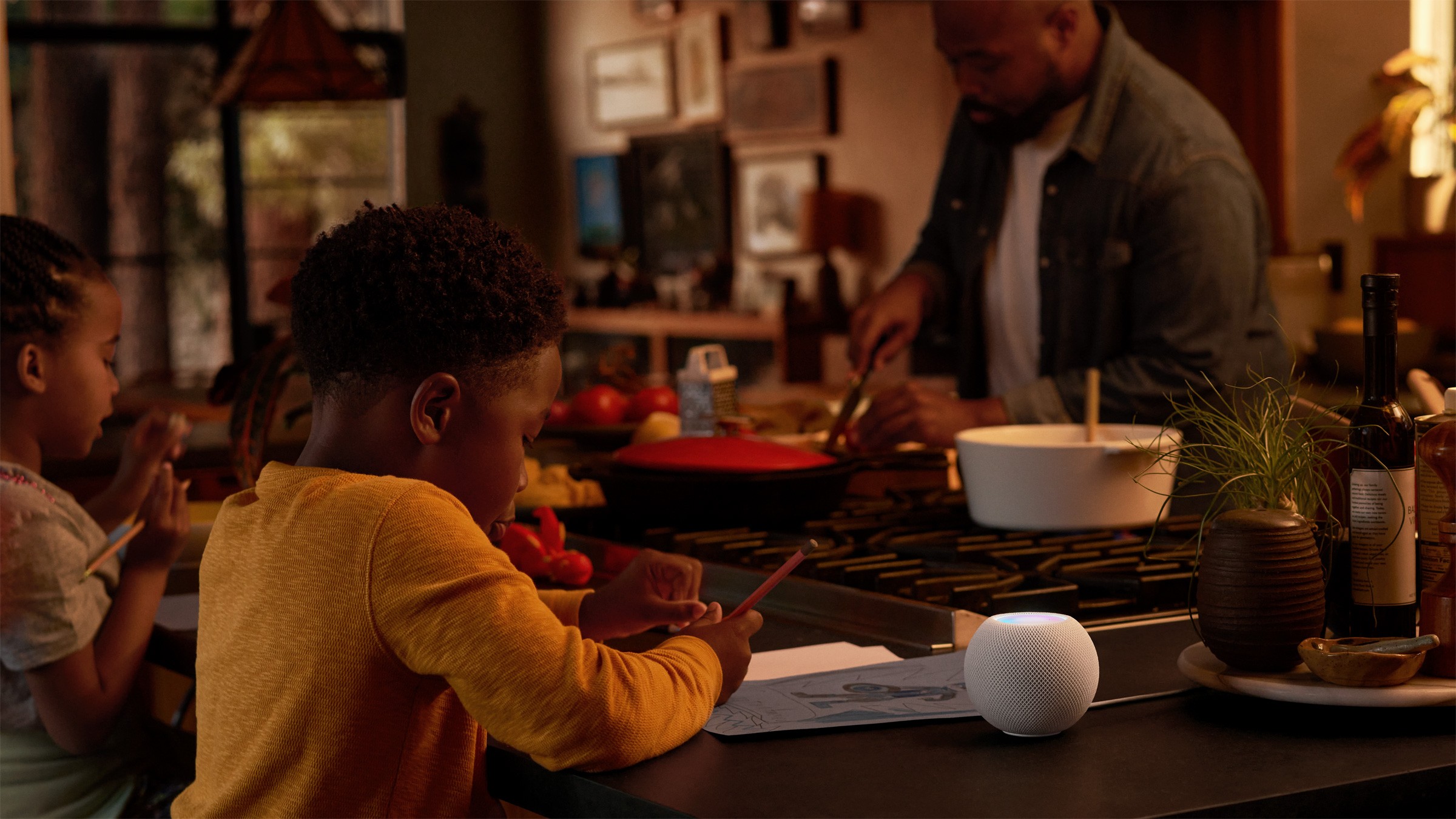 Intercom on HomePod & HomePod mini: Here’s Everything you NEED to know

Apple has officially taken wraps off of its HomePod mini smart speaker. It directly competes with Google’s Nest Audio speakers and Amazon’s Echo speakers at $99. The HomePod mini comes with tons of new features that target both the listening experience and usability. Apple also introduced a particularly interesting feature that I think a lot of users will appreciate: Intercom.

Similar to the “Drop-in” feature on Alexa-enabled speakers, Intercom enables in-home voice communication. With it, you can make the HomePod mini a source of medium to interact with your family in a house.

What is Intercom on the HomePod mini?

Apple has set the nomenclature quite simple here. Just like the intercom—which is used for communication within a short distance or an enclosed space—Intercom on the HomePod mini is Apple’s new feature that lets you use the HomePod mini to interact with your family or housemates in a household.

“A new Intercom feature offers a quick and easy way for family members to connect with each other at home. One person can send an Intercom message from one HomePod to another — whether in a different room, a specific zone, or multiple rooms throughout the home — and their voice will automatically play on the designated HomePod speaker. Intercom works with iPhone, iPad, Apple Watch, AirPods, and CarPlay, so everyone in the household can get Intercom notifications and send Intercom messages from the backyard or on their way home.”

It uses Siri to connect to other HomePod minis in the house and hop messages from one device to another. So, for example, if you have multiple HomePod minis in your home, you can invoke Siri by saying the “Hey, Siri Intercom…” command and ask your family member in the other room what they’ll like to order for dinner.

Intercom on the HomePod mini kind of makes you lazy. C’mon, you wanna call someone from the other room? Walk a few steps.

On the other hand, Intercom is also extremely useful since it’s not only associated with the HomePod mini but also your other Apple devices—including CarPlay. You can send messages to your home using a simple Siri command on your CarPlay and it will relay it to the HomePod mini sitting at a desk in your home. Whoever is in the room will get to hear the message and respond.

In Apple’s announcement video, a man returning home in a CarPlay-enabled car speaks to Siri, “Ask everyone, who’s hungry? I’ve got Pizza,” and the message is relayed to every HomePod mini speaker throughout the home along with a notification on every family member’s personal devices, be it iPhone, iPad, the Apple Watch, and the AirPods.

Can you use Intercom without a HomePod and just your iPhones?

While you can send Intercom messages from anywhere to your HomePod mini sitting at a desk in your home (and those messages will be conveyed to your family’s personal Apple devices), it isn’t entirely clear if a HomePod is necessarily required for Intercom to work.

If you remove the HomePod mini from the equation for a second, you’ll realize that Intercom does not make any sense. If you were to send messages from your device to a family’s personal device like an iPhone, iPad, or an Apple Watch, you’d be better off simply sending a voice message via iMessage.

So, it seems that a HomePod mini is necessary for Intercom to work.

Can you Intercom to a HomePod mini in another house?

We think it might be possible. HomePod mini’s connection and the upcoming Intercom feature is tied to the Home app. Now, the Home app allows you to add multiple Homes, which suggests that you’ll also be able to set up Intercom in more than one household.

Will the original HomePod support Intercom?

Apple didn’t specify if the original HomePod that it launched in 2018 will receive any Intercom love. However, according to Apple’s website, Intercom is officially coming to the HomePod. Apple says that it will launch Intercom at a later date, which we suspect will be when the HomePod mini launches—November 16.

When will Intercom become available?

According to Apple, Intercom will be available at a later date. We can safely assume that will be when Apple launches the HomePod mini on November 16.

How will you be able to set up Intercom?

Since the entire control of HomePod and the HomePod mini lies in the Home app, you will be able to set up Intercom from there as well.

Furthermore, the setup process will also allow you to choose who among your family members is allowed to relay Intercom messages from their personal devices. We’ll update this article later when the HomePod mini starts shipping and the Intercom feature becomes available.

The new Intercom feature takes advantage of Apple’s ecosystem to offer benefits that no other smart home speakers offer. For instance, even though smart speakers like Amazon’s Echo and Google’s Nest have a similar feature, you cannot use it outside of your home, say, with your phone.

Apple’s deep integration with all its devices seamlessly allows you to use the Intercom feature even when you’re miles away from your home, which is really great.

The HomePod mini will be available for pre-order starting November 6 at $99 and shipping starts on November 16.