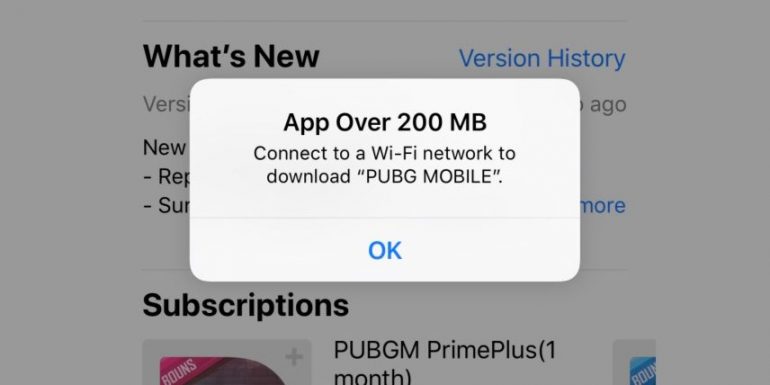 Apple has finally revealed iOS 13. While Apple’s VP of Software Craig Federeghi announced a buttload of important changes to the software, many new changes have gone under the radar.

This often occurs at WWDC events. Only so much time is in Apple’s hands to announce updates that a few notable ones have to fly under the radar. One such update that missed our eyes that is otherwise quite important for users is the waived off app download limit over cellular connections.

In the huge list of updates not worthwhile talking about at the event, Apple sneaked in this one:

Before iOS 13, Apple allowed users to only download apps over cellular which had a file size of 200 MBs and below. However, ironically, even most basic apps on the App Store have a file size that extend well over 200 MBs.

This was frustrating, since there was no exception for users who had unlimited data plans from their carriers. Thankfully, though, iOS 13 changes that.

This is a liberating update for us as we’ve been requesting this update for too long now and it’s only now that our requests have been answered.

Apart from this, iOS 13 packs in a ton of new features and improvements. Main highlights include a long awaited dark mode, updated apps, an updated share sheet, and other minor tweaks and improvements. Stay tuned for more updates, though.

WWDC this year has been a great experience with Apple providing us with the improvements we asked for, not the ones their research team found out about.

Check out what else is new:

How to install iOS 13 Beta 1 on iPhone and iPad right now.