iOS 12 Developer Beta 3- Here’s most of the new notable stuff! 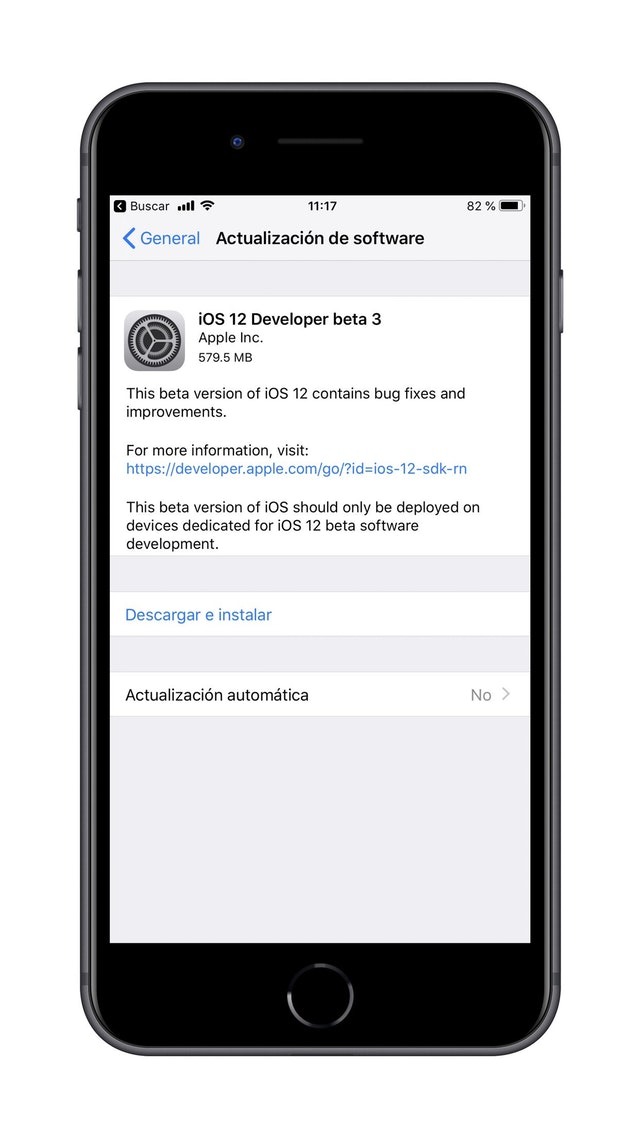 Pursuant to the traditional manner, Apple has released the third iteration of its new iPhone operating system for developers. iOS 12 Developer Beta 3 brings a lot of tiny perks, while mostly focusing on bug fixes.

With iOS 12 Beta 3, Apple has finally set foot on the ground and has been listening to its users and developers. This wasn’t the case with iOS 11 as it was a ground for a plethora of bugs. Although, the tech giant is shifting its bubble towards proving iOS 12 to be worthy of installations. Instead of surprising users with perks, iOS 12 Beta 3 falls more on the bug-fixing part.

Here’s what new in the latest beta from Apple:

The iPad gained a voice memo app with the launch of iOS 12. Well, it seems that Apple is already working on improving the same. In Beta 2, the voice memo app for iPad had a squared design that appeared to be resembling an iOS 7 design- except there was a heavy application of the bold text.

However, in beta 3, the app has gained more of Apple’s infamous rounded rectangles and blurriness. As Apple works towards making everything simple (so it says), the voice recorder, in fact, looks intelligible.

The Reddit user by the name- u/MMikolaj1 spotted it out first and posted the comparison.

[FEATURE] Redesigned voice memos on iPad in Beta 3 from iOSBeta

A lot of improvements in Maps

It is a proven fact that Apple maps are not one of the many options for a million users. Although, with iOS 12, Apple has promised to improve the Maps experience to an extent that it becomes the numero uno option for most users. iOS 12 Developer Beta 3 is just a medium for the subject’s improvement.

There are a bunch of enhancements that increase the chance of reliability on Apple Maps. Some of them are listed below

Maps in the San Francisco Bay area are more detailed

The Reddit user MMikolaj1 spotted this one as well. He posted a comparison showing a map of the San Francisco Bay area on beta 2 and beta 3. The map seems to be having more beacons and markings. And the terrain itself appears in-depth as new road markings have been added. The colors on the map itself are now a tad on the lighter shade.

[FEATURE] Maps in San Francisco and the Bay Area are more detailed in beta 3. from iOSBeta

According to a Reddit user- u/seawanderer, the street where he/she resides wasn’t previously visible on Apple Maps. But, iOS 12 Developer Beta 3 fixed that with the correct name of the street. This advancement could be due to the acquisition claiming Apple to be rebuilding the Maps app from the ground up.

GPS has been fixed

The previous 2 betas had an awry issue that rendered the GPS of a lot of devices on iOS 12 useless. While most users didn’t report a problem with the GPS, it turns out that those with iDevices having an Intel modem were the prime sufferers. The problem has been since fixed, though, with the release of beta 3.

In the battery section, if at any point in time, the low power mode was enabled- the iOS device will now show a yellow colored bar graph. In previous betas, no matter if you had low power enabled, the device always showed a green bar graph indicating battery usage. This is a very subtle change among other new enhancements.

[Feature] when your iPhone has low power mode enabled it will show in a yellow color in the battery section. iOS 12 beta 3 from iOSBeta

New animation while 3D touching “Clear all” button on notifications

This new animation when 3D touching “clear all notifications” is 👌🏼 pic.twitter.com/3LbihFzYjd

One Swipe gesture for clearing alerts is back

iOS 12 Developer Beta 3 brings back the old ‘one-swipe to clear alerts’ feature for notifications. In iOS 11, clearing notifications individually demanded a swipe to the left. But the gesture was removed in iOS 12 and replaced with another option to further manage notifications intuitively. However, Apple has brought back the one-swipe gesture.

You can now 3D touch on the notifications to intuitively handle them on an iPad. For the record, an iPad doesn’t house a 3D touch sensor by design, but you can now long press on software bits to make replicate 3D touch functionality.

The SIM unlock screen now shows up almost instantly after a reboot, while this wasn’t the case with previous betas.

Beta 1 and Beta 2 of iOS 12 had this problem where CarPlay would unwantedly disconnect when the rear-end camera was activated. However, this is now fixed with iOS 12 Developer Beta 3. However, some users report of the bug still appearing to be prominent for some car manufacturers.

That is all for now. This post will be updated constantly as new features will be discovered. Here are Apple’s full Release notes for iOS 12 Developer Beta 3. Do check out!