Are iOS 12’s Grouped notifications better than that on Android? 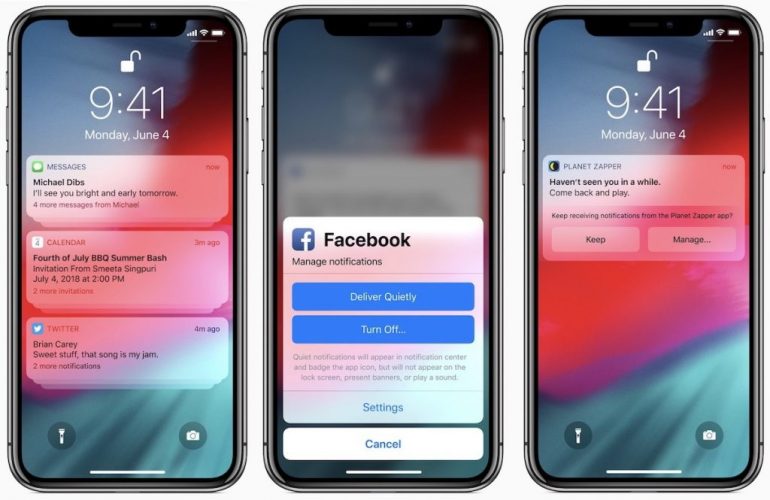 After a lot of imploring by fellow iOS users, Apple finally has decided to sport grouped notifications in its flagship OS. This was way overdue. Android has had notification grouping since around 5 years now, and it’s improved year after year. Its latest iteration– Android P also has some new notification perks.

Just as you know, notifications play a conspicuous role in owning a smartphone. It’s a way for your device to communicate with your senses. Imagine not getting nudges everytime you receive a message from work! It could ruin the core aspect of your life; and this indicates how much we depend on our smartphones– so much that the mere concept of missing notifications could turn into dreadful nightmares.

Yeah, you can customize the way you group notifications, and it’s not the way you think it is. It’s far more avant-garde. Also, it’s a bit difficult to explain how it works but I’ll do my best to keep it as simple as possible.

Let’s take WhatsApp, for example. Usually, notifications from it appear in a string spruced up in chronological order. And that gets out of hand easily when you expect a hundred messages from your SO, as you have to scroll below until you reach to the first text. Now, imagine getting such notifications from five different chat apps at the same time, and you’ll know why the old notification system was deceptive. Thankfully, that changes with iOS 12. With it, you can now group notifications based on an individual contact (considering WhatsApp). So, basically; you have two options:

While this is not a huge appraisal, it affects the time you previously required to scroll through ungrouped notifications. And it significantly simplifies stuff. Well, it’s not just limited to that; you can also opt to turn off group notifications if by anyway grouped ones offend you.

Although, there’s a thin line in between when it comes to the argument of whose notification grouping is better. Android, by default, offers to group notifications. You don’t have to delve into the settings to manage how you show notifications, instead just swipe on a notification to extend it more right off the bat– allowing to show messages separated according to their individual contacts respectfully (in WhatsApp’s case). On the other hand, swiping, again and again, could be a lot of work for a lot of people. So preference to one-time settings could be golden. And iOS 12 kinda nails that.

The user preference model works the best in this case!

So, where does it take us? Well, in conclusion, the winner depends on the user’s preferences. If you like swiping down thrice to reveal individual notifications, Android is where you want to be. If you like more simplistic notifications– yet effective enough, then iOS might be your go. Although, in my opinion (not that it matters), iOS has a better notification setup. And I’m not saying this because I’m biased towards Apple products and services, or something; but I feel that with iOS 12’s notification system, Apple has nailed the customization part– which is usually Android’s role. In Android, you’re not allowed to turn off grouping, while you can easily do that in iOS 12.

Most other publications on the web have stated iOS 12’s notification system to be as good as Android’s; some of which are– The Verge, BGR, etc. But, that fact is clearly refutable.

The latest iteration of iOS from Apple also has other new stuff that you might wanna know about. However, it’s set to release for everyone this fall. Until then, you can test it out by registering as a developer or if you are already one, you can install the beta profile from Apple.