How to revert to original settings after modding your iPhone with Houdini on iOS 11? 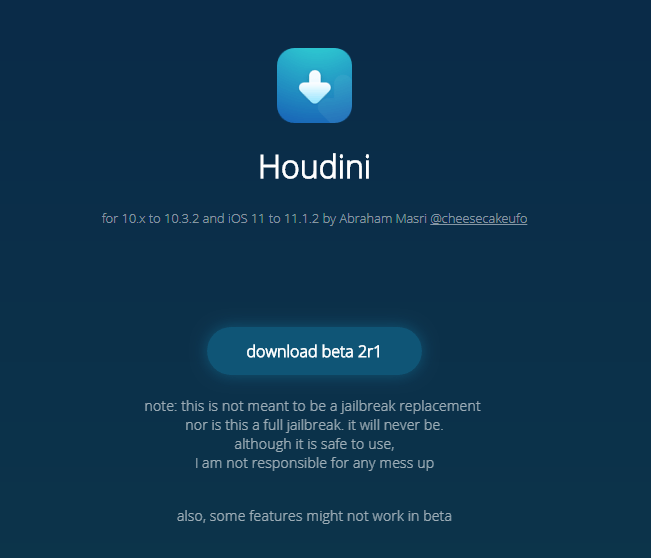 The recent months have been a great period for jailbreakers and jailbreaking in all. It’s like lots of developers have suddenly opened up their hearts to develop something for the “thought to be lost” community.

Many of the prominent projects launched by developers include two jailbreaks for iOS 10.x namely Meridian and G0blin and a jailbreak for iOS 11.0 to 11.1.2 named as the LiberIOS jailbreak by Jonathan Levin.

I don’t know why developers choose to include ‘zero’s’ in their project names? But, for some reason, they have a stunning feel to it.

But, even with this knowledge that a completely functional jailbreak is just around the corner, people want something to amuse their minds for the time being.

For that purpose, Abraham Masri released a utility tool that helps you tweak basic areas of your filesystem to partially enable customisability on your iPhone. With this tool, you can change the shape of your icons, rename them, remove their labels, colorize the icon badges, apply custom themes, and even change the boot animation. It’s called Houdini.

But, as of now, you can’t apply themes on devices base on iOS 11. Also, the developer has abandoned further development of Houdini and rather made it open source for the public to customize it as well.

I’ve tried it and it’s fun. As for people like me that can’t stick to a particular look for so long, reverting to the original settings and waiting for Saurik to update the substrate felt like the right thing to do. But, I’ve found it equally difficult to find a way to revert back to the original settings, as the reverting options in the app itself don’t seem to work! Also, it is easier to revert back using the method that I’m going to show you instead of individually disabling each change that you had made and simultaneously rebooting your iPhone. Seriously, it is a pain in the butt.

Well, a simple way to revert back to the normal state of your iPhone after done with enhancing it using Houdini is just performing a simple “Reset All Settings” function.

I hope this community stays fresh like this forever. Clearly, it feels very good to appreciate that there still are some developers who are interested in the good of this community. They invest their time, money, and energy to provide us those little bits of happiness. Let’s donate some money so that they could keep up this good work. Peace!