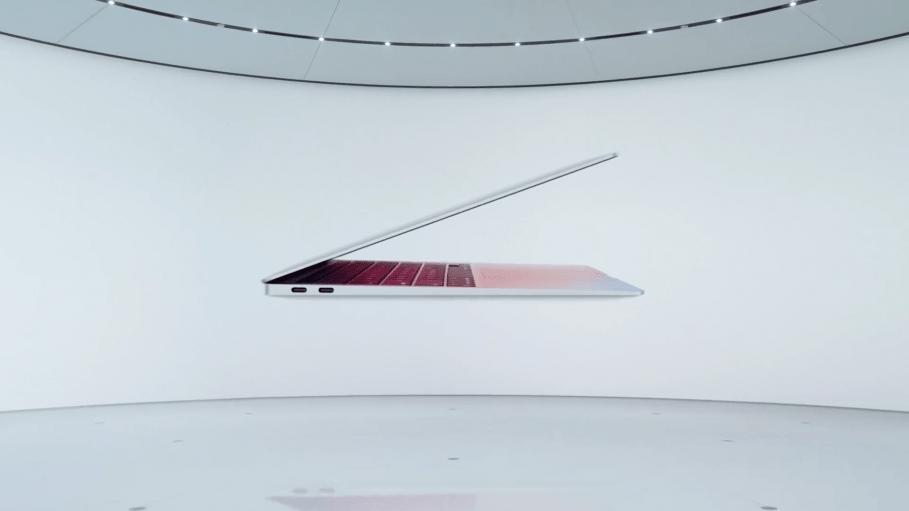 Apple has announced the 13-inch MacBook Air at its “One More Thing” event today. It’s one of the first Macs to kickstart Apple’s transition from using Intel chips within Macs to custom silicon.

The new MacBook Air features Apple’s latest M1 processor—which is Apple’s first custom silicon chip for the Mac. It offers considerable improvements in power and efficiency. It features up to 8-core CPU and GPU alongside a 16-core Neural Engine.

With 8 cores, the new Air delivers up to 5 times faster performance. It’s faster than 98% of PC laptops sold in the last year, Apple says.

It delivers all this performance without a fan meaning it’s silent and offers 15 hours of web browsing and 18 hours of video playback. You can go twice as long on a single charge with the MacBook Air, thanks to the 49.9-watt-hour lithium-polymer battery.

Apple said the new processor will share a common arm64 architecture as the iPhone and iPad, meaning iOS and iPadOS apps will now readily run on the new Mac. However, according to a recent 9To5Mac report, not all apps will be cross-compatible at launch. Some developers have reportedly opted out of the cross-compatibility and their apps won’t be available on the Mac at least for the time being.

The new MacBook also features Rosetta 2, which is a framework that allows apps optimized for Intel’s processors to run on Apple Silicon as well, without developers needing to implicitly update them.

The new MacBook Air costs $999. $899 for Education. It’s available to pre-order starting today and will launch next week.

Check out all our articles in Apple’s Mac Event coverage here.