Why Android is Better than iOS 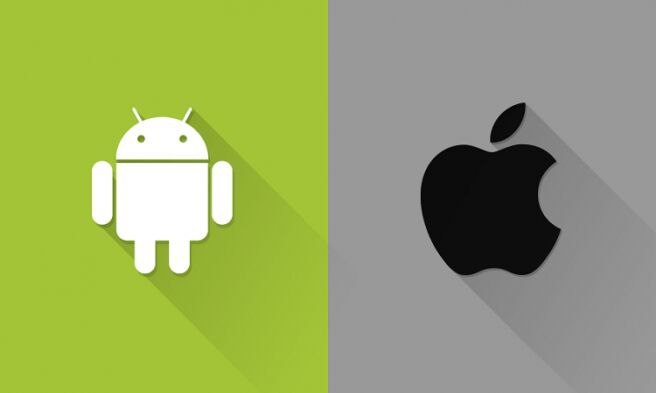 Just so you know, I wasn’t always an Android fan. My first ever phone was an iPhone 4S followed by iPhone 5S.

That was the time when I hated Android like hell. There used to be many debates amongst my friends and I always ended up supporting iOS.

But then I started feeling bored with the UI, and all the same app animations. I thought, why not try Android for a while now? After all there must be something in it that the people who use it are ready to challenge the undefeated iOS.

So yeah I tried using an Android phone as my daily carrier. It’s not that I hadn’t used Android phones ever, but I thought it was never my type. I chose Stock Android, and Motorola’s X line up had always fantasized me so I bought a Moto X 2nd gen.

It wasn’t the best in the Android segment, but good enough for my needs. Yes I was called a traitor, and a betrayer by many. And this was the first time I never regretted betraying someone, or rather something ;-).

And here’s why now I think that Android is far more progressed and better than its counterpart, iOS.

There is something for everyone on the Android platform. The sheer variety of Android smartphones that you can buy from manufacturers like Samsung, HTC, Sony, Motorola, LG, Huawei and others is staggering.

You can get a compact phone, something with a huge touchscreen, a stylus, an edge screen or even a physical keyboard (a la Blackberry). Niche demands like dual SIM are catered for, and the flagship devices are on the cutting edge when it comes to specs.

There are also features you just can’t get with Apple’s devices, like microSD and removable battery.

Yes, some Android manufacturers have moved away from these extras, but the nice thing about options is there are manufacturers that still do. The same story exists largely for the tablet market too.

Compared to the limited iPhone and iPad lineup, Android represents the choice on a grand scale. Sure, Apple has a few sizes to offer, but the size is really the only differentiator there. The iPhone 6s and iPhone 6s Plus, have pretty much the same specs with the main difference being screen size and resolution.

The same general argument applies to the iPads, even though there more choices than with smartphone counterparts.

You don’t need to empty your pockets to buy a decent Android phone.

This is what may come to you first on the list, but it actually follows the above point. A wide variety of devices with different storages means that Android has something for you at just about any budget.

And if you can afford to spend somewhere in the Rs.18,000 to Rs.25,000 ballpark, you can find a handset that gives a near flagship-level experience with just a few concessions in order to keep pricing down.

Almost anyone can afford an Android phone. It might not be all-singing and dancing, but there are solid budget options that give people a true smartphone experience. But that’s not the case with iOS. Due to its exclusive nature, Apple devices are few and placed at a high pitched cost.

Affordability has been a key driver for Android dominance worldwide and it continues to be. If you want premium devices that match and surpass the iPhone or iPad; you could go for high end Samsung or LG devices, but if you want a budget device, then iOS is a no brainer.

Oh hey!!! You can customize your phone just like you want it to be.

This extends all the way from simple things like live wallpapers, to customizing home screens by applying the extents of your imagination.

Plenty of iOS users loved it when Apple started allowing third-party keyboards and basic widgets, and that on its own is proof that this flexibility is what people want.

Did someone just say Widgets?

Android’s widgets have long been a feather in its cap compared to the lifeless and immensely boring widgets from the iOS ecosystem. Even Microsoft saw the advantage in developing the Live Tiles system for Windows Phone.

Widgets are still a major advantage for Android over iOS. Simply put, you can see all of the information you want at a glance on your home screen without having to fire up an app.

You wanna do two tasks simultaneously? Don’t worry we’ve got it under the hood.

You can argue iOS does multi-tasking all you want. And it’s true, you can do multiple things at once by switching apps back and forth, but that doesn’t even come near to the level of multi-tasking some Android phones offer.

Take Samsung as an example, which introduced multi-window long ago, in which you can view multiple apps at once.

Plenty of other manufacturers have also been doing this for years. Now even Stock Android users can enjoy this with updates rolling up in the Nougat version. Though… on the other side, you’ll have to jailbreak your iOS device to make it multitask as productively as android does.

Grab an iPhone, sit next to another iOS user and compare your home screens. Oh wait, they look exactly the same! That’s not the story with Android.

If you want control over how your Android smartphone or tablet looks then you’ve probably tried out a custom launcher. You can choose from a wide variety of custom launcher apps in Google Play and tweak everything from your home screen layout, to your page transitions, to effects and even gestures.

There’s no risk involved with launcher apps and you can really open up a world of possibilities.

A launcher also is good for those instances where you love a handset but maybe aren’t so keen on the manufacturer’s custom interface aka extra gel on the usual interface.

This stands out from the crowd of Google services and, while the excellent voice search has been rolled into the Google iOS app, there are elements of Google Now that you can only enjoy on Android.

When we look to our technology to push things forward and offer real convenience boosts to daily life, the predictive and pre-emptive nature of Google Now as it seeks to fulfill your desires before you think to search could be truly revolutionary.

Moreover, addition of the new Google Assistant has brought a storm into the world of virtual assistants, and is actually summed up to be better than Siri which is iOS’s own virtual assistant.

It may be a double-edged sword, but you can’t escape the fact that there are more free apps and games on Android than there are on iOS. Sometimes ports of the same apps that carried a price tag on iOS are free on Android.

There are also ways in which you can ‘easily’ port apps on your android phone just by invoking a package installer that is already baked in on android. While to do this on iOS, you might need to connect to a PC or a Mac to port the same app by using Xcode.

And to conclude with

The most important thing to me, is its vast user base. Consider a hypothetical situation, your battery is about to die and you’ve got lots of work pending and it’s still a long time home. Unfortunately you forgot your charger.

You always have a chance of finding a micro-USB or USB Type-C charger with someone nearby. (Unless you are stuck on an isolated island. May God helps you.)

But you won’t find a Lightning Charger that frequently.

At the end of the day; as everyone states, it’s all upon a user’s preferences!