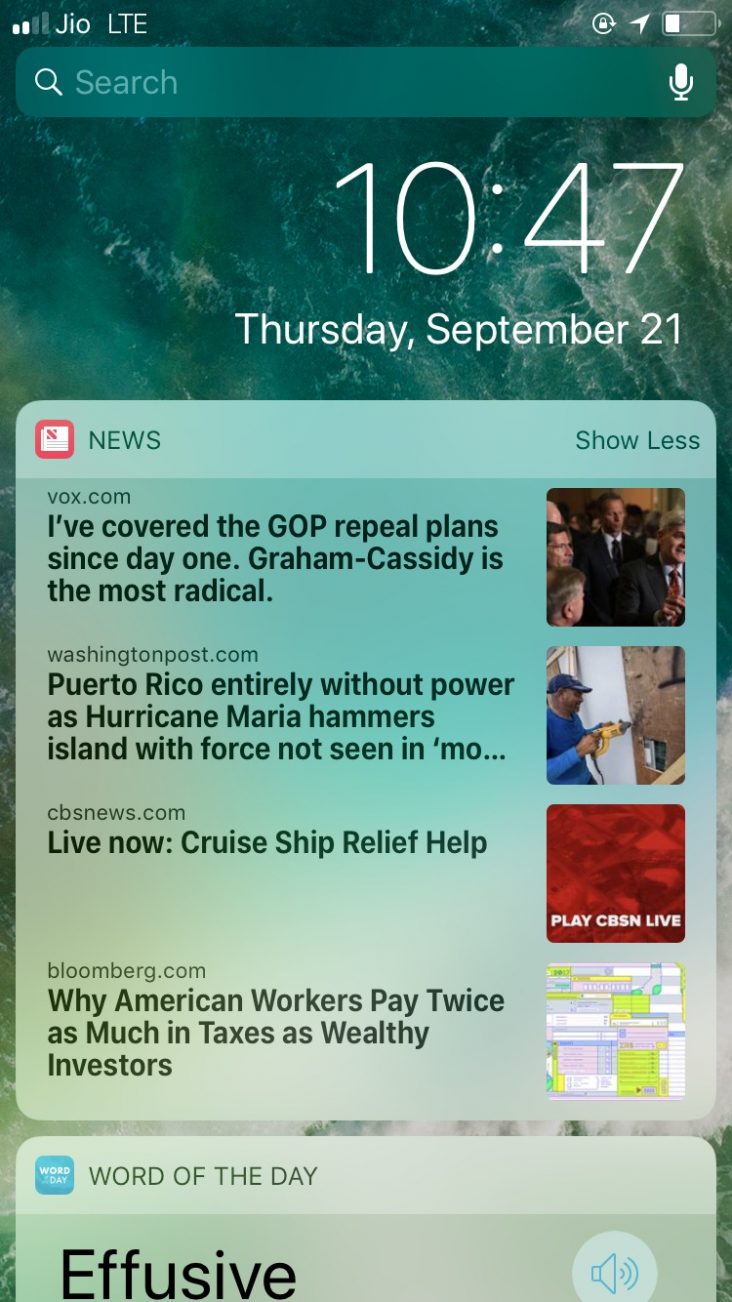 Coming from iOS 9, not many people installed iOS 10 initially when it was released to the public. That’s because they loved using iOS 9 and were very well acquainted with it! iOS 9 sported a cleaner look and had a single page control center with all the required toggles in it. I mean people didn’t have to swipe pages on the control center to access music controls. Things were pretty easy back then. Similar aspects apply to iOS 11.

Then came iOS 10, which had an inclusion of a slew of new features sporting better Siri and some design changes. Some people liked it, some didn’t. Eventually, time passed and almost everyone switched to iOS 10 on supported devices and started enjoying it more with each pointer upgrade. iOS 10 became more snappy and more reliable with increasing time. There were many apps created that were primarily focused at iOS 10 and improving its usability. After many iOS 10 betas and their official releases, Apple in June, announced iOS 11.

iOS 11 released to the general public this Tuesday. iOS 11 packs in many important and device-improving upgrades, which by far have seduced people to installing it. The new Control Center with customization features has proved to be a super useful aspect. iOS 11 also has an all new Siri which has a more natural voice and it does more. Apple’s clearly improving its game with this one. iOS 11 also has a drag and drop feature enabled system-wide, which lets users drag an image, a text etc from one place to another in a single app. I use this feature the most in the notes app. Also the new notification center has also improved……. Oh wait, the lock-screen now is the notification center as well, famously called the ‘cover sheet’. iOS 11 also has a completely redesigned App Store which looks more or less, a bit cleaner.

Though, while updating to iOS 11, people have a certain notion in their minds that make them feel like not installing the new firmware…… just like every time. We are here to take a look at what we miss on iOS 11 coming from iOS 10.

P.S. – These views can be preferential.

Personally, I miss the old control center which had a clean and simple interface. Though, we had to swipe a page away to reach to the music controls, it had a colorful vibe along with it! On iOS 11, the control center looks lifeless with a dull color to it. Moreover, the overall feel of the iOS 10’s control center was something different and could not be described in words.

If you get the reference-  “its like warm apple pie” .

I’ve started crying since this point on…

The new App Store is by far, Apple’s worst decision ever. I mean that it would’ve been nice if Apple would’ve tweaked a little part of the App Store and not completely redesigned it. Although, its crappy now! in iOS 10, you would get a row of apps separated beautifully according to their respective categories. The display of apps on the iOS 10’s app store was quite compelling. Well, its compelling on iOS 11 too, but not to the extent that users would like it to be. As an example, iOS 10 would display ‘Apple’s Free App of the Week’ in a separate bubble like advertisement that would make users click it right away. As for me, I can’t find the ‘Apple’s Free App of the Week’ anywhere on iOS 11’s App Store. This constitutes that iOS 11’s App Store reduces discovering capabilities, which is contrary to what Apple advertised.

4. The Wi-Fi and Bluetooth toggles.

iOS 11 has included new toggles like cellular data which makes it very easy to enable them. Though, the Wi-Fi and Bluetooth toggles are messy. In iOS 10,  the Wi-Fi or Bluetooth would turn off completely as soon as you would hit the toggle for them on the control center. Although, this isn’t the case in iOS 11. When you disable Wi-Fi or Bluetooth from the control center, you are just disconnecting from the current networks in Wi-Fi or current devices in Bluetooth. It will not turn off those features completely, putting a toll on your battery.

These are the things we would like to get back on our devices.

Check out our other posts as well if you like