The Pixel 2 and the Pixel XL 2! Do they step upto our expectations? 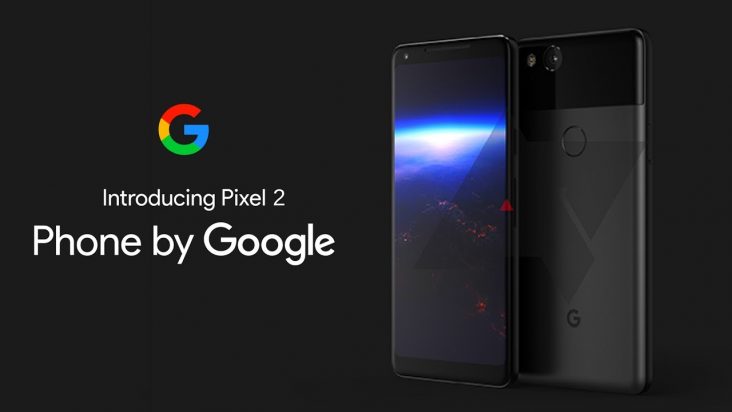 For a majority of the 10 years smartphones have been mainstream, phone makers have been copying each other’s designs. It’s not easy to differentiate when all you really have is a slab of glass and a handful of variables like materials, camera, ports, and bezels to work with. It’s only recently that we’ve been able to suss out some genuine schools of design thought, and genuinely competing philosophies of phone design are only beginning to emerge.

That’s why the designs for the Pixel 2 and Pixel 2 XL are remarkable: in its second year of making phone hardware, Google is establishing an aesthetic that isn’t just consistent, but is distinct from what both Apple and Samsung are doing. Google hardware is all about pragmatism and approachability. 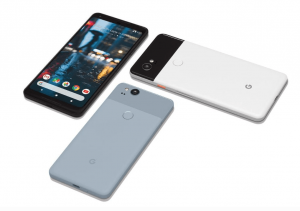 In some ways, the Google Pixel 2 phones buck today’s biggest trends. For example, the Pixel 2 and Pixel 2 XL don’t have super thin bezels and dual cameras like the competition (but Google says it’s tech’s so good, it only needs one camera anyways). In other ways, the Pixel 2s fit right in to the latest crazes, by adding water resistance and showing off an uncommon extra — in this case, squeezable sides. They also shake off the headphone jack, a divisive move that’s going to upset plenty of people. 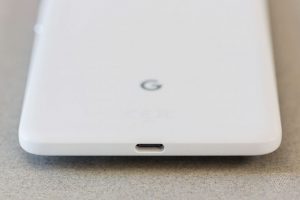 These Pixels are also the first phones to launch with Google Lens, a camera feature we loved when we first learned of it back in May.  (They’re not, however, the first to launch with Oreo; that’s the Sony Xperia XZ1.)

To Google, the new Pixels’ most important feature is the camera, which is a huge buying factor for many. The same camera appears in both the Pixel 2 and Pixel 2 XL, and Google hopes it can top the best-in-class low-light photography of last year’s Pixel and beat out the fine-detail quality and portrait modes of phones that have two camera lenses, doing the work with just one. That’s right, neither of the new phones has dual cameras. 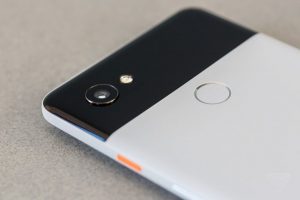 Both devices run Android 8.0 with some custom software and features from Google.

The squeeze gesture might be my favorite feature on the 2 and the 2 XL. Like the HTC U 11, they have pressure-sensitive sides, and a simple squeeze of the phones will launch the Assistant. I love this feature because it’s easily the fastest way to issue a voice command. Just pull the phone out of your pocket, squeeze it before it even gets to you face, and the voice system is already up and running, ready to take a command. For something I do many times a day, having an easy way to launch voice that doesn’t rely on the hot word will be nice.

The new home screen moves the Google Search bar to the bottom of the screen, where it can be more easily accessed. Up top, there’s a widget with your next appointment and the weather, and soon it will be able to show flight and traffic data. 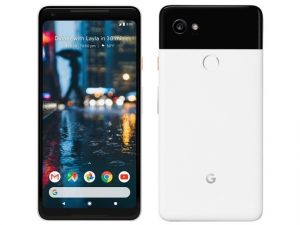 With the transformation of Google Now into Google Feed, Google started focusing less on the predictive calendar/flight/traffic data and more on being a news surface, so it’s nice to see a new front-and-center interface where this information can be seen again.

The 2 and 2 XL both feature a new, always-on ambient notification screen. This screen shows the time and notification icons, and since it’s super dark, it doesn’t use much power from the OLED display. Also on this screen is an always-on Music identification feature. If music is playing, the screen will quietly display the name of the song near the bottom of the display. Beaming audio data to Google 24/7 would be a bit creepy, so this is instead a local feature that uses on-device machine learning and doesn’t send any data to Google. The downside is that the music-identification selection is limited to 20,000 songs. 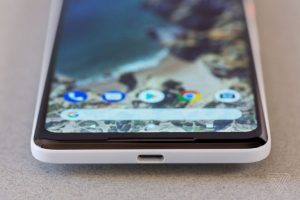 Around back, the Pixel 2 XL sports a single rear camera. While last year’s devices offered up a stellar camera experience, these new cameras are apparently in a league of their own. According to DXoMark’s ranking – which should be taken with a grain of salt – the Google Pixel 2 scores a whopping 98, making it the best smartphone camera ever tested by DxO. The camera itself is a 1/2.6-inch 12.2 MP sensor with an f/1.8 aperture. And, despite only having one camera, the Pixel 2 is capable of the same depth effect bokeh that dual camera devices offer.
But will they be able to stock up against the dual camera device beasts?

After much aplomb, Google’s new flagships are finally here and bring a ton of great features to the table. That doesn’t mean they’re perfect, though. They are priced higher than most people would like, and the lack of headphone jack will certainly turn some people away. 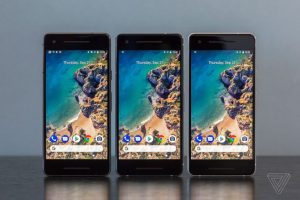