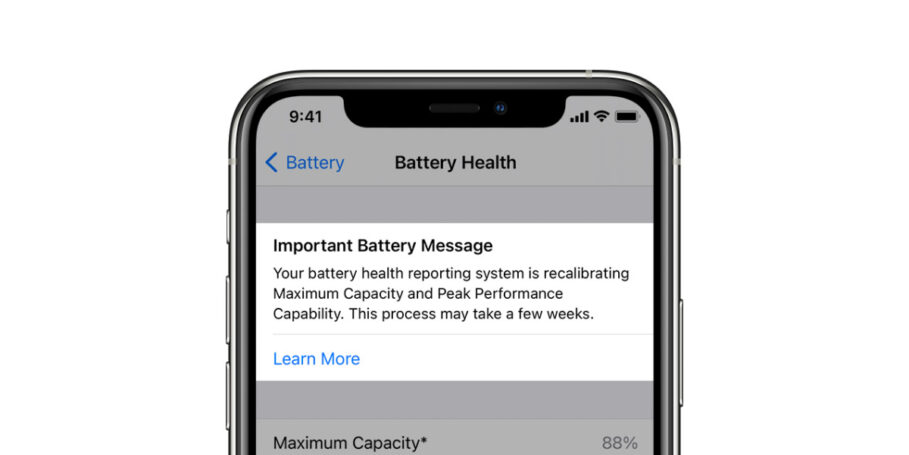 Apple unveiled a new Battery Health Calibration feature for its iPhone 11 lineup of devices alongside iOS 14.5 Beta 6 two around two weeks ago. The new feature automatically recalibrates these iPhone’s batteries in order to better reflect the Maximum Capacity of the battery and Peak Performance Capability of the device through multiple charge cycles.

The recalibration message appears within the Battery Health tab in Battery Settings and the entire process of recalibration is set to take a few weeks, according to the message.

Since iOS 14.5 Beta 6 was released on March 31st, it’s been around two weeks now as several uses have begun reporting a recalibrated estimate of their iPhones’ Maximum Battery capacity.

First spotted by The 8-Bit, a Twitter user named Guilherme (@guilhermelage91) tweeted his recalibration results stating that his battery health keeps going up on his iPhone 11 Pro. “It went to 86% after finishing recalibration and now after installing iOS 14.5 Beta 8 just went to 87%.”

It’s not just him, according to several other user reports posted on Reddit, the battery recalibration process has improved the Maximum Capacity percentage for some while it has deteriorated for others.

The new Battery Health Recalibration feature is expected to release officially alongside the iOS 14.5 update which is currently only available for developers and public beta testers in beta capacity. According to Apple:

Apple also says that after recalibration, your Peak Performance capability might be updated but won’t be noticeable by most users. “If a previous degraded battery message was displayed, this message will be removed after updating to iOS 14.5.”