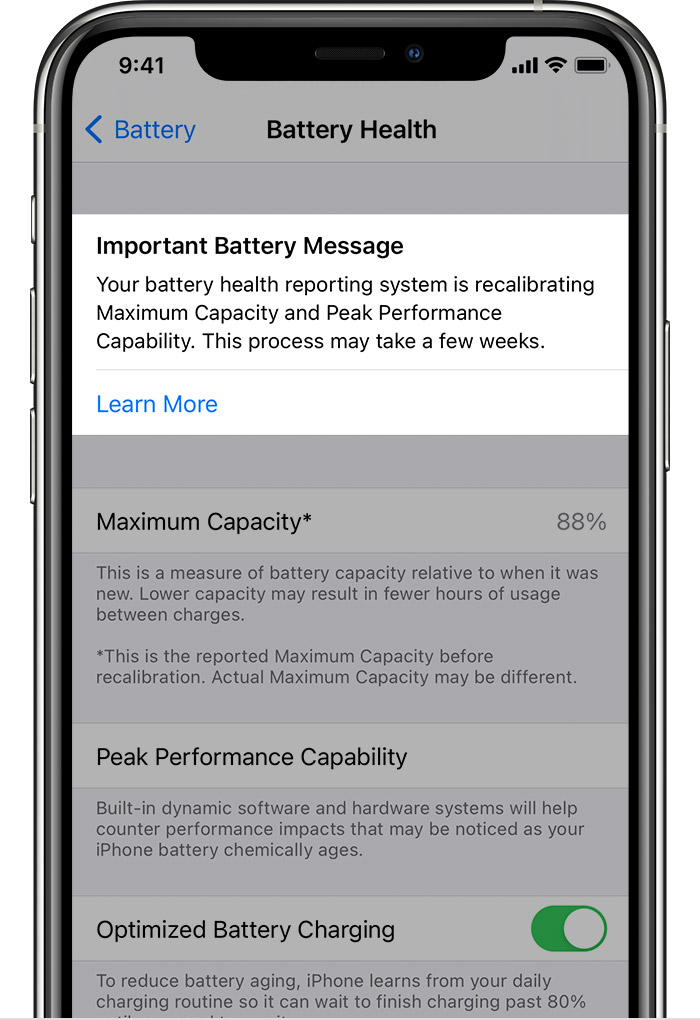 Apple has quietly introduced a new feature in iOS 14.5 Beta 6 that lets iPhone users recalibrate their device’s battery when it doesn’t last long enough or when they’re facing performance issues with their iPhone.

Apple says the battery recalibration will hopefully get rid of a bug whose symptoms include unexpected battery drain behavior and in rare instances, reduced peak performance capability.

The process of recalibration itself will take several weeks to complete and will occur during your iPhone’s regular charging cycles. Apple says the displayed maximum capacity percentage won’t change during the recalibration process and that peak performance capability might be updated but won’t be noticeable by most users.

The maximum capacity percentage and peak performance capability will be updated after the recalibration is completed.

Furthermore, Apple says that even after recalibration, if your battery health appears degraded, the battery service message will appear. In that case, an Apple Authorized Service Provider can replace the battery free of charge to restore full performance and capacity, Apple says.

The new battery recalibration feature interestingly only appears to be activated for the iPhone 11 lineup and will be available alongside the official release of iOS 14.5.