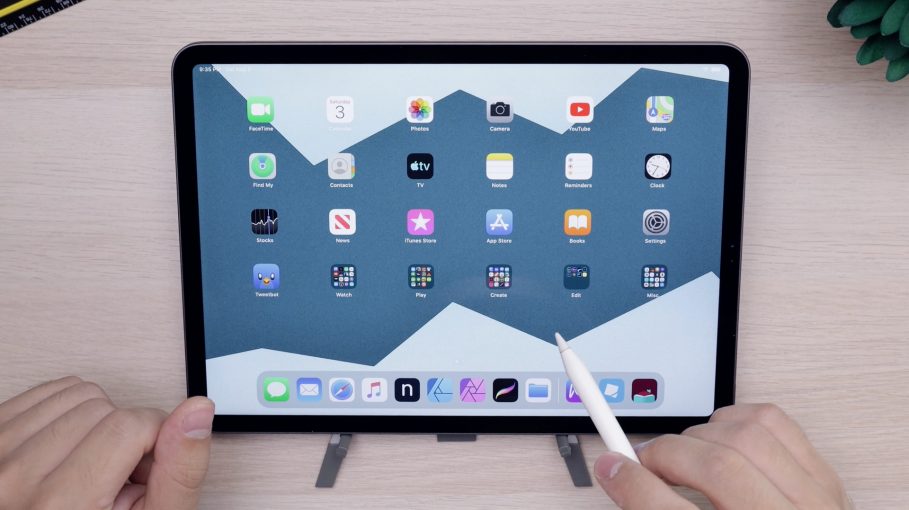 A recent paywalled report from supply-chain news publication Digitimes suggests that Apple may include mmWave 5G support in the upcoming high-end iPad Pro.

Apple has reportedly been successful in developing in-house AiP (Antenna in Package) modules for next year’s iPhone models—presumably, the iPhone 13. Apple’s push in developing its own AiP modules means the company could utilize these in its iPads next year as well, according to Digitimes.

Because producing such modules on a large scale is expensive, it is safe to assume only the high-end iPad Pro model will receive 5G support. The report also states that Apple’s ultimate goal is of supplying its own modems.

According to previous rumors, it is expected that Apple will launch a high-end 12.9-inch iPad Pro with a Mini-LED display for the first time. This could be the same variant to receive mmWave 5G support. Apart from that, rumors suggest that Apple is also working on an 11-inch Mini-LED iPad Pro.

However, mmWave 5G is only available in iPhones 12 units sold in the US which is operational through a distinct antenna placed within a noticeable glass groove enclosure on the edge. It is unclear when the rest of the world will roll out mmWave support.

mmWave is the 5G band that offers incredible speed boosts over 4G. However, it is extremely limited and several users have reported that they had to place themselves in specific spots near 5G towers in order to achieve a superfast reception. It offers a speed upwards of 1000 MB/s.

On the other hand, Sub 6GHz 5G bands—which are utilized globally—do offer speed bumps over 4G, but they have found to be barely considerable. Although, they offer widespread coverage.

The iPad Pro may benefit greatly from the purported addition of 5G. Users, for instance, could download large files including movies, which may go well with the new Mini-LED display.

Moreover, since Apple will be the one developing the 5G modules, there is a high chance that the company would be able to optimize these for its products to improve battery efficiency. This lends credibility to the Digitimes report as Apple would only bring 5G to the iPad Pro if it manages to find a way to sustain battery life, especially considering that more and more people are reliant on iPad Pros for professional usage.

Rumors also suggested that Apple would be adopting Qualcomm’s X60 5G modems in next year’s iPhone lineup. This means that there’s some time left before Apple switches to its own 5G modems entirely.