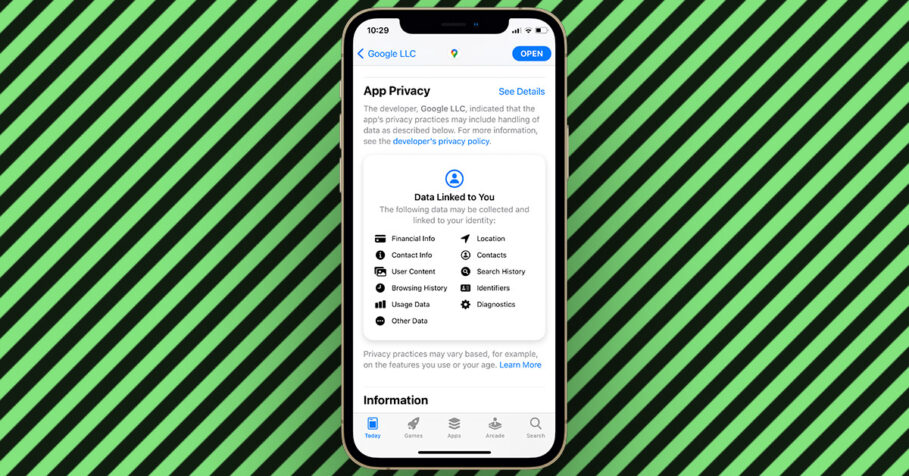 Google has finally updated its App Store page for the Google Maps iOS app with App Privacy Labels after nearly four months. Interestingly, the app hasn’t been updated yet.

Apple introduced the App Store Privacy Labels alongside iOS 14 as a way to increase transparency for users by indicating what kinds of data the app collects before downloading an app. While Apple launched iOS 14 in September, the company agreed to lend developers more time to adjust to the privacy changes and update their App Privacy Labels, thereby delaying the launch of the labels.

Apple made the privacy labels live on December 14 while also making it mandatory for app developers to include App Privacy information while submitting new apps or while pushing updates to their existing apps.

Google, for some reason, stopped updating its apps until two months ago when it again started updating its apps alongside App Store Privacy Labels. While almost all of Google’s popular iOS apps have updated their App Store pages to reflect the App Privacy Labels, some major apps were left out including Google Maps, Google Photos, Google Pay, Google Analytics, and more.

Now that Google has updated Google Maps’ App Store Privacy Page, Google Photos and Google Pay are yet to be updated. What’s strange, however, is that Google Maps still hasn’t pushed any updates to its app, even though it has added App Privacy Labels. It has been four months.

Google has also planned a handful of useful features for when it will update the app. Recently, Google announced that the iOS and Android app will gain Indoor AR navigation and eco-friendly route options alongside tools for drawing missing roads and sharing photos.