Want an iPad Pro 2018 case? We’ve got some wonderful recommendations!

Cheap, quality, and design mixed together. 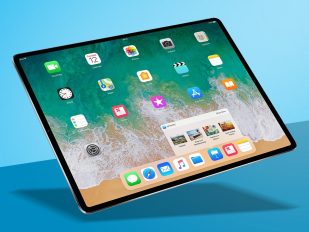 The iPad is a haven for users signing up for some cinch as well as for users who like to go hard on. Over time, it has spurred a ton of confusion so as to what exactly it is. Some like to believe it’s just a tablet, while others (including Apple) don’t budge from depicting it as a full-fledged computer.

But what tells apart the iPad from a computer is its ability to be slammed, packed, and rushed anywhere in an instant. If you are one of those who is always on the go, you might need an iPad. And once you get one, you might want to consider some cases to protect it from the brutality of your backpack, the harshness of a desk, and the concreteness of a concrete floor. You might just as well be in luck.

I scorched through Amazon to find some of the best cases you could ever buy. Most not only pose as cases but also add extra features to harness the iPad’s true potential. All-in-all, these are the best iPad Pro 2018 cases.

This case is the all-in-one solution for all your productivity needs. It probably has all the features you’ll need in a case that handles a device so large. You’ve got a magnetic stand that sticks to any metal surface, has ten different angles you can set the device at, and contains a slot to slide in the Apple Pencil. Speaking of it, you can also strap the pencil to the case; in case (pun intended) you don’t want to charge it. But still, want to carry it.

Not only does it allow you to pop in your pencil, but it also charges it. Well, that is an iPad feature, not case-specific. But the case, nevertheless, allows the wireless energy transfer. Additionally, the Muse Case’s TPU+PC shell offers 360-degree fall protection of up to 5FT. This model is for the 12.9-inch 2018 iPad Pro, though. And it’s available for $69.99.

This is a much cheaper option to the Muse case. Although, it does not offer all the functionality that the former offers, but since it’s cheaper that’s pretty much expected. Similar features include Apple Pencil charging support, automatic sleep and wake, and PU interior leather padding. The things that are new and which will probably amuse you are additional cash pockets and document holders.

If you are a student or even a journalist, you’ll love how this case is both versatile and functional. Trust me, it’s difficult to find both these days. And the ones that are available are too expensive. Thankfully, Toplive offers the Canvas Stand Folio case for just $19.99.

This is a case that falls more on the side of cheap non-functional cases. First off, Fintie offers it just for $16.99, which is an industry standard cost for non-functional cases. The only extent it goes is to automatically control the screen turning on and off when the cover is opened or closed respectively.

SlimShell also doesn’t offer drop protection. Although, it doesn’t miss out on the Apple Pencil’s importance. So, there are two loops where you can tug in your pencil. And the best part is that it also charges it. Conclusion? It’s a nice case if you fear to hold your iPad naked or just love to put on a case once in a while.

If there’s anything both weird and special about the 2018 iPad Pro, it’s the number of magnets it uses to empower the device. And the Fusutonus case does nothing but add more. But don’t you worry, cause that’s not a bad thing.

It comes with magnets so that you can snap the additional keyboard that comes with it. It’s a backlit keyboard with seven different light colors to choose from. But what I really like about the keyboard is that it allows you to adjust the backlighting, which is something that not a lot of cases offer. Also, the keyboard is a bit bulky, if not heavy.

The main reason for the bulk, anyway, is the keyboard’s tri-fold design that slightly elevates its edges so that the keys do not come in contact with the iPad’s screen. Just like other cases in this list, this case too does not fall back on usual features like wireless Apple Pencil charging and automatic cover detection. Moreover, the Fusutonus Smart Folio case is available in three different colors with the backlit keyboard and seven colors in all. It’s priced at a minimal rate of $43.99.

There is no reason this case should be sold by a company with a subtle name like Poetic other than its vibrant colors. Let me put it this way: it’s a mix-and-match of ruggedness and fashion. These usually do not go well together. But the “poets” over at Poetic have done a “Poetic” job at combining both.

This case has its prime focus on adding as much protection it can to your iPad, yet it doesn’t fail to make sure it’s still functional. It has sound amplification built-in, for instance, that does not de facto improve the sound but fills up for the sound that gets lost in the material of the case. And if you do a lot of processor-intensive tasks on your iPad, it offers heat vents that work towards dissipating heat and just oversees that the case itself does not cause any problems in effective functioning. Keep in mind, though, that it does not offer Apple Pencil charging support. That means if you’ll want to charge your pencil on the go, you’ll have to remove the case first.

Also, since it’s a full-fledged rugged case, you need not worry about the protection it offers. Get it for $18.95, though.

Now that you’ve ordered yourself a case for the iPad, check out some cool accessories for your Apple watch as well!