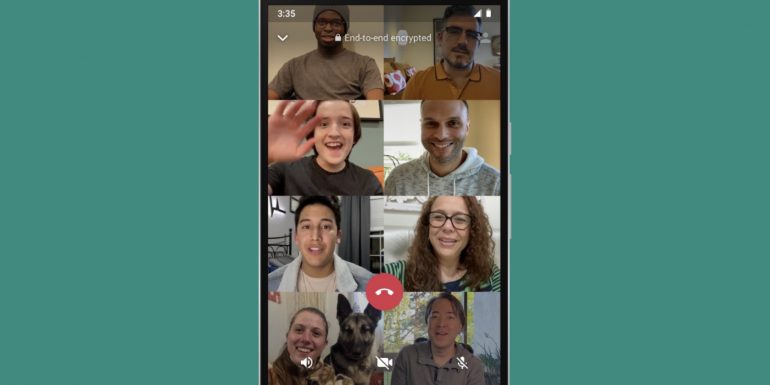 Jumping on to the video calling wagon this quarantine season, WhatsApp has introduced support for group video calling for up to 8 people at a time.

WhatsApp group video calls, for one, are end-to-end encrypted, which isn’t the case with Messenger Rooms. On the contrary, Messenger Rooms can admit up to 50 participants at a time, while WhatsApp can only admit eight. This may be because WhatsApp is considered as a personal messaging app rather than a place where people could gather and discuss work, so allowing only eight participants seem generally sufficient both from a privacy and a logistical standpoint.

WhatsApp is already rolling out this feature as of this writing. However, it’s unsure if it’s available for everyone yet. The update might be reaching users in batches. Let me know if you get it in the comments section below.

Facebook also says it’s going to roll-out similar features for Instagram as well. It’s only a matter of when.

You can download WhatsApp from here. Here are its release notes:

Group video and voice calls now support up to 8 participants. All participants need to be on the latest version of WhatsApp.