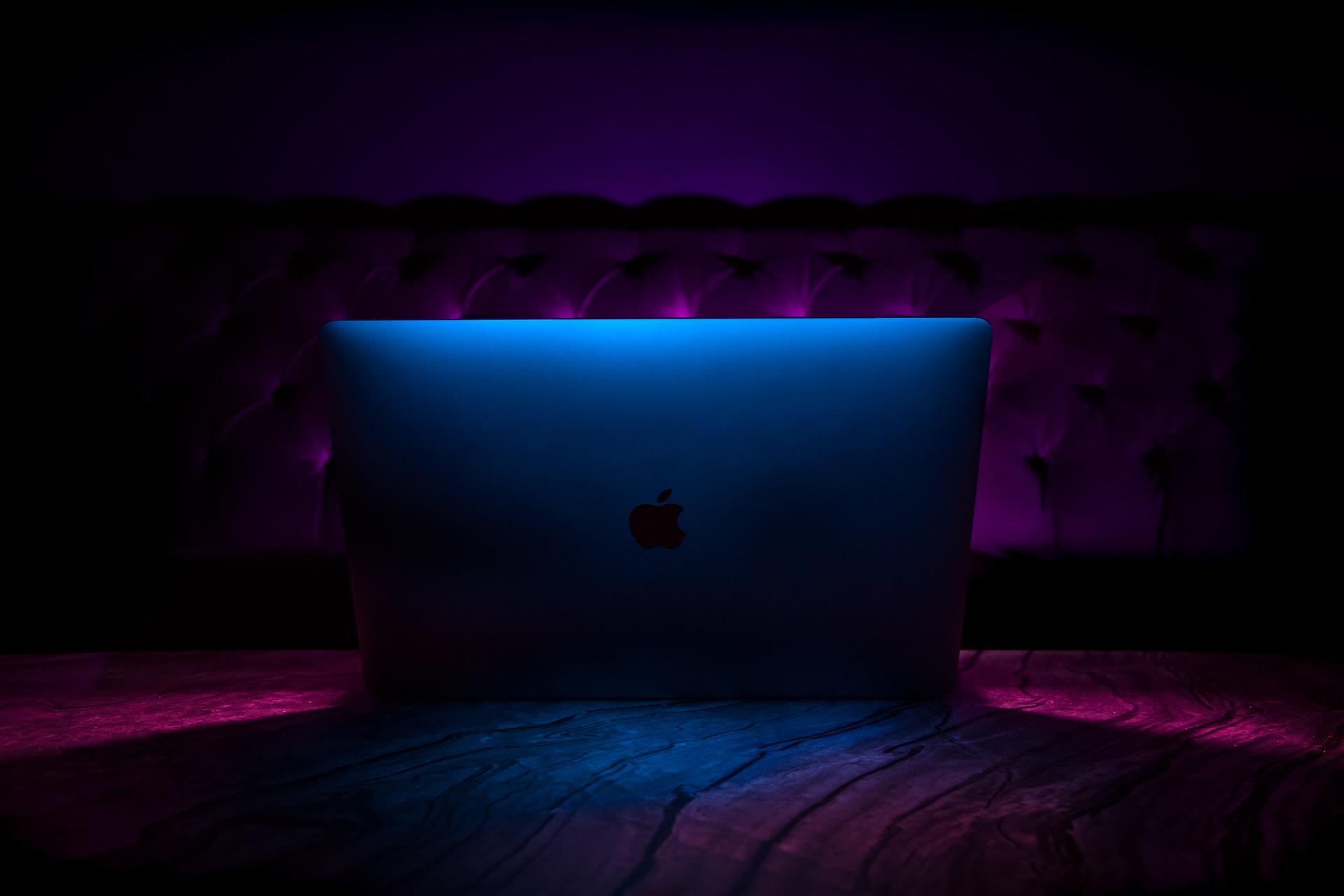 The rumored 2021 MacBook Pro models seem to be going backward, yet they could be the best MacBooks to be released in a while

Last year was a hoot in terms of the sheer quantity of Apple events held as well as the quality of the products launched at those events.

Apple unveiled its first-ever Macs with a custom-designed chip, which turned out to be exceptionally great. So much so, that it got people speculating that the M1 chips could define the future of computing. Then there was the iPhone 12, which brought along a nostalgic redesign and 5G support alongside other iterative improvements.

Apple also unveiled what is technically the low-cost version of the iPad Pro—the iPad Air 4. It has squared-off edges, shortened bezels, a faster processor, and instead of Face ID, there’s a Touch ID fingerprint sensor located in the power button.

2021 is already shaping up to be pretty good in terms of forthcoming Apple products. Thanks to Bloomberg’s Mark Gurman and TF International Securities’ Ming-Chi Kuo, we now have a basic idea of what the 2021 Apple products lineup is going to bring to the table, and it’s nothing short of exciting.

Don’t get me wrong. I am not comparing a laptop to a smartphone. The Samsung Galaxy S20 FE (FE: Fan Edition) released late last year and it grew popular among users. Why? Because Samsung had polled users on what they needed in their dream smartphone and pretty much crammed all those features in the S20 FE while also shipping it at a reasonable price.

The forthcoming MacBook Pro models are expected to tread on the same lines.

According to a report outlined by Ming-Chi Kuo and corroborated by Bloomberg’s Mark Gurman yesterday, Apple is planning on launching 14 and 16-inch MacBook Pro models around the third quarter of 2021. These two MacBook Pro models will, of course, ship with Apple Silicon inside and will be more powerful than the 13-inch MacBook Air and MacBook Pro that Apple announced back in November 2020.

But that was obvious.

What wasn’t obvious is the speculation that those MacBook models will also come with a squared design similar to that of the iPhone 12, will probably sport Mini-LED displays, and get this: include more port options alongside the return of function keys instead of the Touch Bar and MagSafe.

Yes, you read it correctly. The Touch Bar was quite a pain in the ass. But Apple may be making the right choice and dumping it now for good. In its place, Apple is reintroducing the old and reliable row of function keys that work every time you press them and that don’t have the ability to disappear amid a program running (I’m looking at you, Escape key).

The Touch Bar was one of the most controversial additions to the MacBook Pro lineup. It was expected to enhance productivity and make everyday functions faster, but it didn’t do much. Back when the Cupertino giant announced its original iPhone in 2007, Steve Jobs explained that a physical set of keys on a smartphone didn’t adapt to the application and weren’t scalable and that a software-based keyboard would solve that problem.

Apple might have tried to apply the same notion to justify the Touch Bar on the MacBook. In the case of the original iPhone, introducing a software-based dynamic keyboard would fix the problem of scalability and adaptiveness to different applications. However, when it came to the MacBook, there wasn’t much that needed fixing in the first place.

A keyboard is likely the perfect way to type on a computer. The tactile feedback received from the pressing of the buttons makes it a satisfactory experience. And truth be told, everyone is so accustomed to keyboards now that it feels like a second language. That is precisely why reviving the row of function keys would enhance the MacBook, not degrade it.

When it comes to computers that you depend on professionally or personally, you don’t need a bold innovation backed by “courage,” you simply need something that works.

The return of MagSafe to the MacBook

Apple is also planning on returning MagSafe charging to the Mac. MagSafe is different on MacBooks and is not to be confused with the one with magnetic wireless charging on the iPhone 12. A MacBook MagSafe charging system enables a user to easily plug and disconnect a charger using magnets, doing away with the fear of tripping over the charging cable and smashing your pricey Mac to the ground.

Although, I’m not sure if Apple will still want to name it MagSafe as it now clearly conflicts with the new MagSafe charging system on the iPhone. On second thought, both involve magnets, so only time will tell.

Apple is also said to be improving the charging speed over MagSafe on the forthcoming MacBook Pros. Kuo’s report states that it will offer charging speeds that are better than the current speeds USB-C offers. Moreover, the MagSafe charging port will live alongside the USB-C ports and will solely be used for powering the MacBook.

MagSafe 2 was the last we saw of the tech on MacBooks until the technology resurfaced in a new form for the iPhone 12 lineup. Now, since the new MacBooks are expected to include MagSafe charging, these are the improvements you can expect:

Apple is also planning to ship the upcoming MacBook Pro models with four ports instead of just the two present in the current MacBook Pro and MacBook Air. More ports always mean more productivity. You will no longer need to suffer the inconvenience of waiting out for a task that requires using ports to end just because all the ports on your MacBook are occupied.

Apple replaced all traditional ports with USB-C ports back in 2016. It was a highly controversial decision that Apple got some flak for. In Apple’s defense, the MacBook got more thinner. However, the biggest consequence of this decision was that users were left in a dongle hell, where they would need to purchase extensions that at one end plugged into the USB-C port and on the other end offered a bevy of I/O options including USB-A, an SD card reader and more.

The part of Ming-Chi Kuo’s report where he states about the ports on the upcoming MacBook Pro models isn’t quite clear. Kuo says that “most people may not need to purchase dongles to supplement the available ports on the new machines.” (via MacRumors)

Does this mean Apple is bringing back old ports? Only time and more definitive rumors can tell.

One of the biggest changes that the upcoming MacBook Pro models will ship with is a new design. According to Kuo, the new MacBooks are going to sport a squared-edge design like the iPhone 12, making it look boxier in appearance and in-line with Apple’s current lineup of products.

The redesign was much needed as the MacBook has looked pretty much similar for a long time now. It is expected to be the most significant design update to the MacBook Pro lineup in years.

The new MacBook Pro models will come in two variants: a 14-inch model and a 16-inch model. The latter seems to be the most sought after MacBook and Apple may see a considerable sales increase due to it. People who want to jump onto the M1 Mac bandwagon have been holding off for a 16-inch MacBook Pro and the forthcoming one seems to be a jackpot.

A successor to the M1?

The latest reports from Bloomberg and Kuo do not shed much light on the performance of the forthcoming MacBook Pros. The only thing Kuo mentioned was that these MacBooks will not feature Intel chips and instead use Apple’s own chips.

Currently, the 8-core M1-based MacBook Pro beats Intel Macs in almost all performance comparisons as well as real-life usage. Taking that into consideration, we can safely assume that the upcoming MacBook Pro models will be nothing short of beasts.

The latest reports do not indicate that the forthcoming MacBook Pro models will ship with a Mini-LED display. Mini-LED is poised to be a considerable change in the history of the MacBook, so the reports omitting them arise suspicion that the technology may not come to these MacBooks yet.

Despite that, there have been rumors flailing around that 2021 will be the year when Apple adopts Mini-LED displays for its products. If the upcoming MacBook Pros are a part of that is another question.

Mini-LED displays offer a better viewing experience than the traditional IPS LCD display Apple uses in its current MacBooks. With Mini-LED, users will experience a better contrast, better color reproduction, increased brightness, and more. It’s not better as compared to OLED, but it stands between LCD and OLED technologies in terms of the overall viewing experience.

Both the removal of the Touch Bar and the addition of MagSafe would make this the perfect MacBook for a lot of people in years. One thing I hope is for Apple to also bring back the glowing Apple logo. That would make me drooling over the new MacBook Pro models.

If this MacBook realizes this year, of which there’s an exceptionally good chance, it would make the MacBook Pro perfect for me, and for a lot of other people. After that, the only thing Apple could do to amp it up is to throw in a touchscreen display.

This makes me say, and I cannot stress this enough: this future MacBook feels like an amazing device, only if Apple doesn’t mess it up with buggy software.