There's still some time before you should ditch your Lightning cable 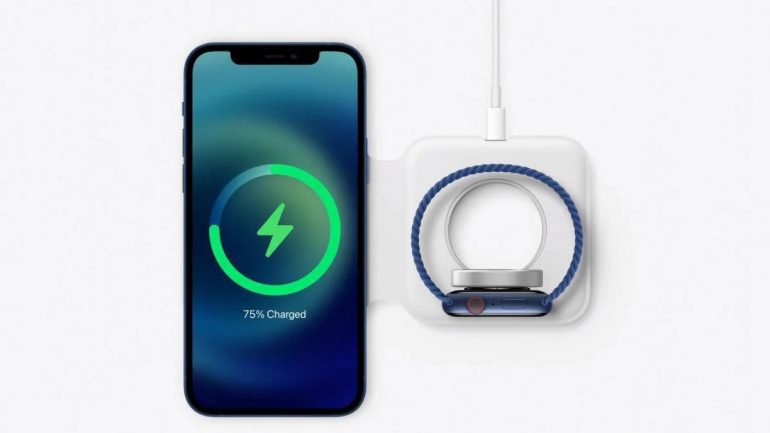 If only my iPhone could last forever on a single charge…

While that’s not possible, at least right now, the state of batteries and the different methods to charge them is improving lately. There are now two ways, as opposed to only one, you can fill up your iPhone’s battery—using a cable or wirelessly.

Wireless is the new option and the entire smartphone industry is at some point poised to switch to the technology completely. Apple has already taken its first steps towards a completely wireless future, where your iPhone won’t come with or need any cables to charge it or for transferring data. The Cupertino company launched its new MagSafe Wireless Charger that snaps to the back of an iPhone and charges it wirelessly.

For the first time, too, the MagSafe Wireless Charger offers 15W fast charging (albeit with a caveat) as opposed to the regular 7.5W that third-party fast wireless chargers offer. That said, wireless charging is getting closer in comparison to wired charging and soon will reach a point where it’ll render your cables useless. The next iteration of the MagSafe Wireless Charger might improve a lot on the current one, possibly offering faster charging speeds and being more convenient than ever to use.

So, let’s weigh out why the wireless future is better than the wired present. Here are 10 reasons why the MagSafe Wireless Charger is better than charging through your conventional Lightning cable. You should note that some of the advantages I list down below apply to wireless chargers in general because MagSafe is primarily a wireless charger.

Charging cables, even though they serve the significant purpose of juicing up your iPhone, are difficult to connect. The Lightning port on the iPhone is only so thick that you cannot plug the lightning end of the charging cable without looking. Moreover, iPhones do not come with any sort of tangible guidance on the device’s hardware that directs your fingers towards the lightning port while plugging a cable. This makes it difficult in places with insufficient lighting conditions and also for those who are visually challenged. Then there’s the inevitable issue of dust and lint filling up inside the Lightning port to the point that the Lightning cable just won’t fit.

MagSafe does away with that problem. With the MagSafe Wireless Charger, you need to blindly tap the puck on the back of your iPhone until it magnetically sticks. No need to hover around the bottom of the phone trying to stick a lightning cord in. It’s one of the major advantages of MagSafe when compared with Lightning.

Another advantage is that MagSafe allows more mobility, not necessarily in comparison with the Lightning cable, but against other wireless chargers. Usually, you’d have to place your phone on the charging mat and ensure the proper alignment of coils in order to begin induction. This meant that you couldn’t use your phone normally. Although, with MagSafe, you can now pick up your phone, use it in bed, use it twisted, upside down, and any other way you’d like while being assured of the fact that it won’t affect the wireless connection.

Security is just as important as convenience. While you may think that Lightning chargers are impervious to hacker attacks, let me tell you that they are not. In 2019, a security researcher was able to create hacked lightning cables that would let you take over a computer. The Lightning cable wasn’t original but looked just like one.

So, if you’re on the lookout for a Lightning cable in the market, you can easily be duped. However, this won’t be a problem if you use MagSafe, which is safer since it cannot transfer data. This way, you can safely charge your phone using wireless charging pads in public places.

The latest iPhones have IP68 waterproof certification, which means they can withstand dust, dirt, and sand, and are resistant to submersion up to a maximum depth of 1.5m underwater for up to 30 minutes. However, in order to make it even more resistant to external forces like water and dust, Apple needs to reduce ingress points from where these elements can enter.

MagSafe paves the way for Apple to effectively do that. In the future, Apple could find a way to facilitate wireless data through the standard which would render the Lightning port futile. Apple could entirely remove the lightning port to improve water and dust resistance. It wouldn’t still be completely waterproof, though, since speaker and microphone holes need to be accounted for.

Apple even registered a patent last year that suggested using waveguides for data transfer between an accessory and an iPhone. Although patents aren’t a definitive indication of a feature being realized in the future, they might just as well. And since Apple has already revived its MagSafe lineup of accessories, we can safely assume that if the iPhone goes completely wireless, it’ll use MagSafe as the standard.

Unlike Lightning, which is Apple’s proprietary charging port and is only there on iPhones, MagSafe is cross-compatible. This means that you can charge an Android phone through it just like any other wireless charger, thanks to the Qi wireless charging standard that the MagSafe Wireless Charger adheres to.

This wouldn’t have been possible with just the Lightning cable since you cannot connect it to an Android phone. So, if your Android friends hate you cause you couldn’t share your charger, you can now offer them MagSafe.

Portable battery packs that additionally offer wireless charging already exist, but they too are bulky to hold and don’t stick to the back of the phone as MagSafe could. With MagSafe compatible portable battery packs, you’ll be able to charge your phone even when it’s juggling around in your bag or purse.

There are a lot of other creative accessories that both Apple and third-party accessory makers can come up with. The possibilities are endless. It’s just a matter of time.

Apple recently launched its MagSafe Battery Pack that you can use to portably charge your iPhone even if you’re away from a wall charger.

MagSafe has a long way to go. But I think we can confidently assume where Apple is going with it in the future. Despite it still being in its first-gen phase, it’ll be interesting to see how Apple develops MagSafe to evolve along with the iPhone.

When Apple does so, I’ll hopefully be able to expand this list. Until then, if you have a reason why MagSafe is better than the Lightning cable, let us know in the comments section below.