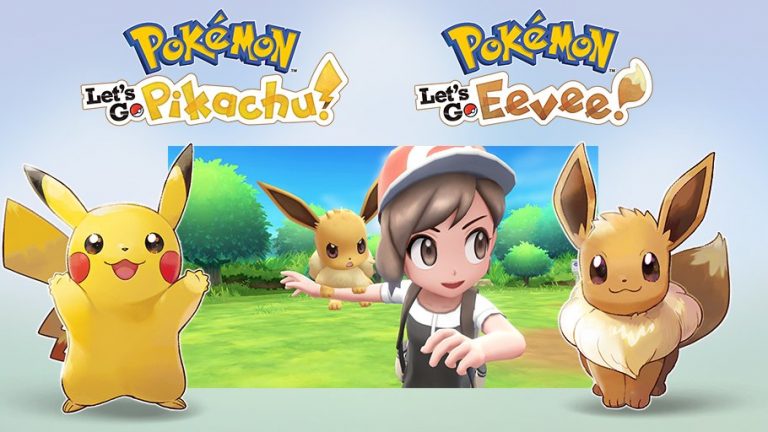 Last year during E3 The Pokemon Company announced that a new “core Pokemon RPG” would be coming to Switch. Needless to say anticipation has been building since and rumors have been getting hot. More recently, leaks have shown us glimpses of an elusive Pokemon Let’s Go that features Pikachu and Eevee. Many have wondered if these are the long awaited Pokemon Switch games that fans have wanted. Well now Pokemon Let’s Go is official and arrives November 16th. Is this the core Pokemon game on a home console of our dreams? Well, not exactly, but they’re still pretty exciting. 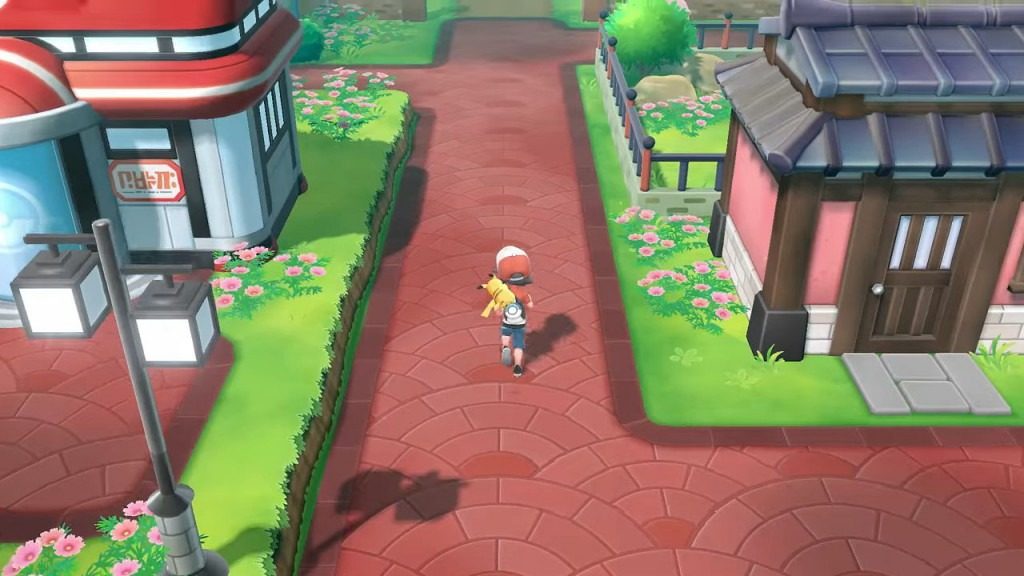 Pokemon Let’s Go Pikachu and Let’s Go Eevee are more aligned with the mobile Pokemon Go spinoff rather than mainline sequels to Ultra Sun and Ultra Moon. Yet these new games act like a hybrid between the two dichotomies of Pokemon. The aim is to take Pokemon Go players, never having played the traditional games, and introduce them to what the full experience can offer them.

Junichi Masuda, director of Let’s Go, wanted to simplify the experience for the newer incoming players. Catching Pokemon, for example, behaves exactly as it does in Pokemon Go. No more dwindling down the health of a wild Pokemon to weaken it before catching. Now you’ll simply use the Joy Con to “throw” your PokeBall a la swiping on your phone in Pokemon Go. All of this occurs with a single Joy Con, more on that later.

A nice new touch, just like in Pokemon Go you’ll be able to see the Pokemon in the overworld. Random encounters are gone, and I hope this carries over to core entry next year. 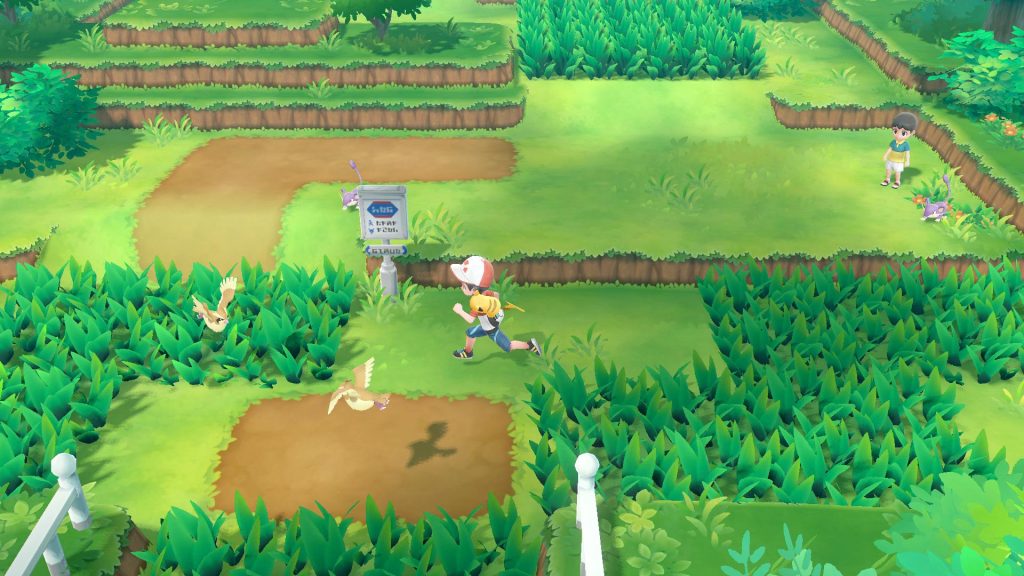 Trainer battles will be more familiar to those who’ve already spent countless hours with earlier games. Each Pokemon will have four moves to choose from, and you’ll take turns against each other. From the trailer, it seems as if you’ll be able to see your opponent standing behind their Pokemon. Seems like a nice touch.

Although we haven’t heard much in regards to leveling, we do know that it’ll be different than before. Presumably fighting other trainers will still increase experience, but without wild Pokemon battles maybe that’s it. Masuda did mention that he’d have more details at a later date.

Easily the biggest difference between Let’s Go and a core game comes with the connection to Pokemon Go. Any Pokemon from the first generation can be synced over via Bluetooth to the Switch. They’ll enter a new area dubbed the Pokemon Go Ranch where you’ll have to catch them again. It’s worth noting that once you’ve transferred a Pokemon, there’s no going back.

The tie-in with Pokemon Go shouldn’t be a huge surprise. For starters Go is shared with both titles, but this has also been stated as a goal of the Pokemon Company in the past.

Even if you’ve played Pokemon before, this entry could still be exciting. Although not explicitly stated, Let’s Go Pikachu and Eevee appear to be remakes of Pokemon Yellow. In the trailer a portion of typography reads “Your First Adventure. In A New Style.” all while featuring clips of familiar faces and places like Team Rocket, Professor Oak, and of course Kanto. 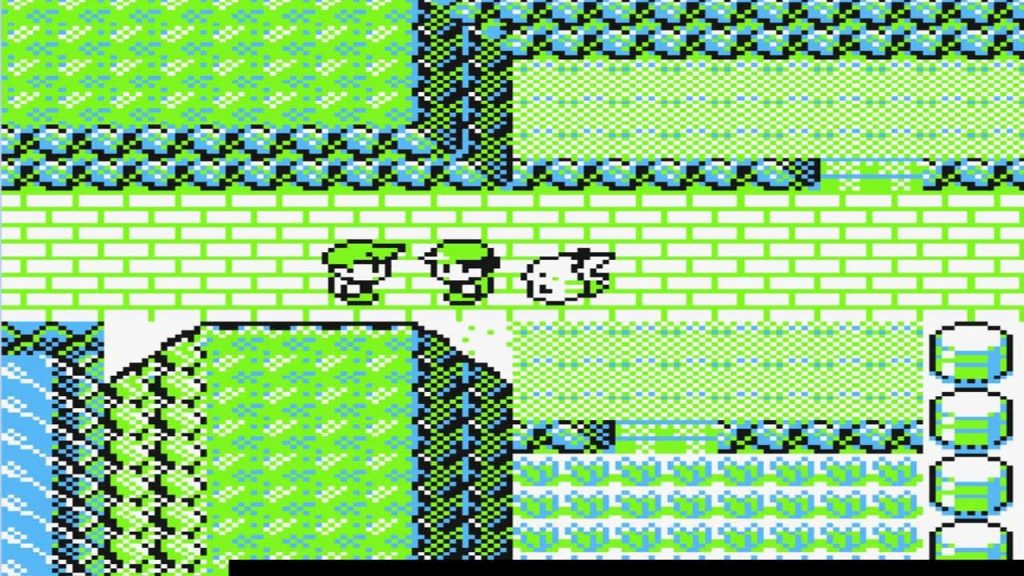 Beyond that, you can have a Pokemon follow you around similarly to Pikachu in Pokemon Yellow. Specifically in these entries, in addition to your Pokemon shadow, Pikachu will sit on your shoulder in Let’s Go Pikachu and Eevee will rest on your head in Let’s Go Eevee.

Maybe one of the most important new features of Let’s Go Pikachu and Let’s Go Eevee can be experienced with friends. Every game has included trading and battling, but none have allowed you to play co-op with a friend. Since you’ll be playing with a single Joy Con, a friend can grab the other and shake it to join in and support you on your journey. Even during a battle.

Masuda stresses the importance that each player has their own journey in their own game. So, when a second player joins in they are doing so explicitly help player one. Player two can throw a PokeBall in sync with player one to aid in catching a Pokemon. Trainer battles will become a two on one ordeal giving the advantage to the players. The second player doesn’t even get a choice in their avatar, it’s just the opposite of whatever player one chose at the beginning of their journey. If player one is a boy, player two is a girl and vice versa. 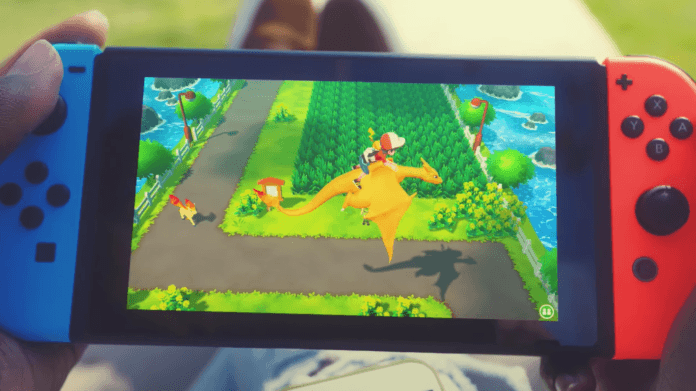 I’m positive there will be more updates in the months between now and launch on November 16th. As more information comes in, 8-bit will keep you updated. Stay tuned.

Oh and don’t worry, a core Pokemon RPG has it’s placed carved out for late next year, 2019.