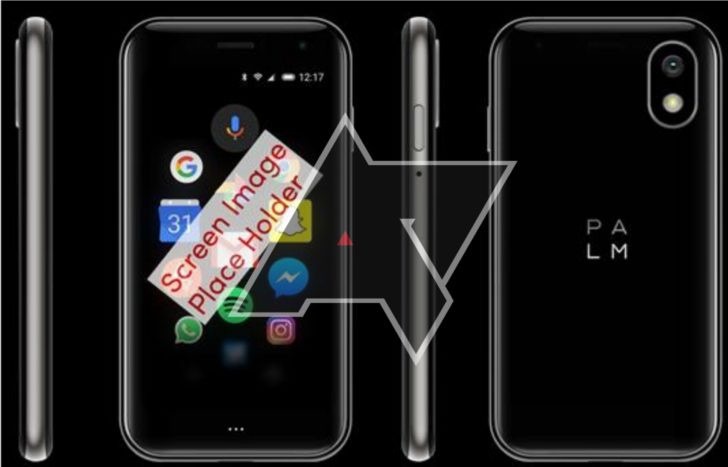 Apparently, if you’ve ever held a Palm in your hand, you’d be disappointed to learn about the latest allegations in favor of this new Palm device. It was spotted by AndroidPolice.

The device is codenamed “Pepito,” and it has the specs of a phone launched in 2010. The bizarre new device, headed for Verizon, surprisingly has a 3.3-inch 720p LCD display, making it the smallest smartphone currently. I get it, the Palm’s meant to fit your palm but anyone today would prefer a slightly larger screen, if not a phablet. Additionally, to add up to the embarrassment, the phone can hold only up to 800 mAh of charge into its battery, which is way, way behind the general terms today.

Even with a smaller screen-size, an 800 mAh battery won’t even last you a day. Although, things get a bit bizarre acknowledging the fact that this device is gonna have a Snapdragon 435 processor with 3 GB of RAM and 32 GB of internal storage. It doesn’t come very clear so as to why an outdated design; with a small battery, has an internal structure updated to match today’s requirements.

Plus, the phone will sport Android’s 8.1 OS, and will allegedly ship in Titanium and Gold color options. It’s a fact, judging by the photo that the phone will be adorable enough to hold it in your hands; it’ll fit in well, too. Palm has a history for compact and captivating phones, and this one seems to be no different; except for its awfully tiny screen size and battery capacity.

Again, there’s a lot of blurriness so as to whom this phone will be made for. Maybe people who don’t want to meddle with more standardized budget phones? Could it be the ultimate budget phone?

Well, there’s only one way to find out.

The Palm line of devices is historically known to be quite compelling and eyebrow-raising. The Palm Pre, for example, had impressive software along with a decent camera and a good keyboard. It was considered one of the snappiest phones of its time. It was also one of the phones which initially brought iOS-style multitasking cards into reality.

But, even at that time, Palm phones suffered from a bad battery life and worst screen qualities. And it seems that this alleged new phone tends to gruesomely continue this unholy vogue in the Palm line of devices.