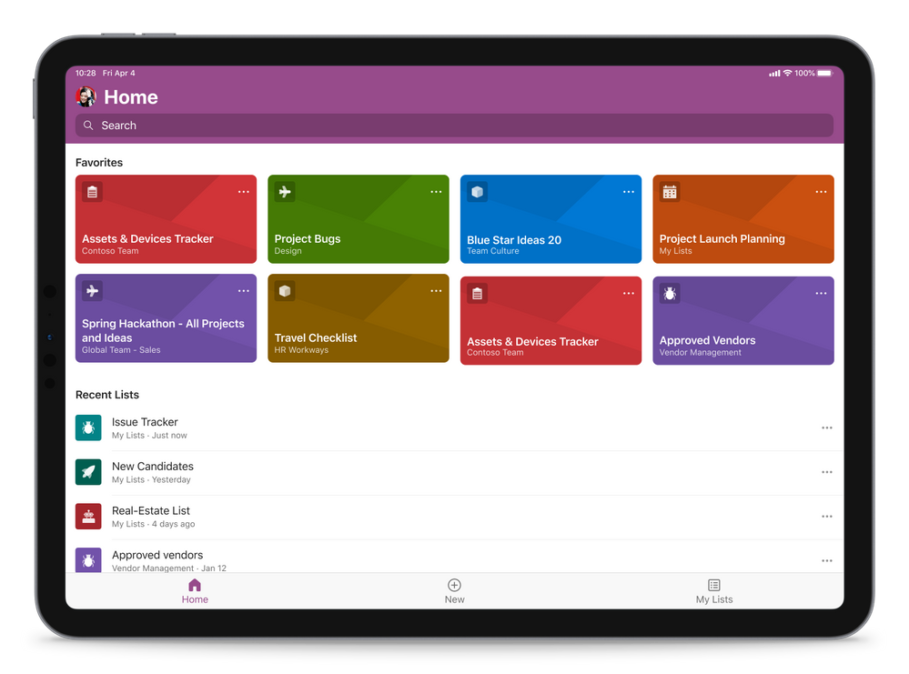 Microsoft recently updated its Lists app to natively support the iPad’s resolution and user interface. Widely used in organizations, the app previously only appeared in an iPhone’s resolution on an iPad, thereby wasting a lot of screen real estate.

Even Microsoft kind of acknowledges the fact that the app’s inconsistent design on the iPad bothered its users in a blog post announcing the support. It says, “We’re pleased to share Microsoft Lists for iOS now supports iPad. AKA, no more lists at 2x.”

Microsoft Lists for iOS looks great on iPhone and iPad, scaling the user-friendly user interface to give you the best access to create, edit, and share your information from your iOS device.

The extra screen real estate that the app’s users can now enjoy offers many benefits including a dedicated search bar that lets users search for lists, list items, and navigate their favorite and recent lists with ease.

Microsoft says the app’s experience on iOS is similar to that of Lists’ web client. Albeit, it’s sprinkled with iPadOS’ native design language so that users feel at home.

It’s worth noting that Microsoft Lists on iPad requires an active Office 365 subscription. While I don’t use the app regularly, it’s interesting to know that Microsoft is actively investing resources in developing native apps for iPad. This is especially true now that Apple is making significant advancements with the iPad, what with the recent addition of the extremely powerful M1 processor.

Some people I spoke with after Apple announced the 2021 iPad Pros told me they would now prefer an iPad to a full-fledged laptop. Naturally, it makes sense for companies to make their products compatible with it; and this sentiment will only grow in importance.

You can download Microsoft Lists for iOS and iPadOS from the App Store.