You can now mute posts from your friends on Instagram 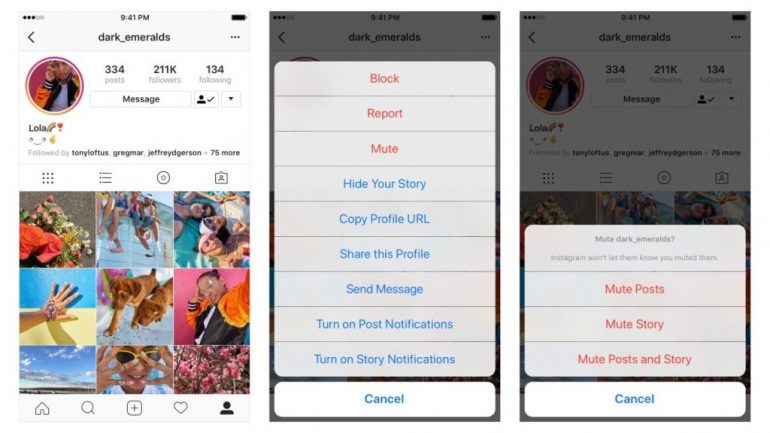 Instagram is rolling out a new feature to its users that lets you mute posts from your friends. And this proves to be a strong alternative to the ‘unfollow’ function.

Instagram has said in a blog post that it will enable its ‘mute posts’ or ‘mute posts and Story’ feature in the coming weeks. Well, the ideology behind this feature is to allow users to mute annoying posts/posts that you don’t want to fiddle with your feed, whilst not having to unfollow them giving a sense of deception.

Although, you will be able to still view your friends’ profile once you’ve muted them. And Instagram won’t notify your friend about the mute as well. However, you’ll still get alerts from your friend when mentioned in tags; and even direct messages.

This feature comes to light as more and more users are hopping on the Instagram bandwagon and it’s quite paralyzing to sift through your feed. When the feature gets activated for your account, you can tap on the three dots on the top right corner of the post whose account you want to mute and then tap on the option to ‘mute posts’ or ‘posts and stories’ from the user.

It’s fair what Instagram’s doing for its users, while Snapchat– of which Instagram is a replica, gets slammed repeatedly for its striking actions. I guess it’s the subtle changes that make a huge impact on how a platform is heeded by the user. It’s like a democracy, where people have the power to make or break a company.

However, Instagram also launched a feature aimed at health safety. What the feature does is inform users when they’ve viewed all the posts of the day from their feed. This lets users be aware of how much time they spend on the app and build a sense of encouragement to do something else rather than being jealous by glancing through your ex’s vacation pics.